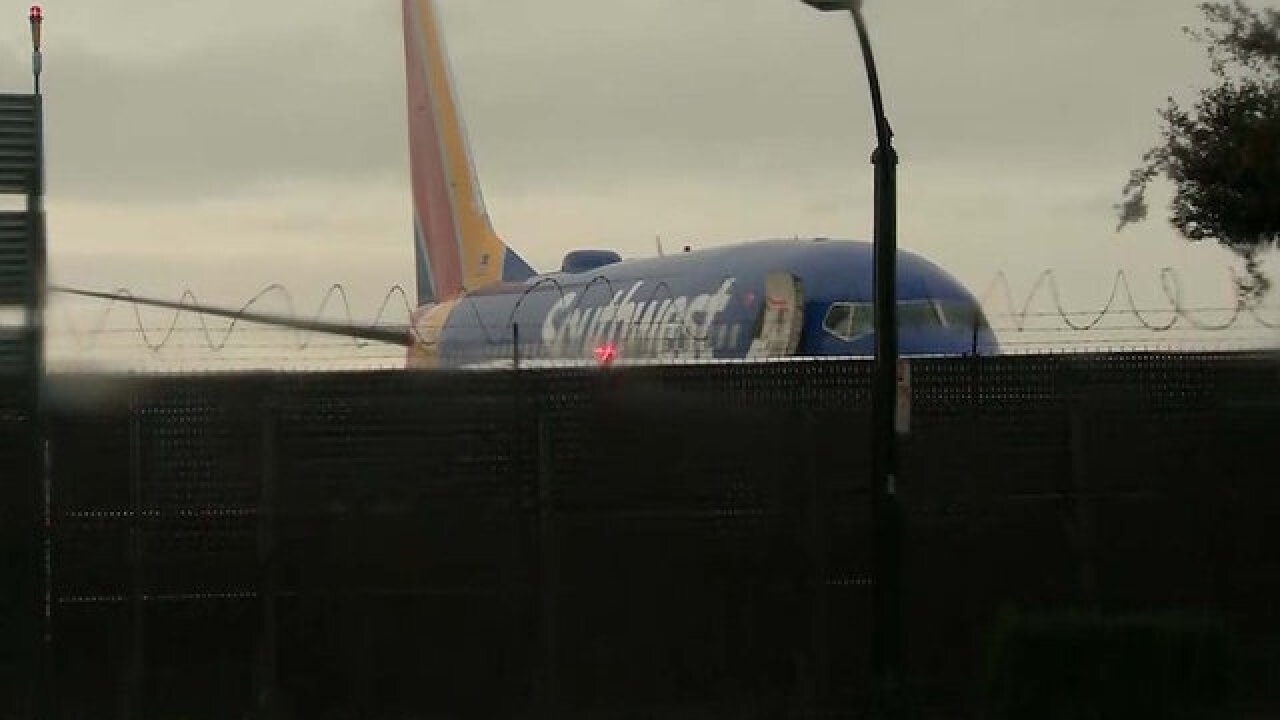 A Southwest Airlines flight with 117 people aboard slid off a runway on Thursday at California's Hollywood Burbank Airport during heavy rain, the Federal Aviation Administration said.

There were no injuries reported, FAA spokesman Ian Gregor said.

Flight 278, a Boeing 737-700 that originated in Oakland, California, came to a stop after running through an area of crushable material designed to bring an airplane to a halt, he said.

The airport is open, and all airlines are operational, the airport tweeted. One runway has been closed.

There were 112 passengers and five crew members on the flight, Southwest spokeswoman Brandy King said. Southwest tweeted the airline will refund the passengers ticket costs and will make an "additional gesture of goodwill."

Around the time of the incident, visibility at the airport dropped to 1 mile. The area is experiencing heavy rain -- up to a half inch in an hour at one point, and a flood advisory is in effect for Los Angeles County, where the airport is located.

The FAA implemented a ground stop that kept incoming flights in the air for an extra 45 minutes.

Over six hours, the area received 1.66 inches of rain. Its monthly average is 2.4 inches.