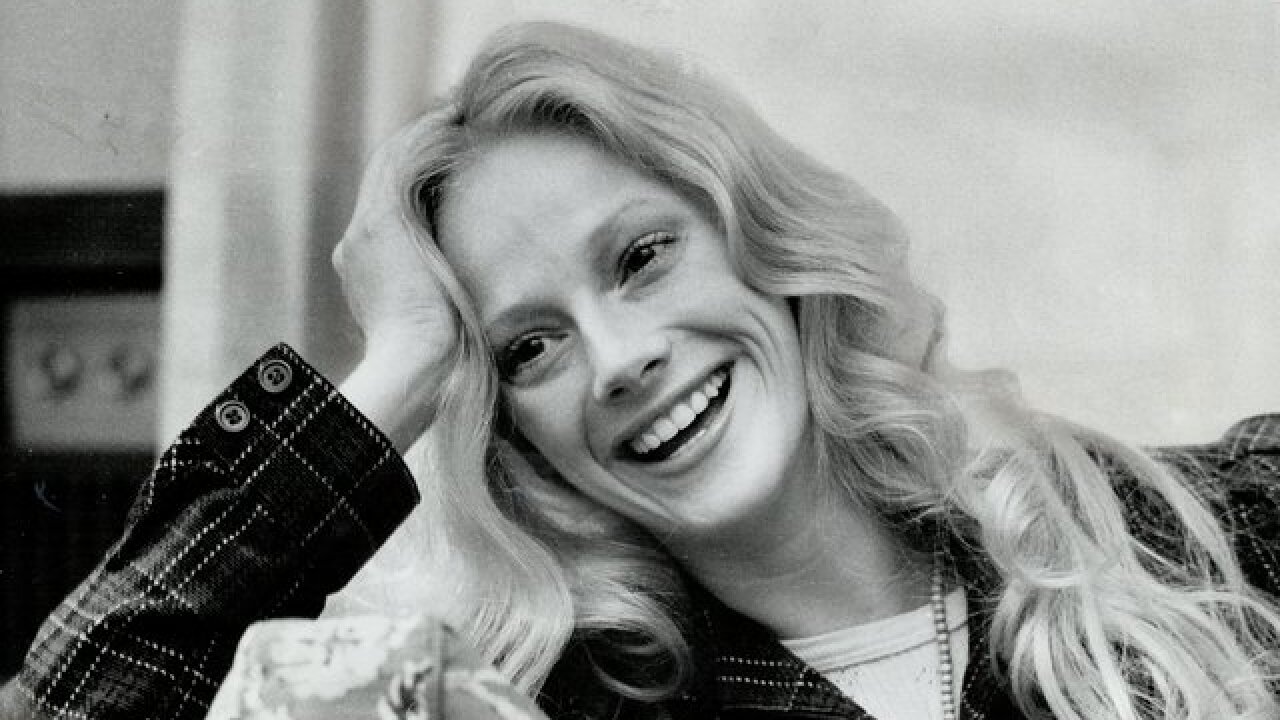 Copyright 2018 Scripps Media, Inc. All rights reserved. This material may not be published, broadcast, rewritten, or redistributed.
Reg Innell/Toronto Star/Getty
<p>Sondra Locke is seen in a 1972 photo during a promotional trip to Toronto</p>

Academy Award-nominated actress and director Sondra Locke, whose body of work included multiple collaborations with Clint Eastwood, has died. She was 74.

Locke died in November at her home in Los Angeles, according to a death certificate obtained by CNN.

She had been battling bone and breast cancer.

Locke made her film debut in 1968's "The Heart Is a Lonely Hunter" opposite Alan Arkin. Her performance earned her an Oscar nomination.

She'd go on to star in several more films, including a notable stretch of movies alongside Eastwood. Locke and Eastwood dated for more than a decade until they split, which Locke later alleged damaged her career.

She detailed their relationship and post-breakup turmoil in her 1997 book "The Good, the Bad and the Very Ugly."

Locke notched four directors credits during her career, for films like "Ratboy" and "Impulse."

Rosanna Arquette, who starred in the Locke-direced film "Trading Favors," remembered Locke as "thoughtful and kind" in a message posted to Twitter.

"[Locke] had laser vision she was great with actors," she wrote.

Actress Evan Rachel Wood added: "#SondraLocke directed me in my first film when I was 4 years old. She was fantastic. RIP."