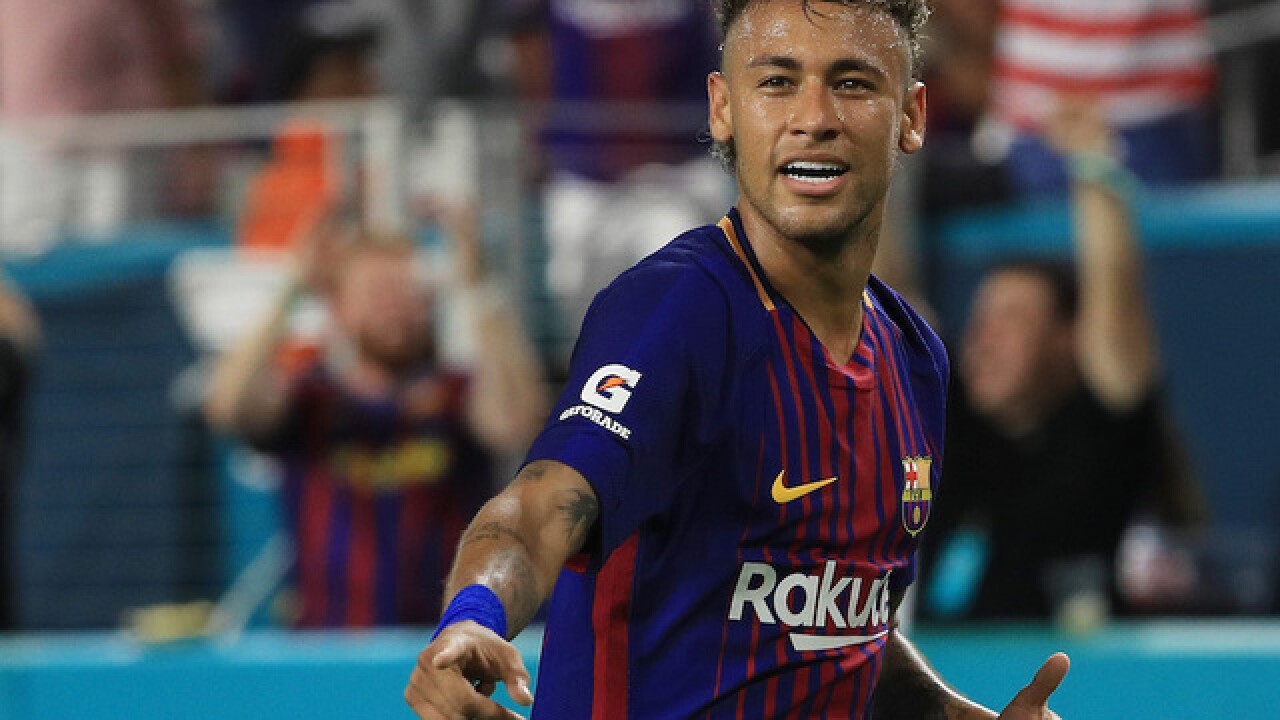 Soccer star Neymar has told Barcelona that he wants to leave, the club confirmed Wednesday.

The 25-year-old told teammates at the start of a training session which coach Ernesto Valverde gave the Brazilian permission to miss in order to resolve his future.

The announcement comes amid mounting speculation Neymar is set to join Paris Saint-Germain in a world-record deal.

"The player Neymar Jr, accompanied by his father and agent, has informed FC Barcelona this morning of his decision to leave the club in a meeting held at the club's offices," read a statement from Barcelona.

"Faced with this position, the club has informed them they refer to the buy-out clause of his existing contract which as of 1 July totals 222 million euros (approximately $262M) which will have to be deposited in its entirety.

"Furthermore, in reply to the claim for the contract extension bonus, the club has once again made it clear that the amount remains deposited with a notary until the case is resolved."

"The player remains under contract at FC Barcelona but with temporary permission to not take part in training sessions."

Neymar has scored over 100 goals for the Catalan club, helping them win the Champions League, two La Liga titles and three Copa del Reys since his arrival in 2013.

He signed a new five-year deal with Barcelona in 2016.

However, La Liga president Javier Tebas stood by comments that the offer wouldn't be accepted as they believe the French club is failing to comply with Financial Fair Play (FFP) rules.

FFP was implemented by European football's governing body UEFA in an attempt to prevent reckless spending by clubs and to increase competition.

"We will not accept this money from a club like PSG," Tebas told Madrid daily newspaper AS. "Especially when this club is infringing rules and laws."

In a statement to CNN, UEFA said it had not yet received a complaint regarding any possible deal for Neymar.

"All clubs in Europe must respect financial fair-play rules and must demonstrate that they do not have losses of more than 30m euros over three years," added the statement.

"As part of the continuous monitoring of clubs under financial fair play regulations, UEFA will look into the details of this transfer in due course to ensure PSG are compliant with FFP requirements.

"The transfer of Neymar to PSG will have an effect on the club finances over several years but the impact of such an operation cannot be judged in advance, notably as PSG could well sell several players for a significant amount.

"We shall therefore only make calculations at the end and make sure that they respect the rules."

This latest development comes despite club officials last week saying Neymar would "200%" be staying at the Nou Camp.

Neymar last appeared for Barcelona on Sunday, providing an assist for Gerard Pique to score the winner against El Clasico rivals Real Madrid in the International Champions Cup.