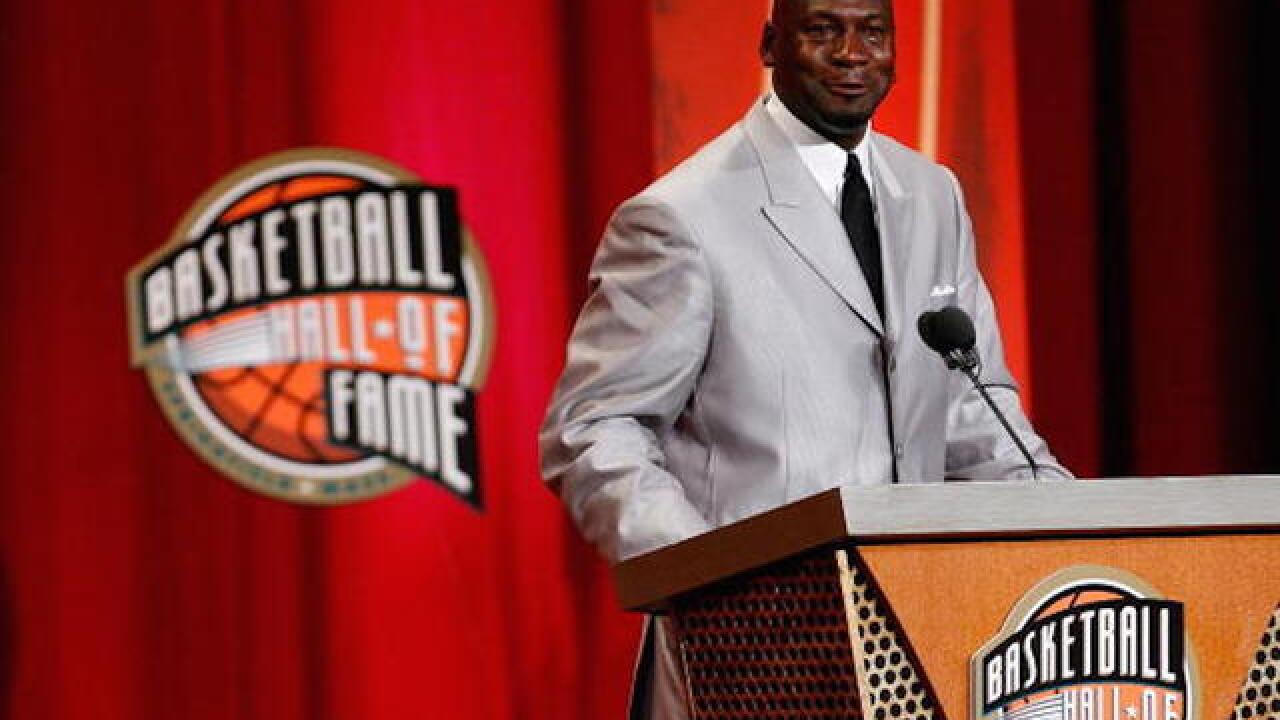 Jim Rogash
<p>SPRINGFIELD, MA - SEPTEMBER 11: Michael Jordan to the Naismith Memorial Basketball Hall of Fame speaks during an induction ceremony on September 11, 2009 in Springfield, Massachusetts. NOTE TO USER: User expressly acknowledges and agrees that, by downloading and or using this Photograph, user is consenting to the terms and conditions of the Getty Images License Agreement.(Photo by Jim Rogash/Getty Images)</p>

In the past few years, Michael Jordan has devolved from holding the title of “greatest basketball player of all time” to “the crying guy from that meme.”

In 2009, Jordan shed tears as he was inducted into the Naismith Memorial Basketball Hall of Fame. But what was supposed to be a touching, vulnerable and human moment has spiraled out of control.

As the Internet is wont to do, the photo of crying Jordan has been re-purposed to delight in others’ misfortune. The meme exploded in late 2015 when bloggers began photoshopping Jordan’s head on other sports figures.

A Look into my soul right now...but it's all good we will be back! pic.twitter.com/fKbDjGx0on

But now, the Internet has taken to using crying Jordan in situations beyond sports.

How all my #Powerball tickets looked! pic.twitter.com/luMZsL7AX3

But recently, a pair of sneakerheads took the meme to the next level by creating a custom pair of Michael Jordan’s signature Air Jordan VIII shoe.

According to Footwear News, Sherman Winfield and Andrew Weiss are the masterminds behind what they’re calling “Crying Kicks.”

According to TMZ, Jordan has been cool with the whole meme thing — except when people use it for profit. Jordan famously sued a steakhouse that used his likeness without his permission, winning $8.9 million.

Luckily, “Crying Kicks” is classified as an art project, so Winfield and Weiss should be in the clear.