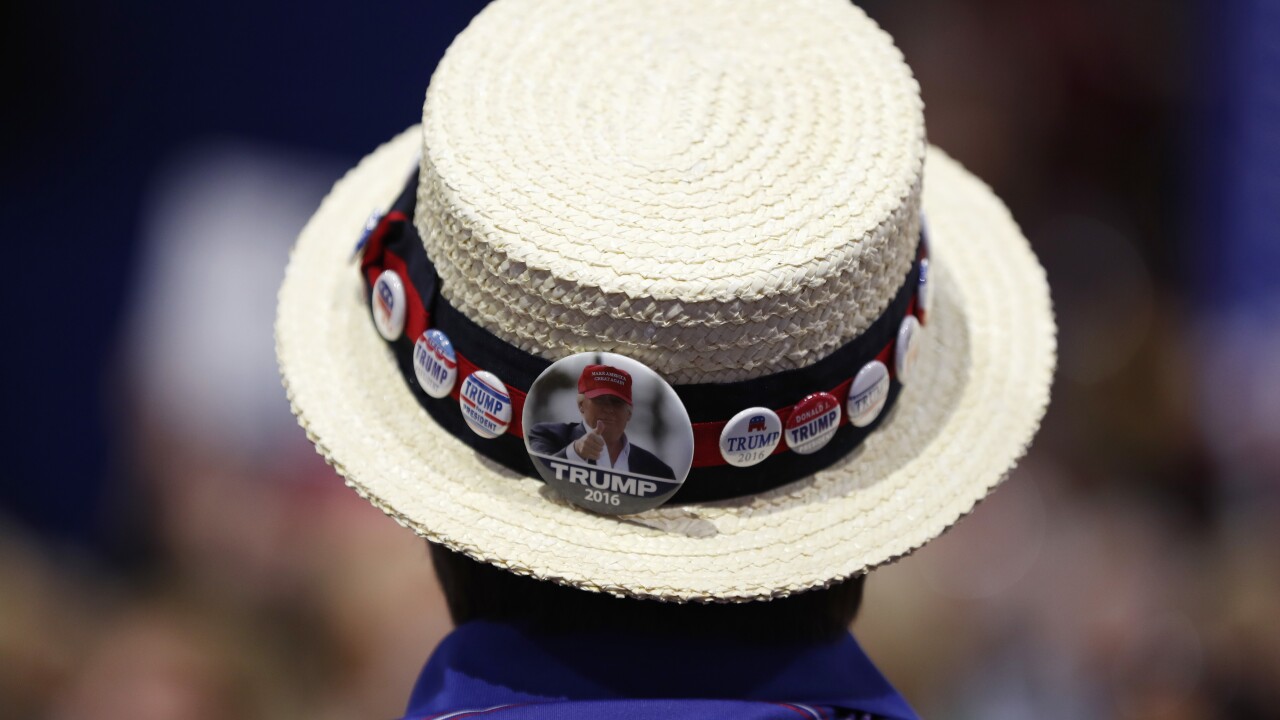 Copyright 2016 The Associated Press. All rights reserved. This material may not be published, broadcast, rewritten or redistribu
Carolyn Kaster/AP
FILE - In this July 20, 2016 file photo, a delegate shows off support for Republican Presidential Candidate Donald Trump during the third day session of the Republican National Convention in Cleveland. The Republican National Committee is sharply restricting attendance on three of the four nights of its convention in Jacksonville, Florida, next month as coronavirus cases are spiking in the state. (AP Photo/Carolyn Kaster)

With the Republican Party picking up its national convention and moving it to Jacksonville next month, the local sheriff says his county isn’t ready to host such a massive event.

The event was moved out of Charlotte after President Donald Trump and Republicans could not receive assurances from North Carolina that the convention could be held without social distancing restrictions.

Traditionally, political conventions are massive undertakings for law enforcement agencies. While security at the convention itself is generally handled at the federal level, thousands of officers help secure the area around the venue.

When the GOP convention was held in Cleveland in 2016, Cleveland Police had backup from agencies across the US. The officers provided security at protests, as well as surrounding events attended by delegates and surrogates.

But with the event moving to Jacksonville on short notice, plans that take months to come together haven’t had a chance to crystalize.

"With less than 40 days until the expected Republican National Convention is slated to arrive in Jacksonville, I am compelled to express my significant concerns with the viability of this event,” Sheriff Mike Williams said on Monday. “It is my sole responsibility to provide safety, security for our city and more importantly for the citizens who I serve. So, with a growing list of challenges, be it financial, with communication, with the timeline, I cannot say with confidence that this event or our community will not be at risk."

This year’s convention is expected to be scaled back from those in the past due to coronavirus concerns. But with unrest over concerns of racial injustice throughout the US, large protests are still expected outside the site of the convention.