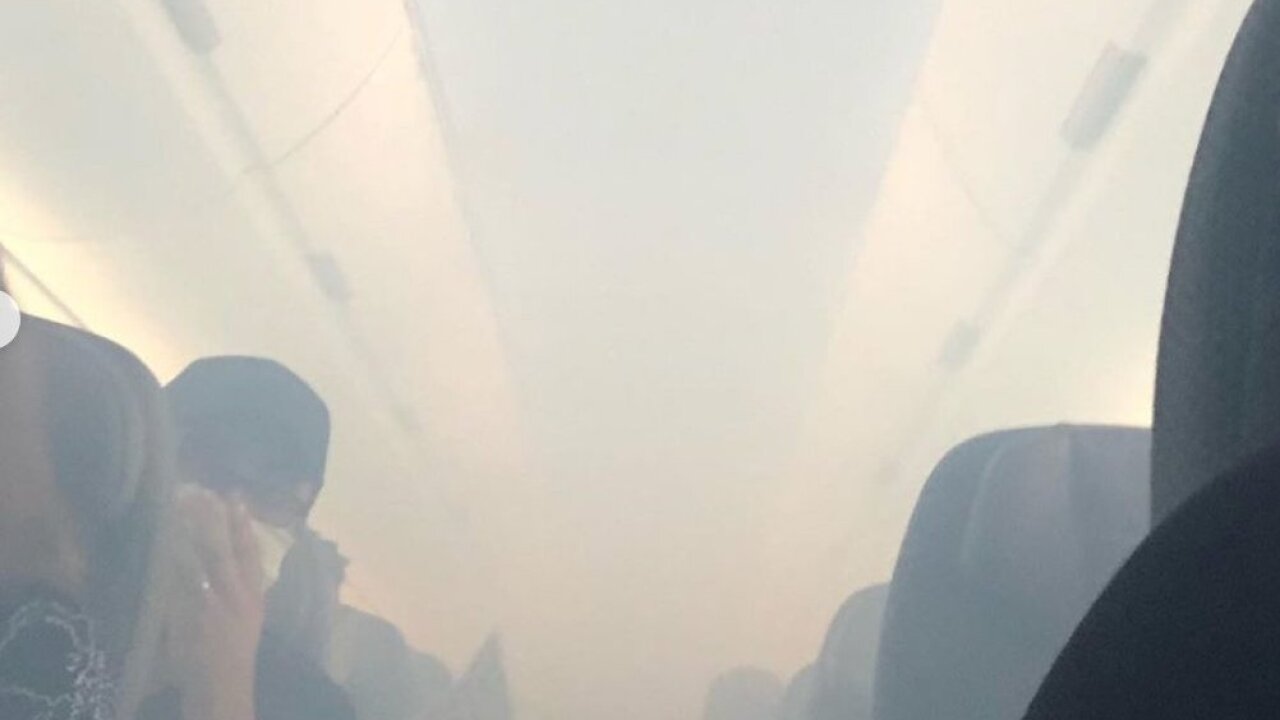 Seven passengers were taken to hospitals when a Hawaiian Airlines flight landed in Honolulu on Thursday morning with smoke in the cabin and cargo hold, officials said.

The passengers had "smoke-related symptoms," Hawaiian Airlines said in a statement.

The smoke buildup happened because oil was leaking "onto hot parts of the plane's engine and air conditioning pressurization system," according to a statement released by the airline, which blamed the leak on a failed seal.

The flight from Oakland, California, made its emergency landing around 11:30 a.m. HT. The other 177 passengers and the seven crew members were bused to the terminal.

The smoke began filling the cabin 20 minutes before the plane's arrival, he said.

"We sincerely apologize to our passengers for this incident and thank them for their cooperation in the evacuation," the airline statement said.

No oxygen masks were deployed to passengers. Snook said the crew didn't want to pump oxygen into the aircraft when there might be a fire. The crew donned smoke masks, he said.

The crew deployed the plane's emergency slides for the evacuation, which officials said took between 30 and 45 seconds.

Because halon was used in the cargo hold, it will take some time to get luggage back to the passengers, Snook said. Each passenger will have their flights comped and will get a voucher for a future flight.