Seven for 7: Maz, Morris and other Game 7s to remember 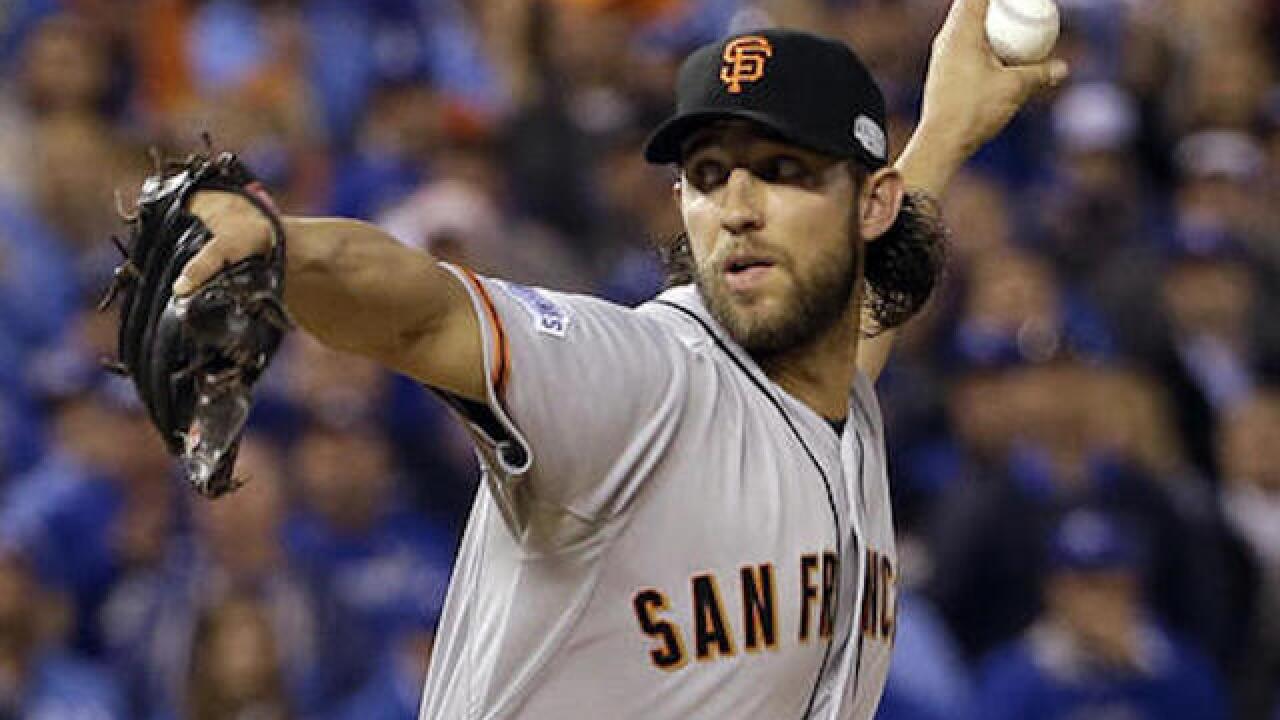 The Chicago Cubs have played 178 games this season, the Cleveland Indians 175.

Wednesday night, they get one chance to make them all worth it.

The Cubs and Indians will play the 38th decisive World Series Game 7, and the previous 37 have included some remarkable moments.

Can Corey Kluber or Kyle Hendricks make like Jack Morris with wire-to-wire domination? Will Andrew Miller or Aroldis Chapman channel Madison Bumgarner with a 15-out save? Can the Indians give Cleveland a long-awaited party at home? Will the Cubs get a GOAT or just another goat?

Nothing left to do but find out. In the meantime, here's a little history to fill the hours until first pitch. The Pittsburgh Pirates beat the Detroit Tigers 8-0 in the first conclusive Game 7 in 1909, with rookie Babe Adams getting a shutout and this third victory in that Series.

The next 36 included momentous homers, significant saves and a whole lot of champagne. Plus, a couple of clunkers — Dizzy Dean and Bret Saberhagen both won 11-0 romps.

Between 1947 and 1962, the Yankees won 10 championships, but Bill Mazeroski and the Pirates stole one away with a wild Game 7 at Forbes Field that included the first ever Series-ending homer. Pittsburgh led 4-0 after two innings, but Mickey Mantle and the Yanks roared back for a 5-4 lead after six. New York added two more runs before the Bucs rallied in the eighth, with Hal Smith's homer putting Pittsburgh ahead 9-7. Mantle and Yogi Berra had RBIs in the ninth to tie it 9-9, setting the stage for Mazeroski's celebrated blast. The undersized future Hall of Famer led off the ninth with a shot to left against Ralph Terry, putting his helmet in hand and waving his arms as he rounded the bases.

Jack Morris made one of the most memorable starts in baseball history by dominating for 10 innings against the upstart Braves at the Metrodome. The 37-year-old retired the final seven batters he faced, including a double play to escape a bases-loaded jam in the eighth inning — Lonnie Smith got lost while running the bases earlier in the inning, costing Atlanta a sure run. Pinch-hitter Gene Larkin won it in the 10th, singling to deep left-center to score Dan Gladden and give Minnesota its second title in five years. John Smoltz countered Morris with a solid outing, pitching 7 1/3 fine innings, but Alejandro Pena and the bullpen couldn't outlast Minnesota's durable righty.

Madison Bumgarner cemented himself as one of the World Series' best-ever pitchers with a remarkable five-inning save just three days after throwing a shutout in Game 5. Michael Morse broke a 2-2 tie with an RBI single in the fourth inning, and after getting one more inning out of left-hander Jeremy Affeldt, manager Bruce Bochy gave the ball to Bumgarner in the fifth and never came back for it. Bumgarner struck out four and allowed just two hits, getting Salvador Perez to pop up in foul territory with a runner on third in the bottom of the ninth for the final out. The big lefty won the opener, too, and easily took Series MVP honors.

D'BACKS GET TO MO

Mariano Rivera, baseball's most feared closer of all time, also suffered through one of the Series' the most crushing blown saves. Yankees manager Joe Torre asked Rivera to get the final six outs in a one-run game at Arizona, but Rivera couldn't come through. Tony Womack's double tied it with one out in the ninth inning, and two batters later, Luis Gonzalez blooped a single into center and jumped his way to first base before being mobbed by teammates. It was the fifth and most recent game-ending hit in a Game 7.

Game 7s aren't always the most memorable in the Series, and in 1986, the finale lacked the drama of perhaps the most famous Game 6 ever. Following Bill Buckner's game-ending error two days earlier, New York struggled initially against left-hander Bruce Hurst in Game 7, but Keith Hernandez put the Mets on the board with a two-run single in the sixth and Gary Carter drove in another run to tie it at 3. Boston went to the bullpen for the seventh, and Series MVP Ray Knight led off with a go-ahead homer. New York later added on, with Darryl Strawberry taking his time getting around the bases after a home run, and Jesse Orosco pitched two innings for a save to clinch the Mets' second World Series title.

AL MVP Hal Newhouser and the Tigers spoiled the Cubs' most recent Game 7 in the World Series, striking out 10 in a complete game at Wrigley Field. Hank Borowy started for Chicago but was lifted after three runs and no outs, and Detroit led 6-1 after 1 1/2 innings. Doc Cramer had three hits for Detroit, and Hall of Fame slugger Hank Greenberg won his second World Series a year after returning from the U.S. Army. The Cubs hadn't been back to the World Series since until this season, and they're still seeking their first Game 7 World Series victory.

Many fans in Cleveland — unfortunately for them — remember the Indians' previous World Series Game 7 well. In the 11th inning, Edgar Renteria hit a soft liner off pitcher Charles Nagy's glove into center field for a single, scoring Craig Counsell from third base to give Florida a championship in its fifth season of existence. The Indians had a chance to wrap up the game in the ninth inning, but Counsell hit a deep sacrifice fly off Jose Mesa to score Moises Alou. Florida's Robb Nen struck out Omar Vizquel, Manny Ramirez and David Justice in the 10th, and then Jay Powell ended the 11th by getting Jim Thome to ground into a double play before Renteria's game-ending hit.