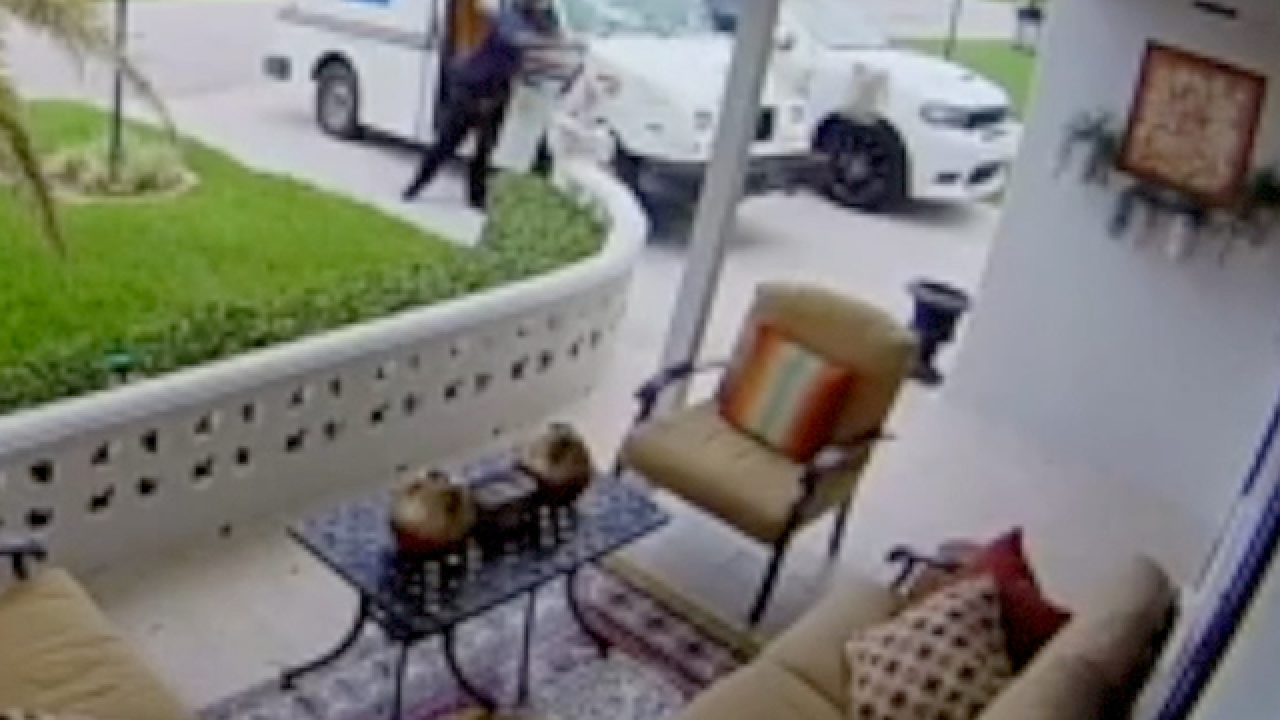 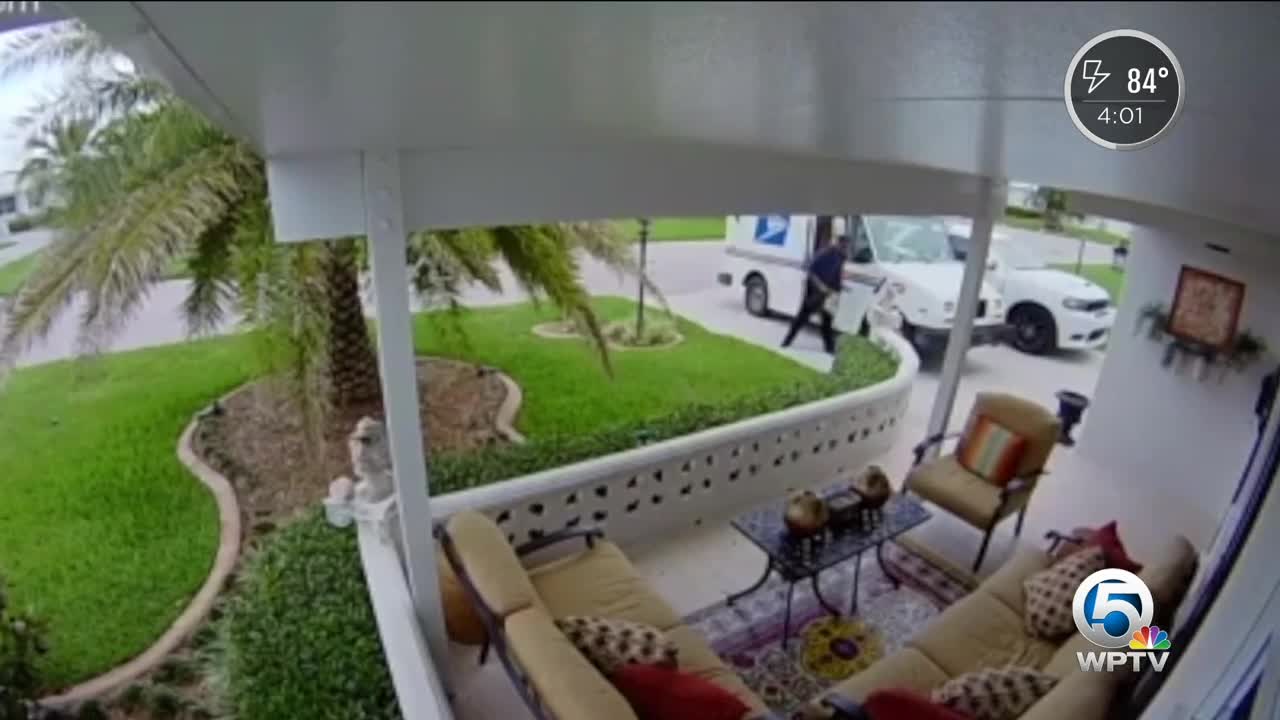 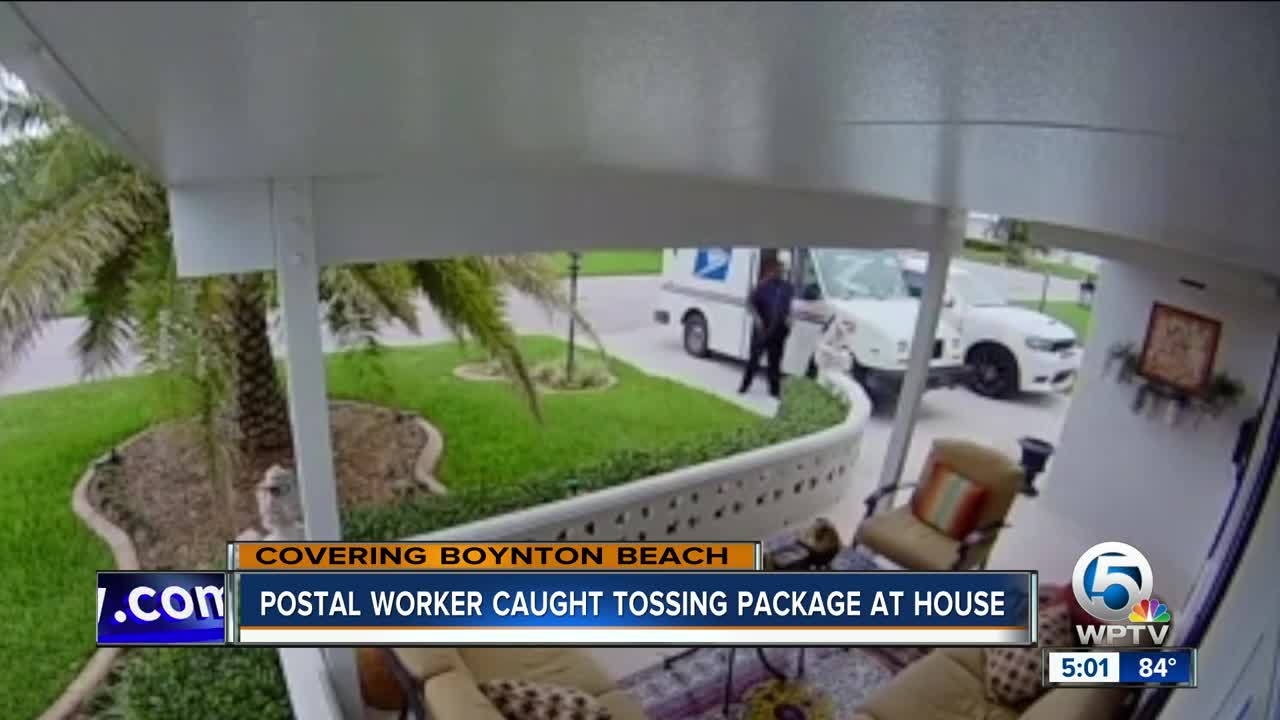 A Boynton Beach, Florida homeowner is upset after a United State Postal Worker threw his package at his house and onto his driveway.

The whole thing was caught on Don Ledsworth's security camera. He said the package contained cancer medicine for his dog.

In the video you see a postal worker pull into the driveway, he gets out and appears to be talking to someone, he throws the package and it hits the house and lands on the driveway, and he drives away.

Ledsworth said he found the package on the driveway and thought something was wrong.
“I though maybe someone came into my mailbox when I was on the phone and took out my mail and dropped that.”

He said his dig’s medicine was fine but was worried this might happen to his other neighborhoods in his 55 plus community.

“What if it was them that had to go pick it up off the ground and they had a walker,” he said.

Ledsworth did take his complaint to the post office and did receive a call from the post master apologizing for what happened.

USPS said in a statement:

"A mishandled package is unacceptable and does not reflect the careful efforts of the thousands of professional, dedicated carriers in our workforce. We were disappointed to see the actions of the carrier in the video. We take the customer's concerns very seriously and apologize for any inconvenience. The Postal Service is investigating the matter and will take appropriate action to ensure this does not occur again. Customers with concerns about their mail service should contact their local Post Office or the USPS Customer Care Center at 1-800-ASK-USPS." --- Debra J. Fetterly, USPS Spokesperson, South Florida District