Schools to reopen as Texas chemical plant fire continues to burn. Health officials are not convinced that it's safe 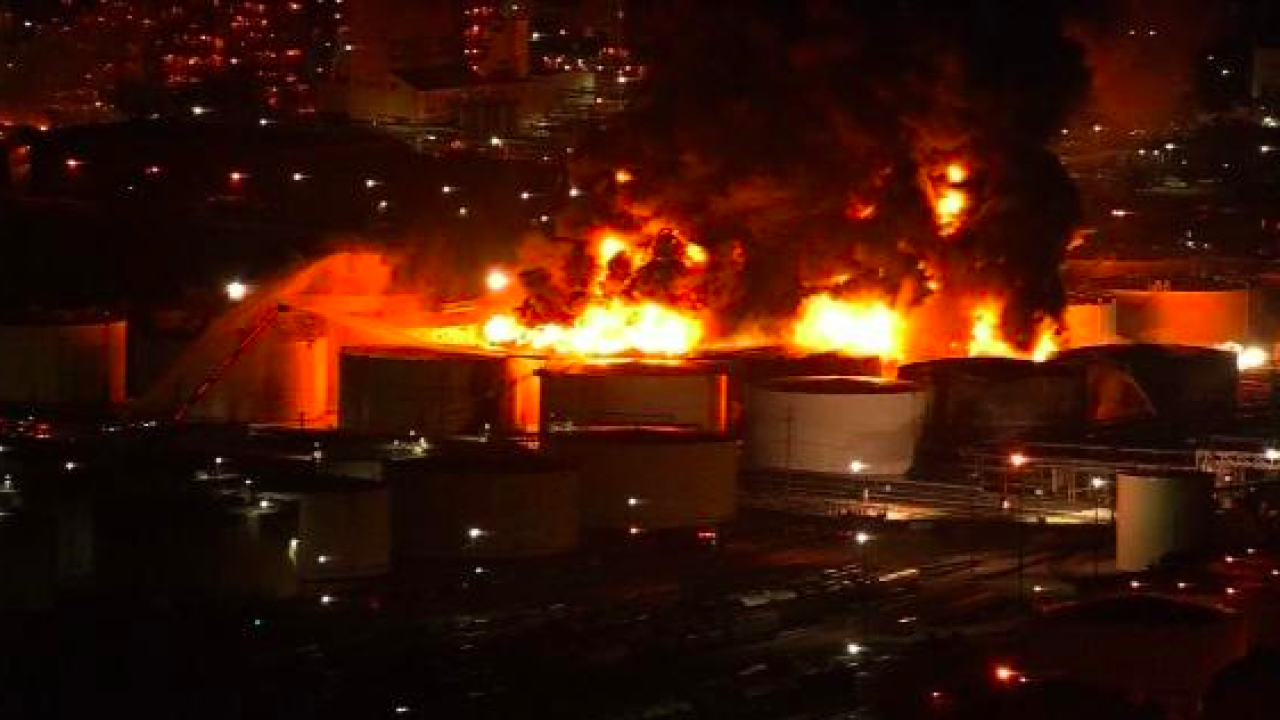 As schools and businesses reopen Tuesday amid a chemical fire in suburban Houston, health officials still worry about the possible effects of the flames on the air quality and the people of Deer Park and the surrounding communities.

The fire at Intercontinental Terminals Company (ITC) has been burning since Sunday. The cause of the blaze is under investigation and it could take until Wednesday to put out the blazes in tanks filled with gas, oil and chemicals, according to ITC.

The Deer Park Independent School District said in a message to parents Monday night that its schools will reopen Tuesday. The school district said it made the decision to reopen, in part, because air quality monitoring has been "consistently favorable."

But some health officials have expressed ongoing concern about the health impacts of the fire.

"I worry when officials say no health effects are expected," Dr. Winifred Hamilton, Environmental Health Science director at the Baylor College of Medicine, told CNN affiliate KPRC-TV . "They're really talking about acute, immediate health effects, and we may still see some of those."

Some residents told KPRC Monday they went outside and felt like they were dying, while others said they were getting headaches or that their lungs hurt.

A cloud of black smoke continues to emanate from the fire.

Corey Williams, policy and research director for the non-profit organization Air Alliance Houston, told CNN affiliate KTRK-TV , people could tell "this is not fine" by looking at the smoke cloud.

"The only thing preventing this from being a major catastrophe is favorable weather conditions," he said.

The Deer Park school district is restricting outside activities and calling for home games to be moved to other locations or different dates until the fire is over.

The fire began in a single tank on Sunday afternoon and spread to a second tank, ITC said.

By Monday morning, seven of the facility's 242 tanks were involved in the fire, and the blaze spread to an eighth tank before 5:30 a.m., the company said.

Later, however, ITC spokeswoman Alice Richardson said only six tanks were affected and that one of the tanks originally cited was empty and another was falsely reported on fire.

Authorities reopened Highway 225 early Monday and lifted an order that residents of Deer Park stay inside with their windows closed and central cooling or heating units turned off.

Firefighters are using foam and water to douse the blaze, Richardson said. They hope that once the fire is contained, they can close the tank valves and the fire will put itself out.

One tank stores naphtha and another contains xylene, both of which ITC described as "components in gasoline."

Xylene is a solvent that occurs naturally in petroleum, ITC said. Swallowing or breathing the substance can cause death, while nonlethal exposure can cause eye, nose, throat and skin irritation, among other maladies, according to the National Library of Medicine .

Naphtha is a petroleum product resulting from the distillation of natural gas or crude oil, the library says . It can be an eye and nasal irritant.

The latest tank to catch fire contains toluene, which is used in the production of nail polish remover, glue and paint thinner, ITC said.

Toluene occurs naturally in crude oil and is used as a gasoline additive, "and damage to the central nervous system is the main concern following exposure to toluene in the air," the library says .

The other tanks hold "gas blend stocks used in the production of finished gasoline, and base oil commonly used as machine lubricants," ITC said.

According to ITC, the Deer Park terminal opened in 1972 and has capacity for 2.2 million cubic meters -- more than a half billion gallons -- of storage for "all kinds of petrochemical liquids and gases, as well as fuel oil, bunker oil and distillates." The facility has ship and barge docks, rail and truck access and pipeline connections.