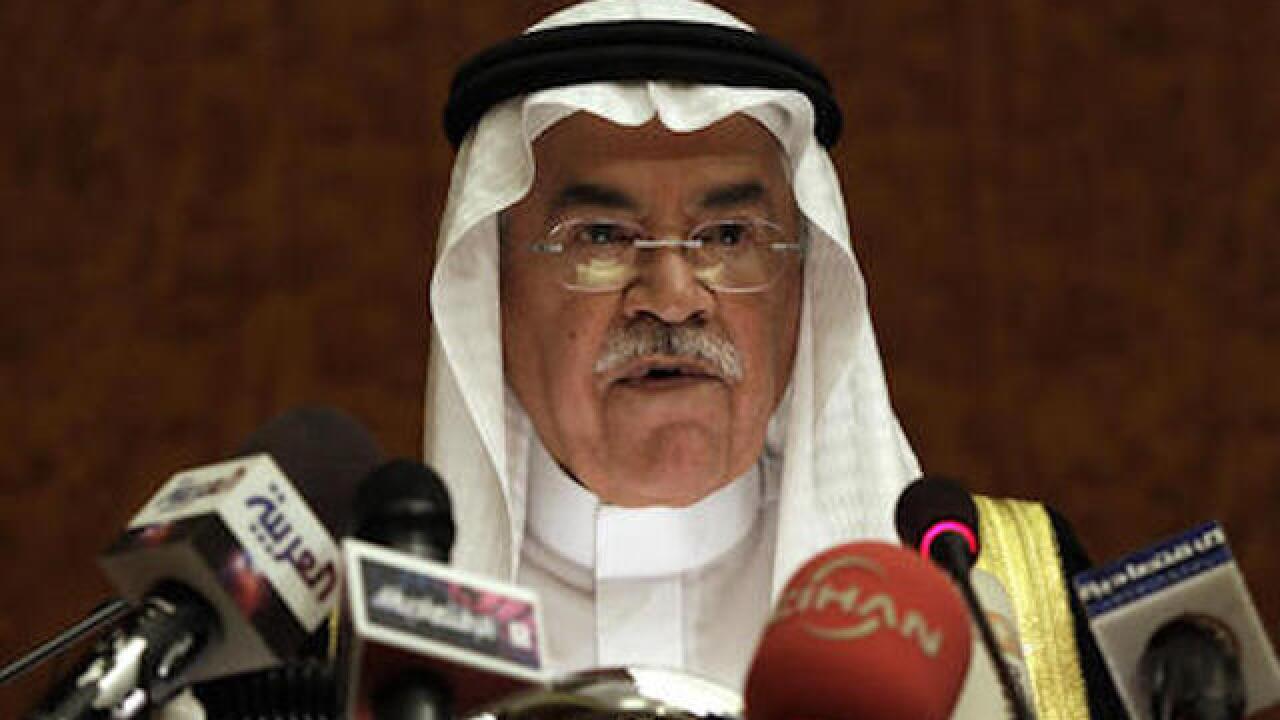 A royal decree announced that Ali al-Naimi has been replaced by former Health Minister and Saudi Aramco board chairman Khaled al-Falih.

Al-Naimi has long been a pillar of Saudi oil policy, leading the Ministry of Petroleum and Mineral Resources since 1995. Prior to that role he'd served as the president of oil giant Aramco.

Under a new Saudi leadership led by King Salman, the king's son Deputy Crown Prince Mohammed bin Salman has largely been overseeing Saudi economic policy along with a handful of new ministers. The changes announced Saturday come as the government plans wide-ranging reforms aimed at overhauling the Saudi economy amid lower oil prices that have eroded state revenues.

Saudi Arabia's dominant market share and historical ability to influence prices by loosening or tightening its taps gave al-Naimi exceptional influence at meetings of the oil cartel OPEC, where the kingdom is by far the largest producer and de facto policy-maker. His brief utterances on the sidelines of OPEC meetings often had the power to swing global oil prices.

He has presided over a controversial strategy of keeping production levels high despite the drop in prices over the past two years in an effort to drive more expensive producers in the U.S. and elsewhere out of the market. That has led to a glut of supply.

At a talk in February in Houston, he stood by that strategy, arguing that cuts by lower-cost producers like Saudi Arabia would simply subsidize higher-cost ones.

"The producers of these high-cost barrels must find a way to lower their costs, borrow cash or liquidate," he said in Houston. "It sounds harsh, and unfortunately it is, but it is the more efficient way to rebalance markets."

Lower oil prices since mid-2014 pushed Saudi Arabia into a budget deficit of nearly $100 billion last year and a projected deficit this year of $87 billion. Despite efforts to limit reliance on its main export, oil accounted for more than 70 percent of the state's revenue in 2015.

Among the changes planned by Mohammed bin Salman and announced last month was a plan to publicly list less than five percent of Aramco to create a massive sovereign wealth fund to develop its cities.

Aramco boasts the world's largest oil reserves and produces some 10 million barrels of crude a day, giving it outsized influence over world energy markets. The deputy crown prince put the estimated value of Aramco at more than $2 trillion.

A number of other royal decrees announced Saturday as part of the government's restructuring also saw several ministry names changed and the removal of six ministers, including al-Naimi. The other replacements include the ministers of hajj, commerce and industry, social affairs, health and transportation.

Former Hajj Minister Bandar al-Hajjar, who helped oversee last year's tragic pilgrimage that saw more than 100 pilgrims killed by a crane collapse and more than 2,400 killed in a crush of crowds, was replaced by Mohammed Bintin.