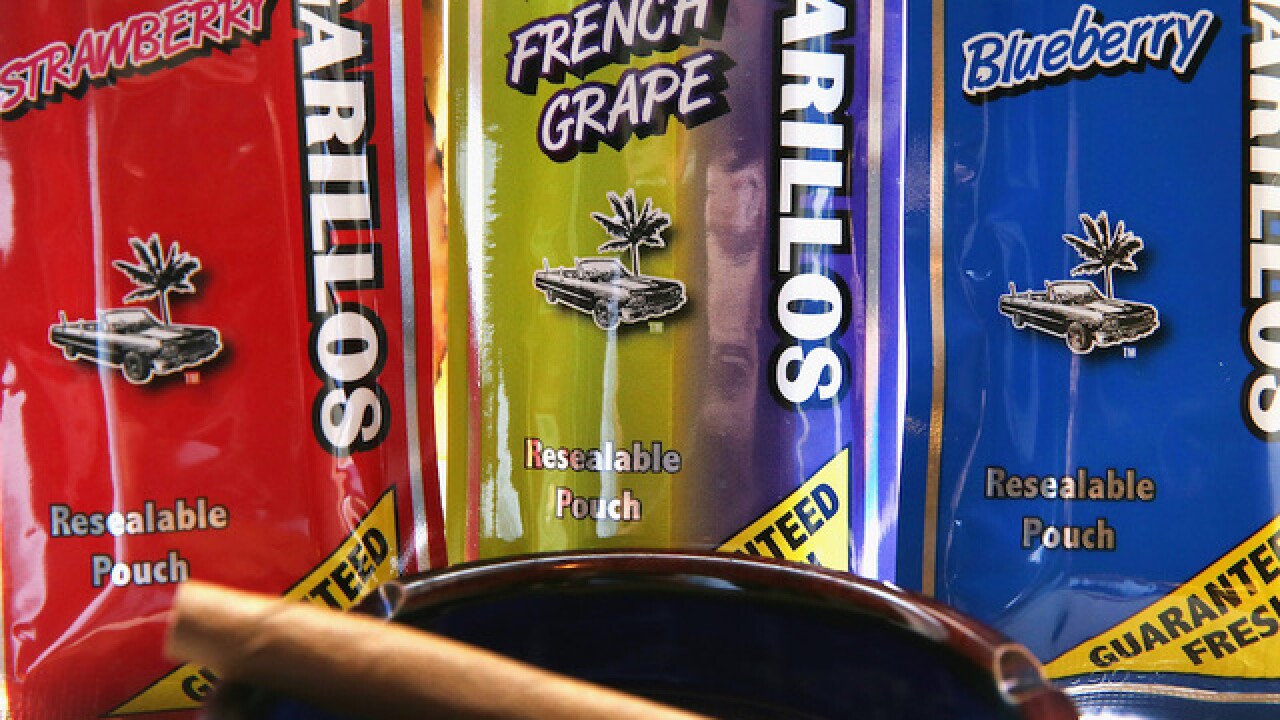 Copyright Getty Images
Scott Olson
<p>CHICAGO, IL - OCTOBER 22: In this photo illustration, flavored cigars are displayed on October 22, 2013 in Chicago, Illinois. Although the sale of tobacco to anyone under 18 is illegal, fruit and candy flavored cigars are becoming popular among teens according to a government study. (Photo Illustration by Scott Olson/Getty Images)</p>

San Francisco voters approved a proposition that would ban the sale of flavored tobacco products, including menthol cigarettes and flavored vaping liquids on Tuesday.

With 99% of precincts reporting, 68% had voted in favor of Proposition E and 31% opposed.

The battle over the flavored tobacco ban has been an expensive one in the city, with tobacco company R.J. Reynolds contributing nearly $12 million against the measure and former New York City Mayor Michael Bloomberg contributing more than $3 million in support of it, according to filings with the San Francisco Ethics commission

"People really have a big dislike and big distrust for Big Tobacco companies and are not fooled by propaganda and tactics," said Gil Duran, the spokesman for Campaign Yes on Proposition E.

Greg Conley, president of the American Vaping Association didn't see it that way.

"It is a travesty that anti-vaping extremists would mislead SF voters into making it harder for adult smokers to quit," he said, adding that flavored products are helpful to smokers who are trying to quit.

Last year, San Francisco city supervisors approved an ordinance to ban the sales of flavored tobacco products, including menthol cigarettes, vaping liquid and flavored cigars, which would have made it the first in nation to approve such a sweeping ban on flavored tobacco sales.

But, enough signatures were gathered to put the ordinance to a referendum before the city's voters, which led to its placement on Tuesday's ballot.

Other Bay Area communities including Oakland have since passed bans on the sale of flavored tobacco.

"San Francisco's youth are routinely bombarded with advertising for flavored tobacco and e-cigarettes every time they walk into a neighborhood convenience store. It's clear that these products with candy themes and colorful packaging are geared towards teens," the American Lung Association stated.

But those who opposed the measure said banning the flavored products was an overreach that infringed on adult choices.

"Telling adults what they can and can't do isn't effective," opponents stated in its argument before voters, adding that California had already raised the legal age for buying tobacco to 21.

They also framed the measure as harming small businesses like neighborhood corner stores.

Patrick Reynolds, the executive director of Foundation for Smokefree America, said that R.J. Reynolds, the tobacco company that his grandfather started, had spent a lot of money fighting the ban because it's concerned that if it passes in San Francisco, other cities will follow suit.

The company didn't respond to messages from CNN.

"Big tobacco sees vaping as their future," Reynolds, an anti-tobacco advocate said. "They are very afraid this is going to pass and if the voters make an informed decision to side with the health community, it will lead to hopefully a tidal wave of cities doing what SF did because the FDA did nothing. We will start to turn the tide against vaping."