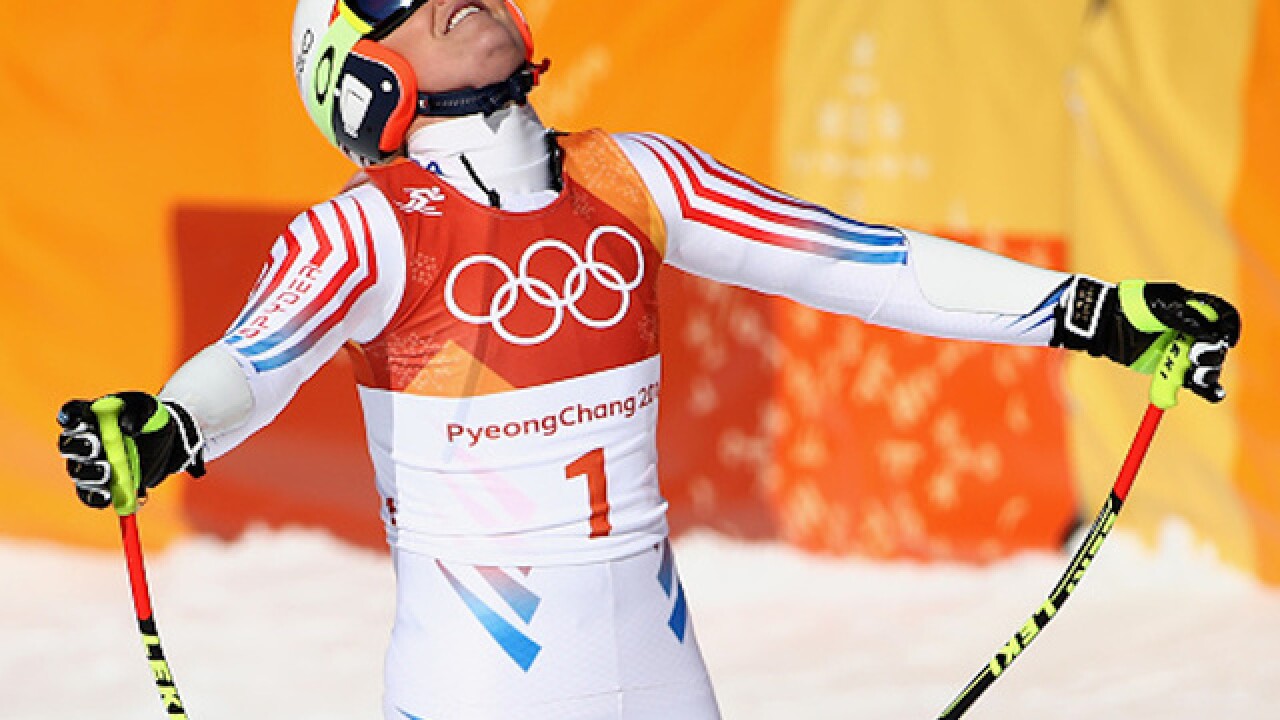 Image copyright 2018 Getty Images. All rights reserved. This material may not be published, broadcast, rewritten, or redistributed.
Ezra Shaw
<p>PYEONGCHANG-GUN, SOUTH KOREA - FEBRUARY 17: Lindsey Vonn of the United States reacts at the finish during the Alpine Skiing Ladies Super-G on day eight of the PyeongChang 2018 Winter Olympic Games at Jeongseon Alpine Centre on February 17, 2018 in Pyeongchang-gun, South Korea. (Photo by Ezra Shaw/Getty Images)</p>

The U.S. Olympic Committee has announced Salt Lake City will be its choice in a bid for the Winter Games in 2030 or beyond.

"This has been the culmination of a significant team effort, starting with the support of the public," the governor added.

The announcement came following a meeting by the U.S. Olympic Committee in San Francisco on Friday. Salt Lake City was competing with Denver for the nomination.

The International Olympic Committee is expected to pick the next host cities for future Games in 2023.

Salt Lake City has argued it is uniquely situated to host another Olympics. Our venues are still operating and in excellent condition and our infrastructure is in place with billions in expansions (light rail, a new airport, etc.). There is also significant support with polls showing 89% of Utahns in favor of another bid.

"We feel like we’re as prepared as we could be. We have unanimity with our public officials that have lined up behind this effort," said Jeff Robbins, the president of the Utah Sports Commission.

The cost to host an Olympics would also be cheaper than other cities. It would cost about $1.4 billion, but boosters insist it would not cost any state or local tax dollars. Instead, it would be paid for in broadcast rights, sponsorships and ticket sales.

"People say, 'Well, is this worth the investment?' The investment is zero! Look at all we get. Number one, we get the spotlight of the world on Utah and we get to show the world what a great state this is, what great people are here. The volunteers were fantastic last time," said Fraser Bullock, an executive for Salt Lake's 2002 Winter Olympics and the co-chair of this Olympic Exploratory Committee.

Utah estimates it received more than $6 billion in economic benefit from the 2002 Winter Olympics. Mayor Biskupski said she envisioned the next Games that Utah could host would be even better. She said there would be an emphasis on sustainability (as in, environmentally friendly) and a modern Olympics.

"This will be an entirely new Games and experience. We're excited to bring that vision," she said.