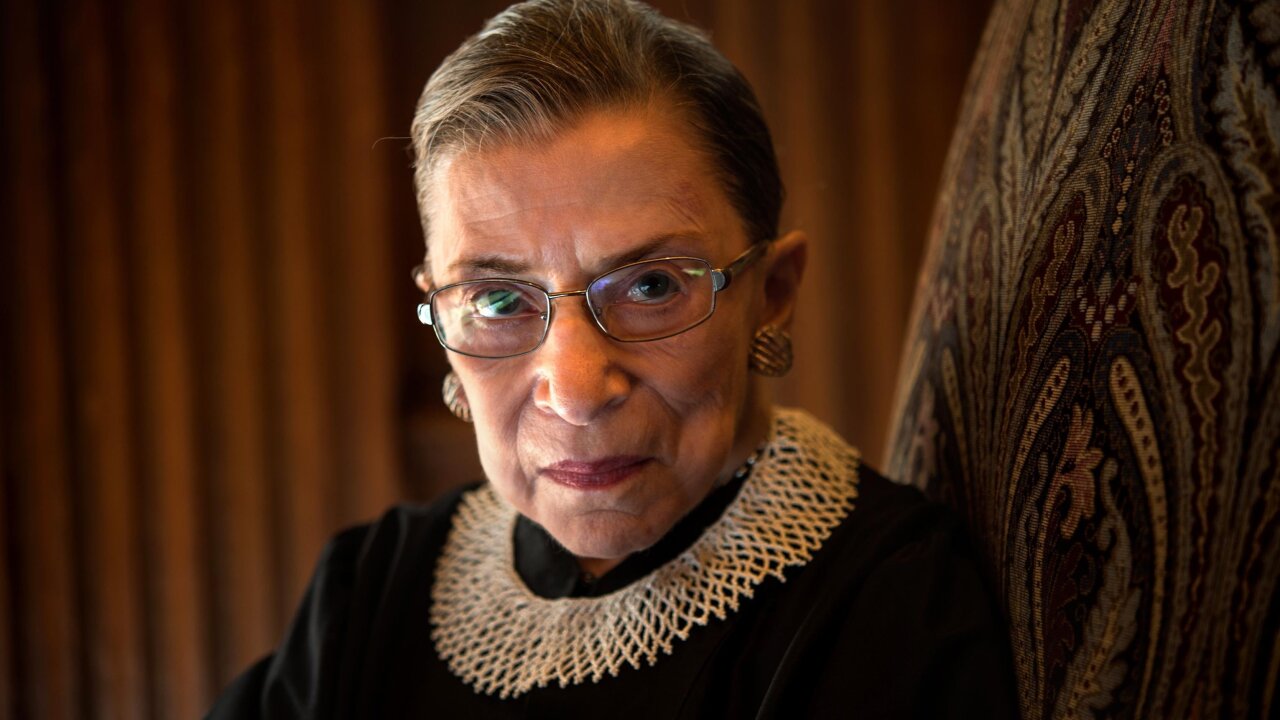 (CNN) -- Justice Ruth Bader Ginsburg's recovery from surgery is "on track" but she will miss oral arguments next week, the Supreme Court announced Friday. Ginsburg is still recuperating from surgery to remove two cancerous nodules from her lungs.

Ginsburg, 85, who missed oral arguments this week, has not been on the bench since her surgery last month, but she has participated by reading briefs at home.

Her absence comes as the court is considering whether to take up several controversial issues including the administration's decision to phase out the Deferred Action for Childhood Arrivals program and its ban that blocks most transgender individuals from serving in the military. The justices met behind closed doors earlier on Friday to discuss pending petitions and Ginsburg participated by proxy.

Monday marked the first time she had ever missed oral arguments due to her health. She has survived two other bouts of cancer.

Ginsburg was released from the hospital about two weeks ago, according to the court, following the surgery earlier last month. The nodules themselves were discovered incidentally following tests after a fall she sustained in November. The key liberal justice returned to the court shortly after the fall that fractured three of her ribs last November.

Dr. Robert Miller, a professor of medicine at Vanderbilt University Medical Center, said he did not think it was "alarming" Ginsburg was not back at work three weeks after surgery but that he would be concerned "if her activity level does not improve over the next few weeks."

"It's an uncomfortable operation," Miller said. "She already had the rib fractures to deal with when she went into it."

Ginsburg has said she will continue to serve on the Supreme Court as long as she is able to do the job. In 1999, Ginsburg underwent surgery for colorectal cancer, and 10 years later she was treated for early stages of pancreatic cancer.

"I said I will do this job as long as I can do it full steam," Ginsburg said last month during an interview following a New York City screening of "On the Basis of Sex," a feature film about her years as a young lawyer.

A year ago, the news broke that Ginsburg hired law clerks for at least two court terms, signaling she intends to stay through 2020.

Dubbed the "Notorious RBG," Ginsburg marked 25 years on bench last year since her appointment to the court in 1993.

She has become best known for her opinions related to civil rights issues, including the landmark case opening up the Virginia Military Institute to women. Her dissents in recent years have continued to energize Democrats at a time when Republicans control the executive branch of government and the Supreme Court moves rightward.

A source familiar with the conversations confirms to CNN that the White House legal counsel has been in communication with outside allies and conservative groups about next steps if something should happen to Ginsburg.

The source described the conversations as very preliminary so the White House is not "unprepared" for a grueling hearing.