Ruth Bader Ginsburg admitted to hospital after chills and a fever 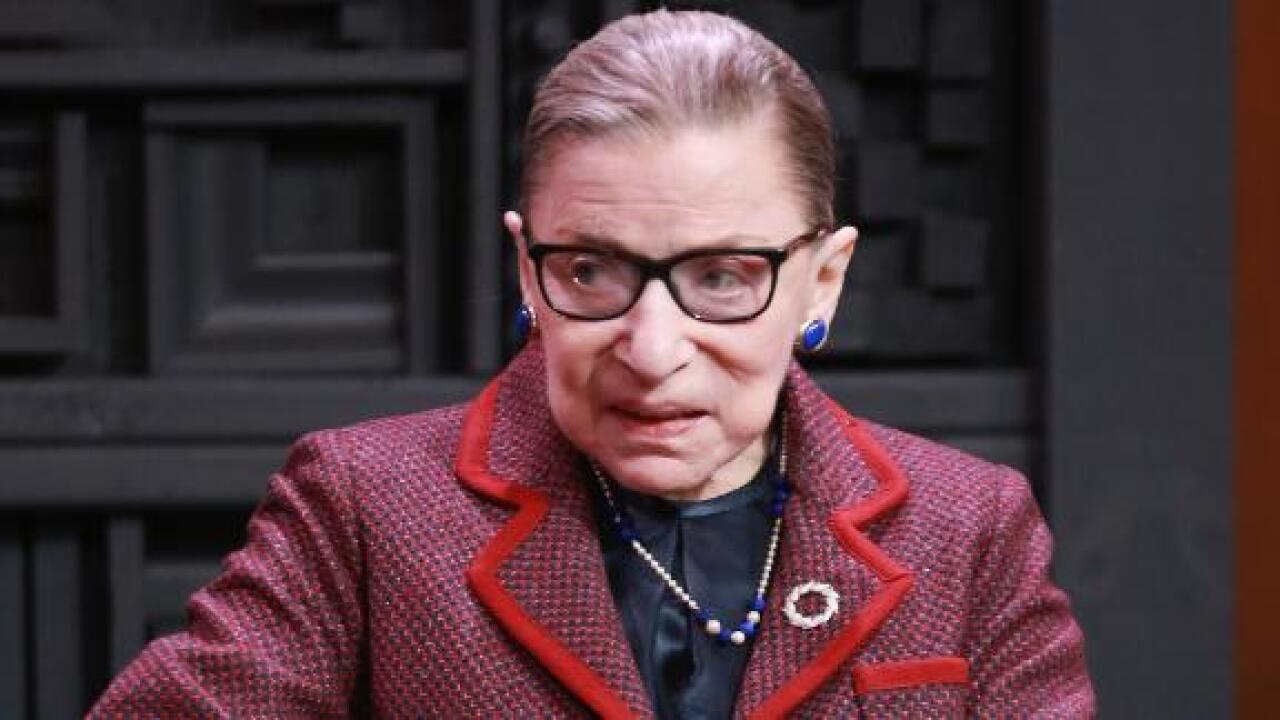 (CNN) -- Justice Ruth Bader Ginsburg was admitted to Johns Hopkins Hospital in Baltimore Friday night after experiencing chills and a fever earlier in the day, the Supreme Court said in a statement Saturday.

Ginsburg, 86, was initially evaluated at Sibley Memorial Hospital in Washington, DC, before being transferred to Hopkins for further evaluation and treatment.

With IV antibiotics and fluids, the court said Ginsburg's symptoms have abated, and she expects to be released from the hospital as early as Sunday morning.

A four-time cancer survivor, Ginsburg has had a lengthy history of medical issues. In August, she was treated for pancreatic cancer, and last fall, nearly two months before she underwent surgery to remove the cancerous nodules, the liberal justice received treatment for three ribs she fractured during a fall in her office.

Ginsburg's health has become a recurring issue as the court grapples with wide-reaching cases that can transform American law. Since coming to office, President Donald Trump has made two appointments, Neil Gorsuch in 2017 and Brett Kavanaugh in 2018, deepening the conservative tilt.

News of the hospital trip comes just days after Ginsburg returned to the bench after missing a day in court due to a stomach bug.

On Friday, Ginsburg had participated in the regular closed-door conference with other justices, according to a court spokeswoman.

The justices discussed petitions for the court to take up cases, including possibly Trump's request to block a subpoena for his financial records. Ginsburg then stayed at the court until midday, the spokeswoman said, before she went to a meeting outside the court where she started feeling ill.

The liberal icon is best known for her opinions related to civil rights issues, including the landmark case opening up the Virginia Military Institute to women.

Her dissents in recent years have continued to energize Democrats at a time when Republicans control the White House and Senate, and the Supreme Court moves rightward.

In 2013, Ginsburg was dubbed the "Notorious RBG," a play on the late rapper Notorious B.I.G., as a response to a dissent Ginsburg wrote when the court majority issued a milestone decision rolling back voting-rights protections.

Ginsburg said earlier this year she'll "stay on the job" as long as she can "do it full steam."

"I was OK this last term. I expect to be OK next term," she said. "And after that we'll just have to see."