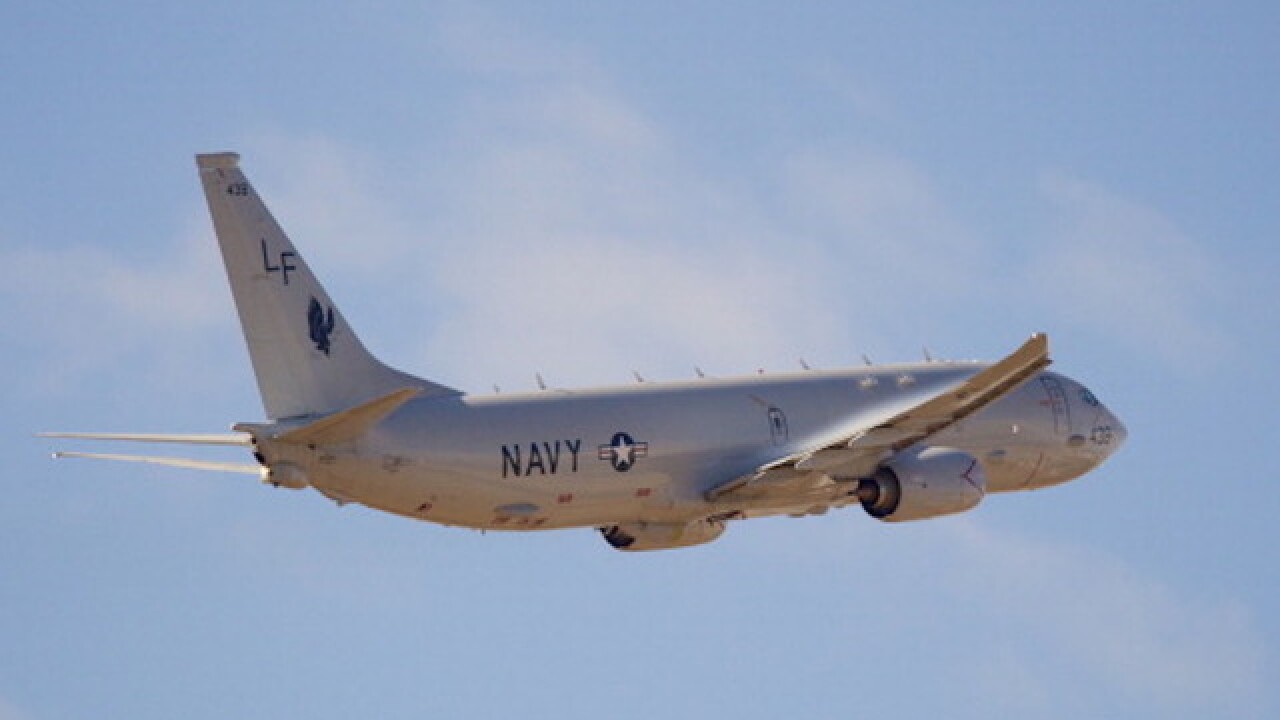 Copyright 2018 Scripps Media, Inc. All rights reserved. This material may not be published, broadcast, rewritten, or redistributed.
Pool
<p>PERTH, AUSTRALIA - APRIL 15: A United States Navy Boeing P-8 Poseidon takes off from Perth International airport as part of a search to locate missing Malaysia Airways Flight MH370 on April 15, 2014 in Perth, Australia. The search continues as an oil slick has been discovered in the search area in the Indian Ocean. Twenty-six nations have been involved in the search for Malaysia Airlines Flight MH370 since it disappeared more than a month ago. (Photo by Richard Wainwright - Pool/Getty Images)</p>

A Russian Su-27 fighter jet performed an "unprofessional" intercept of a US Navy P-8 surveillance plane while it was flying in international airspace over the Baltic Sea Tuesday, two defense officials told CNN.

The Russian jet came within about 20 feet of the US aircraft, one official said.

The intercept was considered safe but unprofessional.

Lt. Cdr. Zach Harrell, a spokesman for US Naval Forces Europe, declined to comment on the specific incident, saying, "US Navy ships and aircraft routinely interact with military units from other countries."

He added that the Navy would provide information on unsafe interactions.

The last unprofessional intercept of a US Navy aircraft by a Russian jet occurred in January when a Russian Su-27 jet flew within five feet of a US Navy EP-3, forcing the Navy plane to fly through its jet wash.

The US Navy deemed that intercept unsafe and unprofessional.

Following that incident, the US State Department issued a statement accusing the Russians of "flagrantly violating existing agreements and international law."