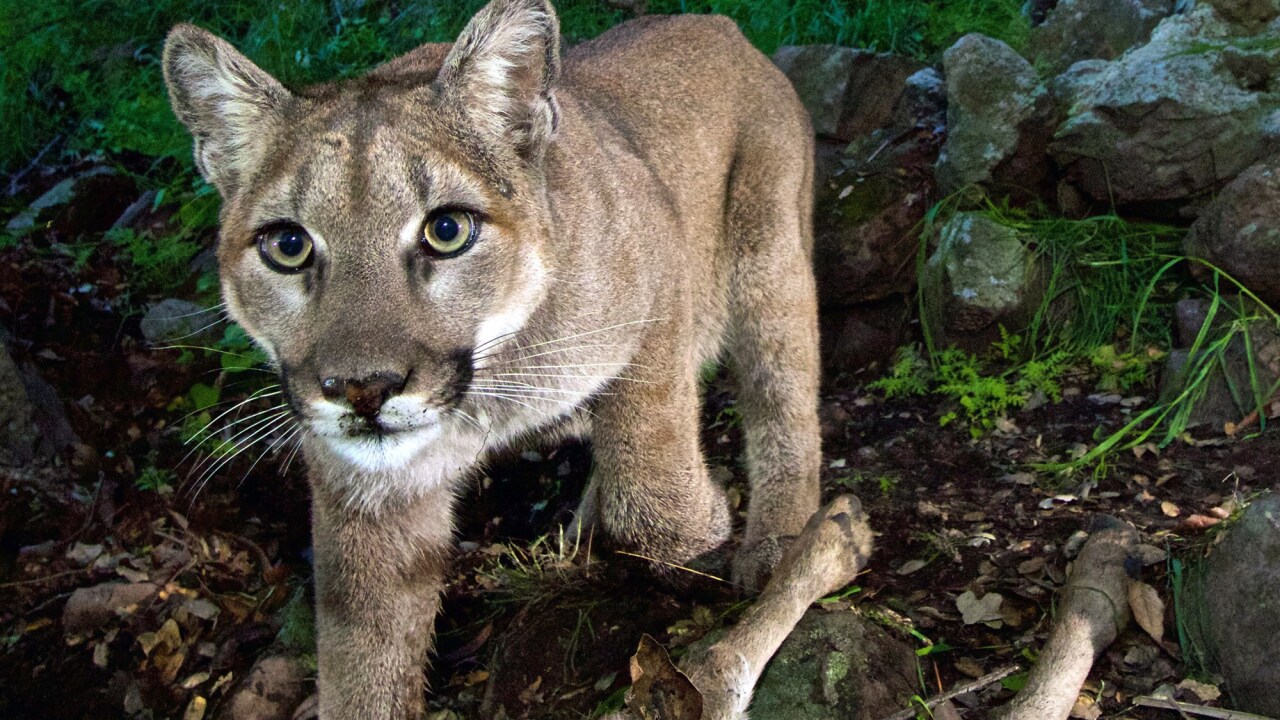 A mountain lion in a 2015 National Park Service photo.

FORT COLLINS, Colo. (AP) -- A man is recovering after he fought off and killed a mountain lion that attacked him during a trail run in northern Colorado.

Rebecca Ferrell, a spokeswoman for Colorado Parks and Wildlife, tells The Coloradoan the man was running alone at Horsetooth Mountain Open Space near Fort Collins when he was attacked from behind Monday afternoon. The runner, whose name has not been released, fought off the cougar, hiked out of the area and drove himself to a hospital.

He suffered facial cuts, wrist injuries and puncture wounds to his arms, legs and back.

The last mountain lion attack in Colorado was reported in June 2016 in Pitkin County.