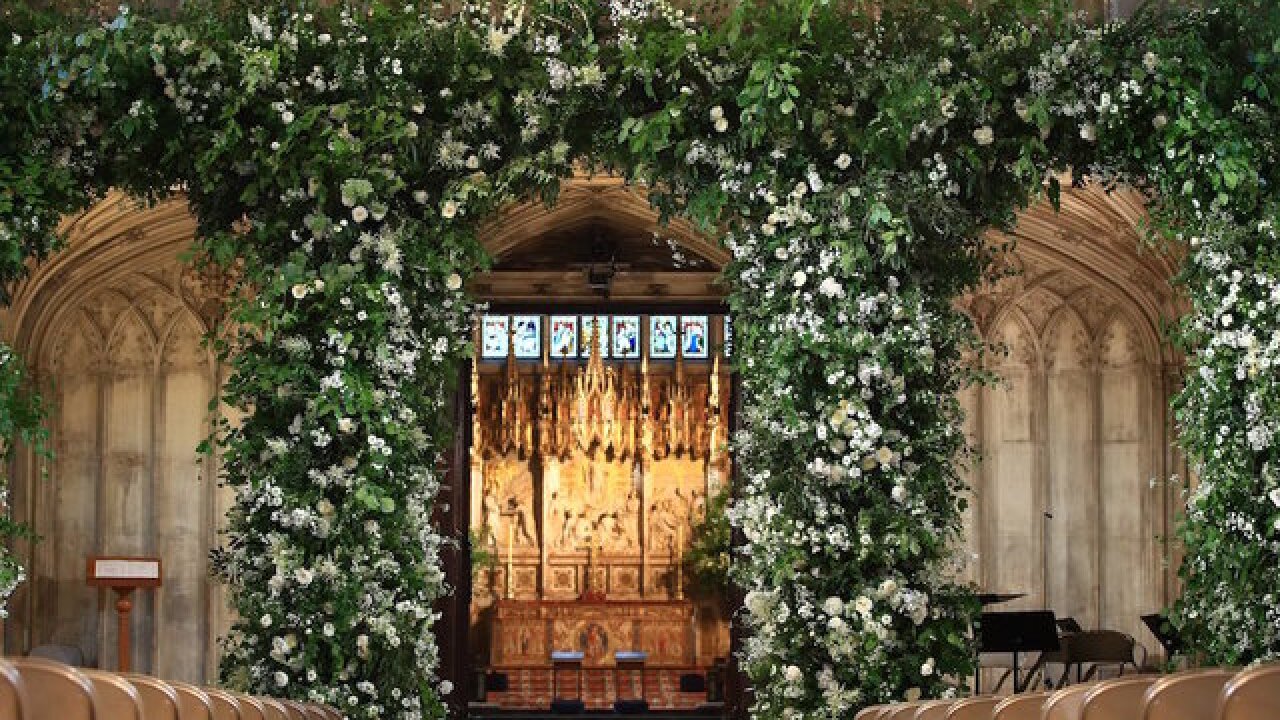 © 2018 Cable News Network, Inc.
Getty Images
<p>The donated flowers, which adorned both St. George's Chapel and St. George's Hall in Windsor on Saturday, were designed by Philippa Craddock and a team of florists from Buckingham Palace and Windsor Castle.</p>

Residents of a hospice in London woke up Sunday to a pleasant and sweet-smelling surprise: the flowers that surrounded the Duke and Duchess of Sussex on their wedding day.

The donated flowers, which adorned both St. George's Chapel and St. George's Hall in Windsor on Saturday, were designed by Philippa Craddock and a team of florists from Buckingham Palace and Windsor Castle.

The bouquets were made up of foxgloves, peonies, and white garden roses, many of which were  sourced from the gardens  and parkland of the royal-owned Crown Estate and Windsor Great Park.

Kensington Palace confirmed that the flowers were donated to a number of charities and hospices. One recipient was St. Joseph's in Hackney, east London. "To see the faces of the patients when they received the flowers was just fantastic," hospice spokeswoman Claire Learner told CNN.

St Joseph's has a long history of royal connections, having been visited by Queen Elizabeth II, Princess Diana and, most recently, Prince Edward, who toured the grounds in 2015, the hospice said.

The ties to the royal family do not stop there. Pauline Clayton, an 89-year-old patient, once worked as an embroideress to Norman Hartnell, one of the Queen's dressmakers.

She revealed that aged just 19, she worked for almost 50 hours on the train of the Queen's own wedding dress, according to the UK's Press Association.

Clayton added that she thought the gesture to donate the flowers was "lovely."

"It is about the energy of love. We are absolutely thrilled by the flowers and wish them (Harry and Meghan) all the best for the future," he also told PA.