Roy Moore says he has never molested anyone 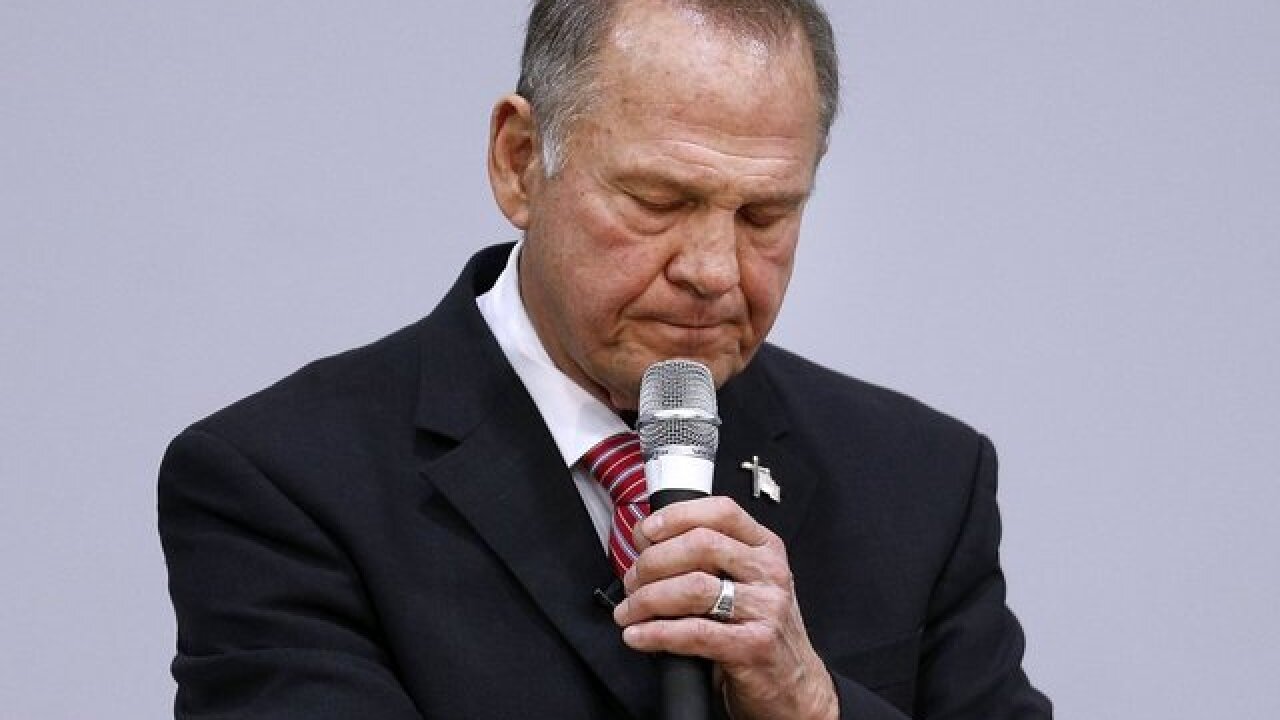 Alabama Senate candidate Roy Moore denied that he has ever molested anyone and repeated that he has never met the women who have accused of him sexual assault in an interview with "The Voice of Alabama Politics" on Sunday.

"I did not know them," Moore said of the women who have accused him. "I had no encounter with them. I never molested anyone, and for them to say that, I don't know why they're saying it, but it's not true."

The Republican candidate, who is facing off against Democrat Doug Jones in Tuesday's special election, has been accused by several women of pursuing sexual relationships with them when they were teenagers, molesting a 14-year-old and sexually assaulting a 16-year-old when he was in his 30s. He has repeatedly denied the allegations.

Moore said in the interview that when he stated he had never met any of the women, he was referring to the ones who have accused him of sexual assault or molestation.

One of his accusers, Beverly Young Nelson, presented  an inscription she alleges Moore wrote  in her yearbook that said: "To a sweeter more beautiful girl, I could not say, 'Merry Christmas.'"

Britt asked Moore if he believes the allegations were made against him because of the Ten Commandments controversy or because he said same sex marriage was unconstitutional.

Moore was first removed from his position as chief justice of the Alabama Supreme Court in 2003 after failing to follow a court order  that instructed the removal  of a more than two-ton granite monument to the Ten Commandments that he had placed in the rotunda of the Alabama Judicial Building.

"Well, that's part of everything," Moore said. "They know I stood for moral values, so they're attacking me in that area, and I understand that. But it's also part of the scheme of political parties today and political candidates and both parties, quite frankly, to degrade your opponent -- to take him down so you appear to go up. That's just a simple political tactic."

Moore was later reelected as chief justice following a failed bid for governor of Alabama,  but was removed again in 2016  after telling probate judges not to follow the US Supreme Court's ruling legalizing same-sex marriage.