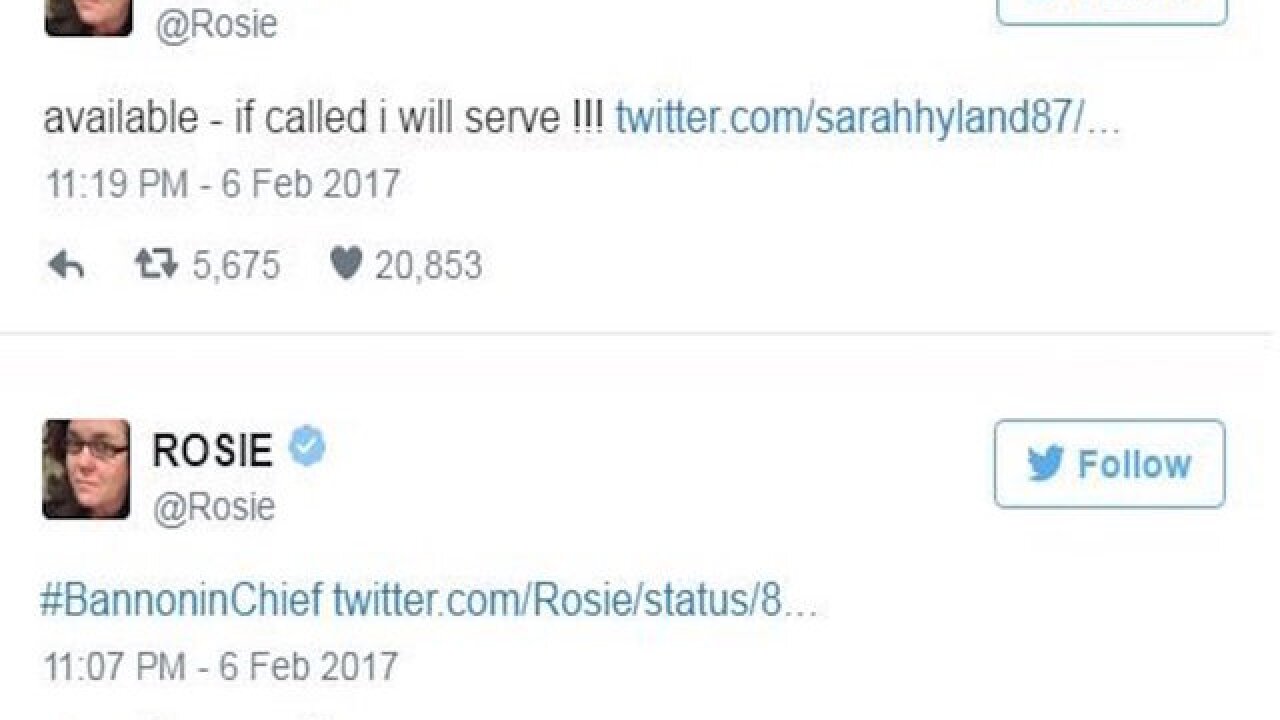 Responding to suggestions that she should portray Bannon on "SNL," O'Donnell tweeted: "I am here to serve - alec has trump - melissa has spice - i would need a few days to prepare - so if called - i will be ready."

Over the weekend, she had praised McCarthy as a "COMEDY GOD" after her portrayal as Spicer.

O'Donnell frequently tweets about her disdain for Trump and his policies, as the two have publicly feuded for more than a decade now. Trump has called O'Donnell a "pig" among many other insults.

Their bad blood dates to 2006 when O'Donnell, who was a co-host of "The View," criticized Trump -- the co-owner of the Miss USA pageant -- for not firing then-Miss USA Tara Conner after revelations of her drug use, underage drinking and sexual activities.

"I've always been a believer in second chances. Tara is a good person. Tara has tried hard. Tara is going to be given a second chance," Trump said at the time. Conner was allowed to keep her crown but had to go to rehab.

The next day O'Donnell criticized his decision, saying that she doesn't "enjoy" Trump and said he went bankrupt.

She added that Trump was "not a self-made man" but a "snake-oil salesman on Little House On The Prairie." She also slammed his multiple marriages.

Trump fired back calling O'Donnell a "a real loser" and "a woman out of control." Since then, he's commented about her show's ratings, her weight and called her "crude, rude, obnoxious and dumb."

In 2014, as O'Donnell prepared to return to "The View," she spoke to "People" about the impact of their public sparring.

"Probably the Trump stuff was the most bullying I ever experienced in my life, including as a child," O'Donnell said. "It was national, and it was sanctioned societally. Whether I deserved it is up to your own interpretation."

Trump responded to her comments by tweeting, "Rosie---No offense, and good luck on the new show, but remember, you started it!"

But that was not the end of it.

The public feud resurfaced during the first Republican presidential primary debate last year. Debate moderator Megyn Kelly asked Trump about his use of language like "fat pigs," "dogs," "slobs" and "disgusting animals" to describe some women.

"Only Rosie O'Donnell," he interjected.