Robin Leach, best known for 'Lifestyles of the Rich and Famous,' hospitalized 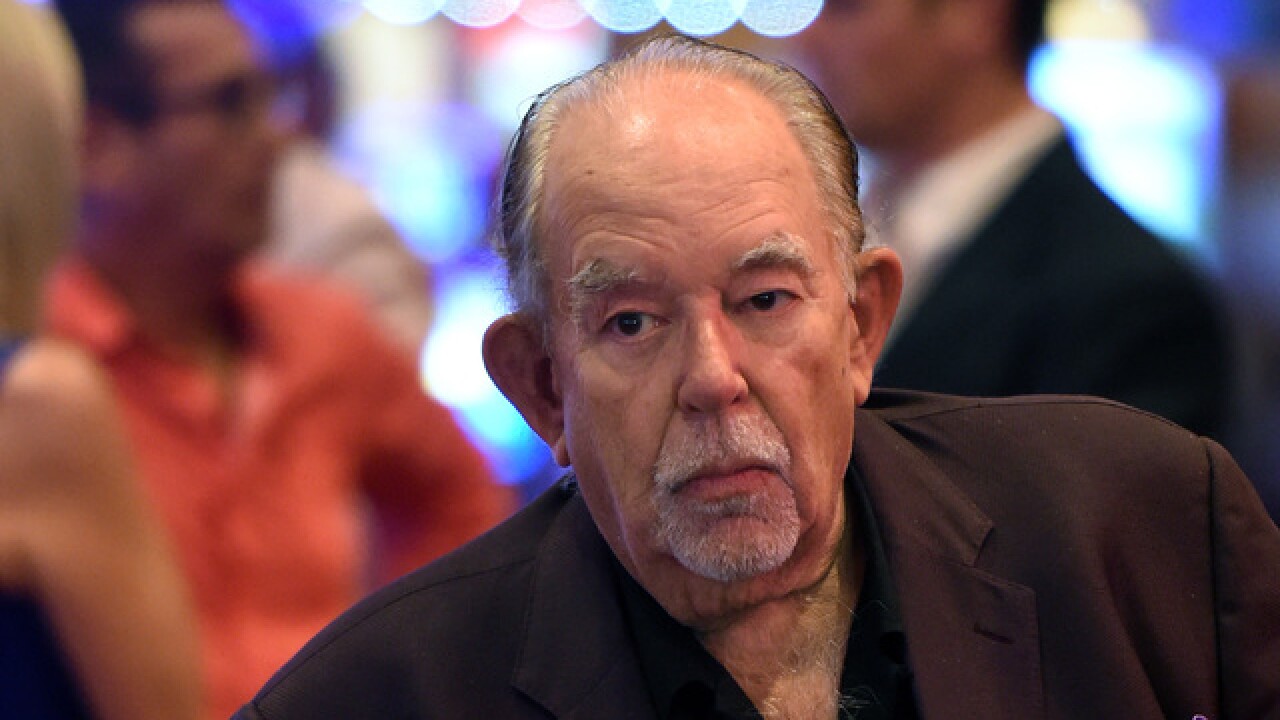 Copyright 2017 Scripps Media, Inc. All rights reserved. This material may not be published, broadcast, rewritten, or redistributed.
Ethan Miller
<p>Television host and writer Robin Leach arrives at a memorial for Jerry Lewis at the South Point Hotel &amp; Casino on September 4, 2017 in Las Vegas, Nevada. Lewis died on August 20, 2017, at his home in Las Vegas at age 91.</p>

Celebrity gossip and entertainment columnist Robin Leach, 76, has been hospitalized because of a mini-stroke, according to Las Vegas Review-Journal .

The newspaper is reporting that Leach began having problems last Tuesday while in Cabo San Lucas. His son, Steve Leach, arranged to have him brought back to Las Vegas.

Leach was admitted to the ICU at St. Rose Dominican. He was transferred to the hospital's rehab facility in Henderson last Friday.

Leach had a setback on Monday night after his lungs began filling with blood following a procedure. Steve Leach says that he and his brothers are encouraged by Robin's strength and determination to return to journalism.

Leach was born in 1941 in England and rose to fame as the host of the "Lifestyles of the Rich and Famous," which profiled various celebrities, their homes and cars. He hosted the show from 1984 to 1995 (it was renamed "Lifestyles with Robin Leach and Shari Belafonte" during its final season). His catchphrase from the show was "Champagne wishes and caviar dreams!"

Before the television show, he wrote for a number of publications including "New York Daily News," "People" and "Ladies Home Journal."

He has resided in Las Vegas since 1999. He wrote for the Las Vegas Sun and the VegasDeluxe.com website from 2008 through 2016. He was then hired by the Las Vegas Review-Journal (his column is on hold while he recovers). He is also known for hosting a variety of events and serving as a judge for various competitions in Las Vegas.