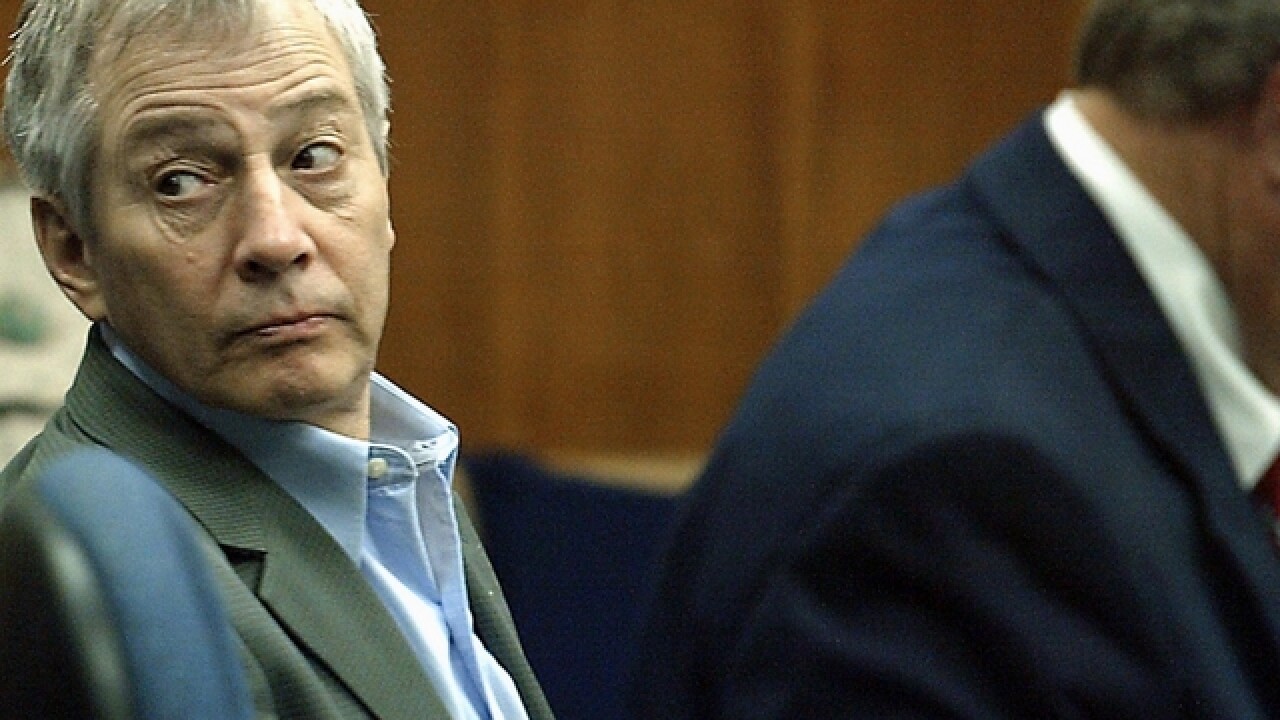 U.S. District Judge Kurt Engelhardt approved the sentence in New Orleans on Wednesday. The 72-year-old Durst had accepted the sentence as part of his guilty plea in February and was waiting for judicial approval.

Ten years and a $250,000 fine would have been the maximum sentence that Durst could have faced for illegally carrying a .38-caliber revolver after being convicted of a felony.

Durst still faces a separate murder charge in California. Durst is charged in Los Angeles with killing a female friend, Susan Berman, in 2000 to keep her from talking to New York prosecutors about the disappearance of Durst's first wife in 1982.

His attorneys have said repeatedly that he is innocent, does not know who killed Berman, and wants to prove it. They filed a motion Monday, asking Engelhardt to recommend that Durst serve his time at Terminal Island, California, about 30 miles from downtown Los Angeles. The location is near the trial venue and has medical facilities Durst needs because of his "advanced age and serious health considerations, including mobility challenges."

An estranged member of the wealthy New York real estate family that runs 1 World Trade Center, Durst was tracked to New Orleans in March 2015 by FBI agents worried that he was about to flee to Cuba.

He was detained at a hotel on the eve of the finale of a six-part documentary about him, and was arrested early on the morning of the show. "The Jinx" described the disappearance of Kathleen Durst, the death and dismemberment of a neighbor in Galveston, Texas, and Berman's death.

At the end of the show, Durst is heard muttering, "What the hell did I do? Killed them all, of course."