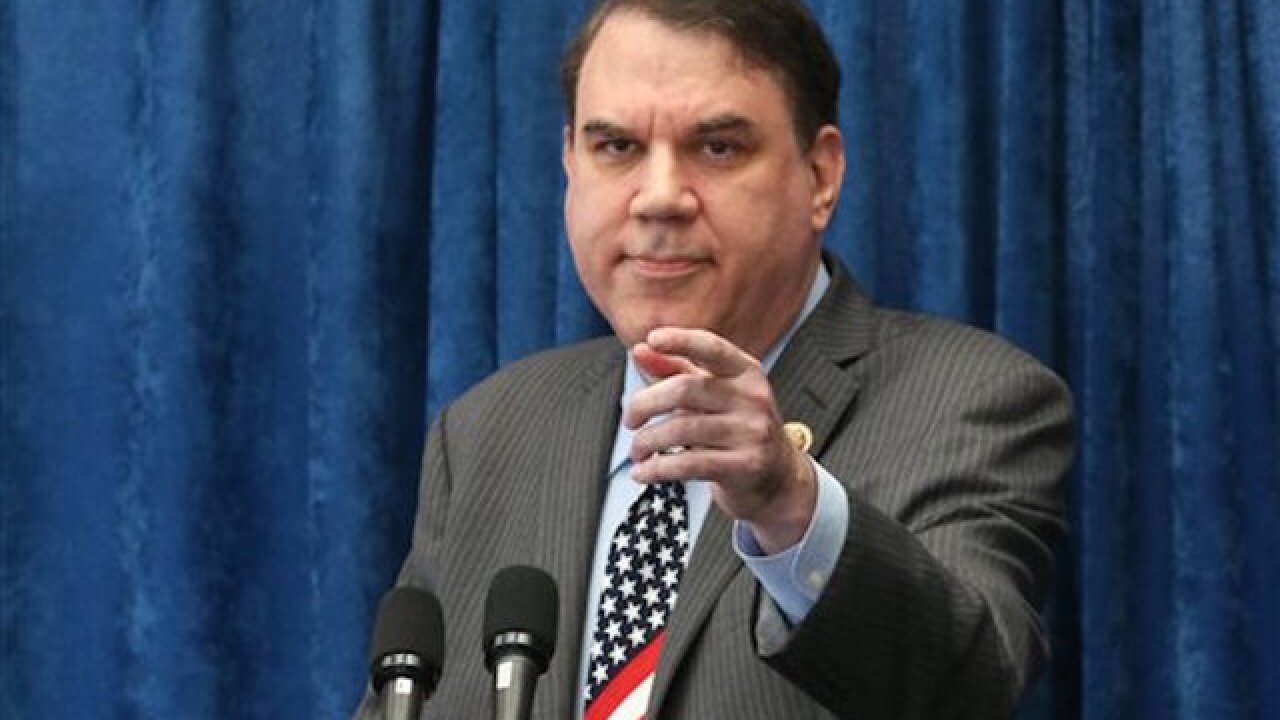 WASHINGTON (AP) — A congressional review panel said Tuesday there is "substantial reason to believe" that Democratic Rep. Alan Grayson of Florida violated federal law and broke House rules in a number of business and legal activities and in managing his congressional office.

Grayson, who is running for the Senate, remains under scrutiny by the House Ethics Committee over the allegations, which center on a hedge fund he started when he was outside Congress and legal work done by others, for which Grayson may have been paid while he was in office. The second allegation, if proven, would be a violation of federal law.

Grayson also faces allegations that he used his official congressional staff for purposes unrelated to his congressional work and conducted interviews about his Senate campaign in his House office, a possible violation of federal law and House rules.

The ethics panel announced Tuesday that it is extending an investigation into the allegations.

Grayson's statement said the allegations against him were politically motivated and "utterly frivolous."

Grayson and Murphy are seeking their party's nomination for the open Senate seat currently held by Republican Marco Rubio, who waged an unsuccessful campaign for the presidency.

The ethics committee's Republican chairman and senior Democrat said in a joint statement that the panel is reviewing a referral from the independent Office of Congressional Ethics, an outside panel that reviews ethics complaints against House members.

The review panel said in a 74-page report released Tuesday that it "identified potential violations under federal law, House rules and standards of Congress" after examining Grayson's hedge fund, law firms and business arrangements, and for alleged "numerous omissions" of information about his business arrangements from the financial disclosure statements that lawmakers must file.

"In many cases, the alleged violations were interrelated and connected to Representative Grayson's leadership of, and financial interest in, the law firms he directed and the hedge fund he manages," the report said.

The report says that during his two years out of Congress, Grayson was an attorney who directed several law firms, and in 2011 started the Grayson Hedge Fund, which served multiple investors.

From January 2013 to September 2015, entities of Grayson Hedge Fund used Grayson's name and he apparently was compensated at least once by that fund, the report said. Such compensation is illegal for members of Congress.

The report says Grayson's hedge fund was structured to hold assets fed to it by related funds established in Delaware and the Cayman Islands, which has a more lenient tax system than the U.S.

The review panel said Grayson may have had an arrangement to receive contingent fees for legal work performed by other attorneys in cases involving the U.S. government while he was a member of Congress, which could also violate federal law. The report said there is "substantial reason to believe" Grayson had arrangements to collect contingency fees in at least seven cases pending under the False Claims Act while he was in the House.

The report says Victor Kubli, an attorney who worked with the congressman, and Grayson's former wife, Lolita Carson Grayson, both declined to cooperate fully with investigators.

Grayson's campaign labeled the investigation a "Murphy-instigated fishing expedition" and compared it to the House Benghazi Committee "witch hunt." That panel is investigating the deadly 2012 attacks in Libya that killed four Americans, including the U.S. ambassador.