Rev. Billy Graham's body to lie in honor at US Capitol 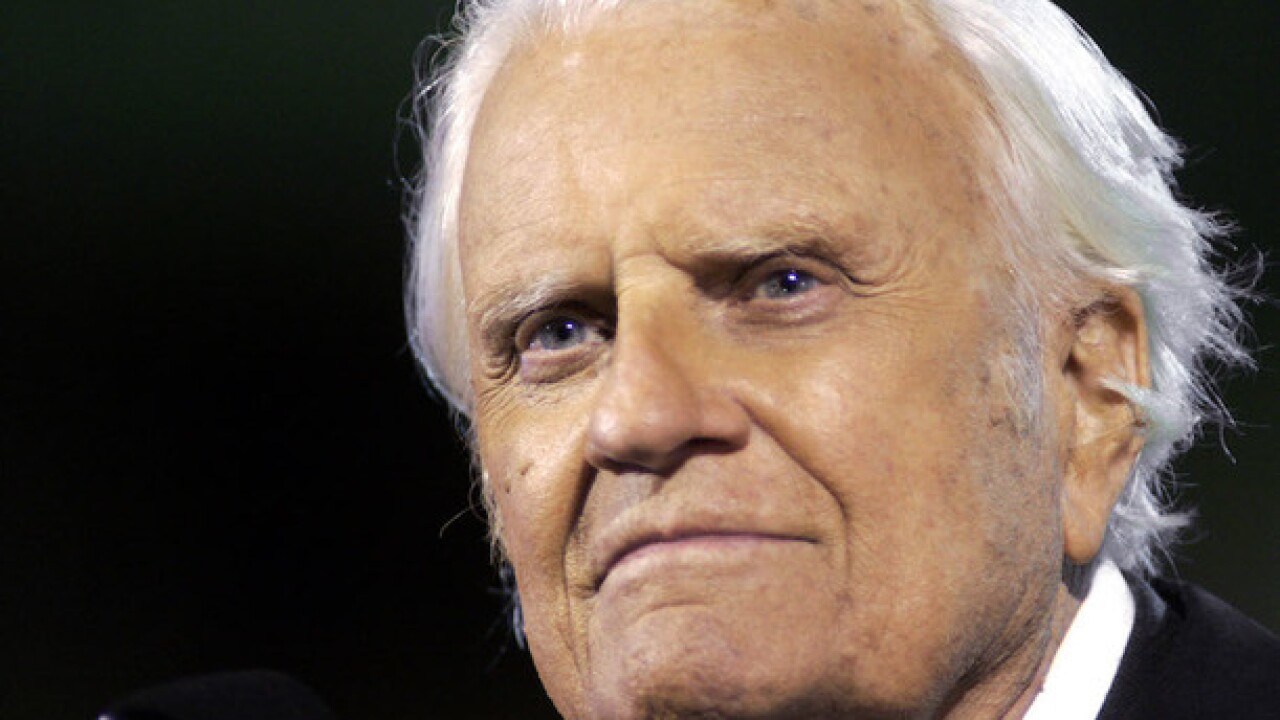 The Rev. Billy Graham's body will lie in honor in the U.S. Capitol for two days next week.

U.S. House Speaker Paul Ryan said the public and members of Congress will be invited to pay respects to "America's Pastor" on Feb. 28 and March 1. The last time a private citizen laid in honor at the Capitol was 2005, when Rosa Parks died.

Graham, a famous evangelist who preached to hundreds of millions of people in 185 countries around the world, died Wednesday, Feb. 21. He was 99 years old.

On Monday and Tuesday his body will lie in repose at his library in Charlotte, North Carolina, according to the Associated Press. A funeral is scheduled for March 2 on the grounds of the library.