Reports: Ricin discovered in mail sent to the White House 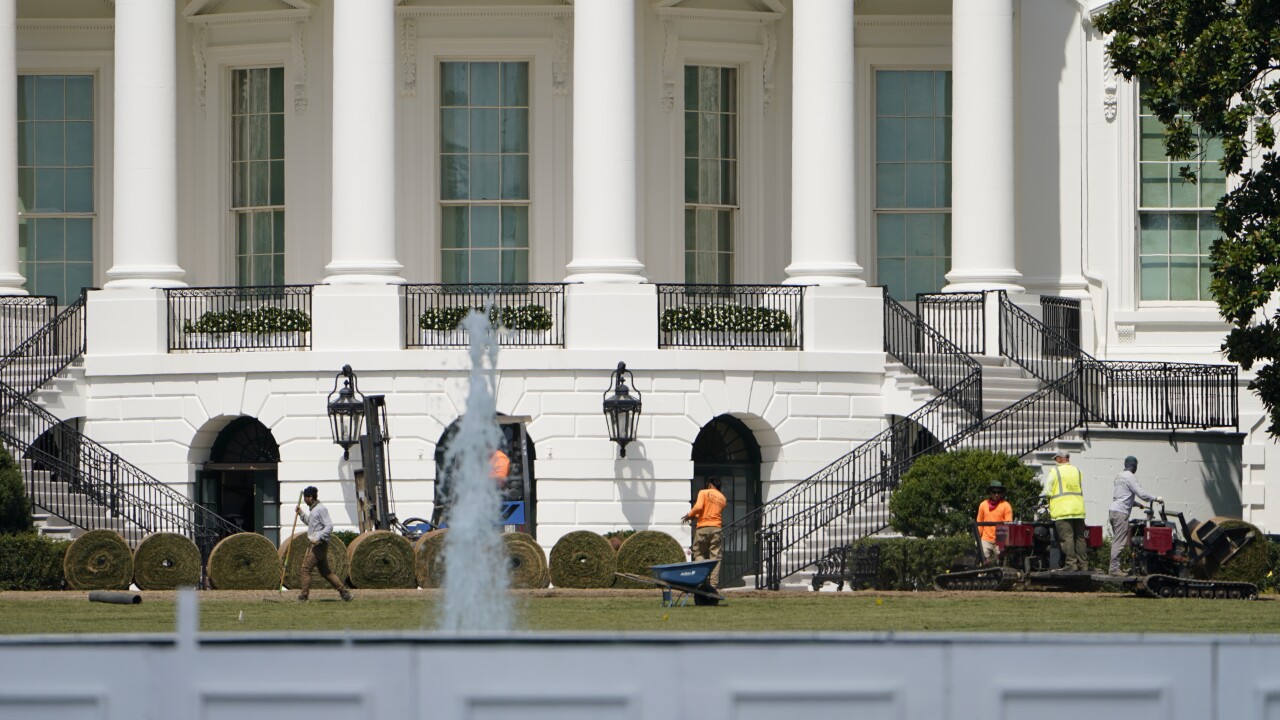 Copyright 2020 The Associated Press. All rights reserved.
Jacquelyn Martin/AP
Workers lay sod on the South Lawn of the White House, Tuesday, Sept. 8, 2020, in Washington. The White House South Lawn and its iconic Rose Garden are undergoing extensive re-sodding and other work after last month’s Republican National Convention turned them into a muddy mess. Crews have been working to repair damage to the public grounds, including browning of the South Lawn and mud patches in the Rose Garden, after the spaces were used as backdrops for President Donald Trump’s convention events. (AP Photo/Jacquelyn Martin)

An envelope containing ricin was recently sent to the White House, which has prompted an official investigation, sources told the New York Times and CNN.

According to New York Times sources, the exact location of the origins of the letter is unknown, but believe to have been sent from Canada. Mail sent to the White House is screened off site before reaching the complex.

According to the CDC, Ricin is a poison found naturally in castor beans.

“If made into a partially purified material or refined into a terrorist or warfare agent, ricin could be used to expose people through the air, food, or water,” the CDC said, adding that there is no known antidote for ricin.

The White House has been the target of ricin mailings in the past. In 2013, the FBI confirmed two letters were sent to the White House containing ricin.