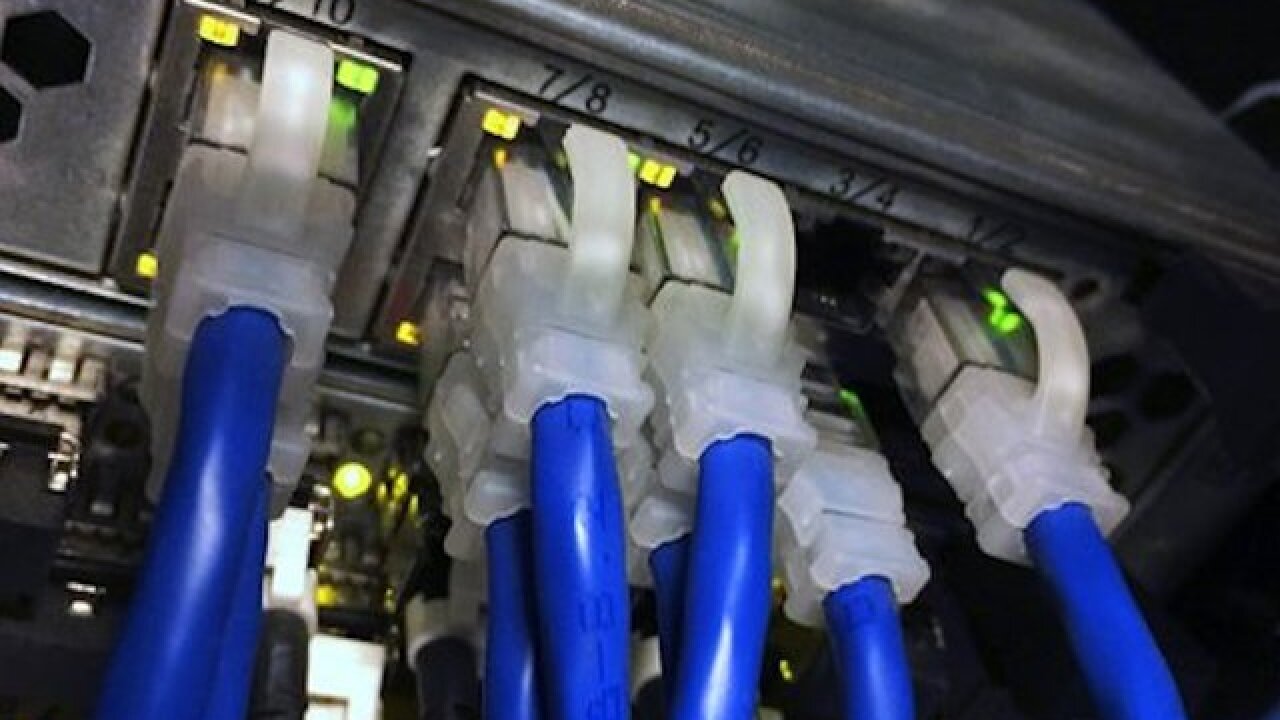 Copyright Associated Press
Jon Elswick
<p>In this March 5, 2015, file photo, cables are connected to a server capable of handling an email server at the Washington bureau of The Associated Press. News that Hillary Clintonís home email server contained top-secret messages brings renewed attention to the security of her mail system and to the laws and regulations that control classified information. (AP Photo/Jon Elswick, File)</p>

WASHINGTON (AP) — A Justice Department lawyer admitted improperly sending sensitive information to her personal email account, according to an investigative report obtained by The Associated Press.

As Democratic presidential candidate Hillary Clinton is scrutinized for her handling of sensitive government records, the report from the department's inspector general makes clear the potential professional and legal perils for federal workers who mingle government business with their personal and unsecure email accounts. The Justice Department is investigating the security of a private email server Clinton and her aides used for State Department affairs during her tenure as secretary of state.

In a case that's in some respects parallel, the inspector general identified multiple policy violations and referred the matter to the department's Office of Professional Responsibility, which investigates allegations of lawyer misconduct and can recommend a range of sanctions.

The AP obtained a redacted report through the Freedom of Information Act following the release in September of a one-page summary by the inspector general.

The department's inspector general opened an investigation into the lawyer two years ago amid FBI concerns that the unidentified assistant U.S. attorney may have disclosed sensitive but unclassified information that she obtained through her job. The information in this case concerned "properties needing liquidation," according to the 10-page report.

Investigators determined that though the attorney had not improperly shared information, she nonetheless admitted sending work documents — specifically draft pleadings — from her government computer to her personal email account in violation of Justice Department policy that prohibits transmitting sensitive information over the Internet unless encrypted.

The lawyer also used official letterhead to write a letter of recommendation for her niece and did unauthorized pro bono legal work, according to the report.

The report does not name the attorney, but does identify her as an assistant U.S. attorney handling civil matters. A Justice Department spokesman said the episode occurred in the Southern District of Texas, which covers Houston, but declined to say what discipline she faced. A spokeswoman for the U.S. Attorney's office declined to comment.

"Appropriate action was taken on the basis of the referral," spokesman Wyn Hornbuckle said in an email without elaborating.

According to the report, when questioned by the inspector general's Dallas office, the lawyer told investigators that she sent work documents to her Yahoo! email account "all the time" so that she could work from home and that she believed her supervisors were aware of the practice and had even encouraged co-workers to send correspondence to her private address when she was out sick. Department policy states that personally owned hardware and software cannot be used for work purposes.

In addition, the attorney admitted misusing government time and resources by using Justice Department letterhead and her government computer to write a letter of recommendation for her niece, even though she was not applying for a federal job.

She also used her account for an electronic court filing system to review legal matters for relatives, and performed outside legal work without permission, according to the report.

Its findings were also sent to the Executive Office of the United States Attorneys, which has oversight of the nearly 100 U.S. Attorney offices within the Justice Department.