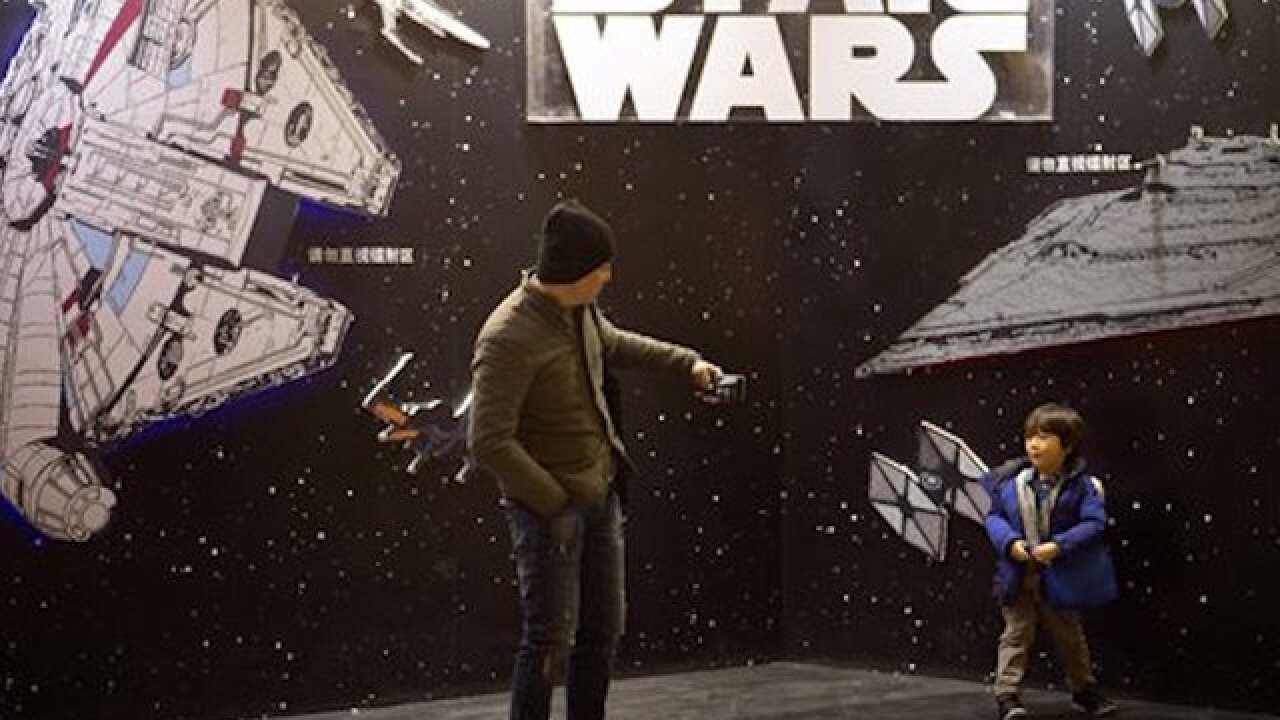 Copyright Associated Press
Mark Schiefelbein
<p>A man takes a smartphone photo of his son at a "Star Wars" promotional display at a shopping mall in Beijing, Saturday, Jan. 9, 2016. The record-breaking "Star Wars" opened Saturday in China, where it is far from certain to draw in enough moviegoers to knock off "Avatar" as the world's all-time biggest grossing movie. (AP Photo/Mark Schiefelbein)</p>

BEIJING (AP) — The record-breaking "Star Wars" opened Saturday in China, where it is far from certain to draw in enough moviegoers to knock off "Avatar" as the world's all-time biggest grossing movie.

"Star Wars: The Force Awakens" is the highest ever grossing film in the North American market, where it was released three weeks ago.

But internationally, it still has a long way to go to beat "Avatar," James Cameron's science-fiction movie with blue aliens. The international box office of the latest "Star Wars" movie stands at $1.6 billion, compared to the $2.8 billion "Avatar" made in 2009.

Not many Chinese are familiar with "Star Wars." The franchise's three prequel films released from 1999 to 2005 were shown in China, but at a time when there were much fewer screens in the country.

Promotional events organized by Disney in the months leading up to the release included the placing of 500 Stormtrooper figures on the steps of the Great Wall and the illumination of the movie's Chinese title on the guard towers for a light show in October.

It enlisted the marketing power of actor and singer Lu Han, who appeared in promotional videos and released a music video on Thursday called "The Inner Force" with images from the film.

In an overt bid to appeal to Chinese audiences in next "Star Wars" film, "Rogue One," bosses have cast Hong Kong martial arts actor Donnie Yen and Chinese actor and director Jiang Wen in it.

China is expected to surpass North America as the world's largest movie market as soon as next year, and Hollywood is casting Chinese actors and incorporating Chinese elements to appeal to the massive audience.