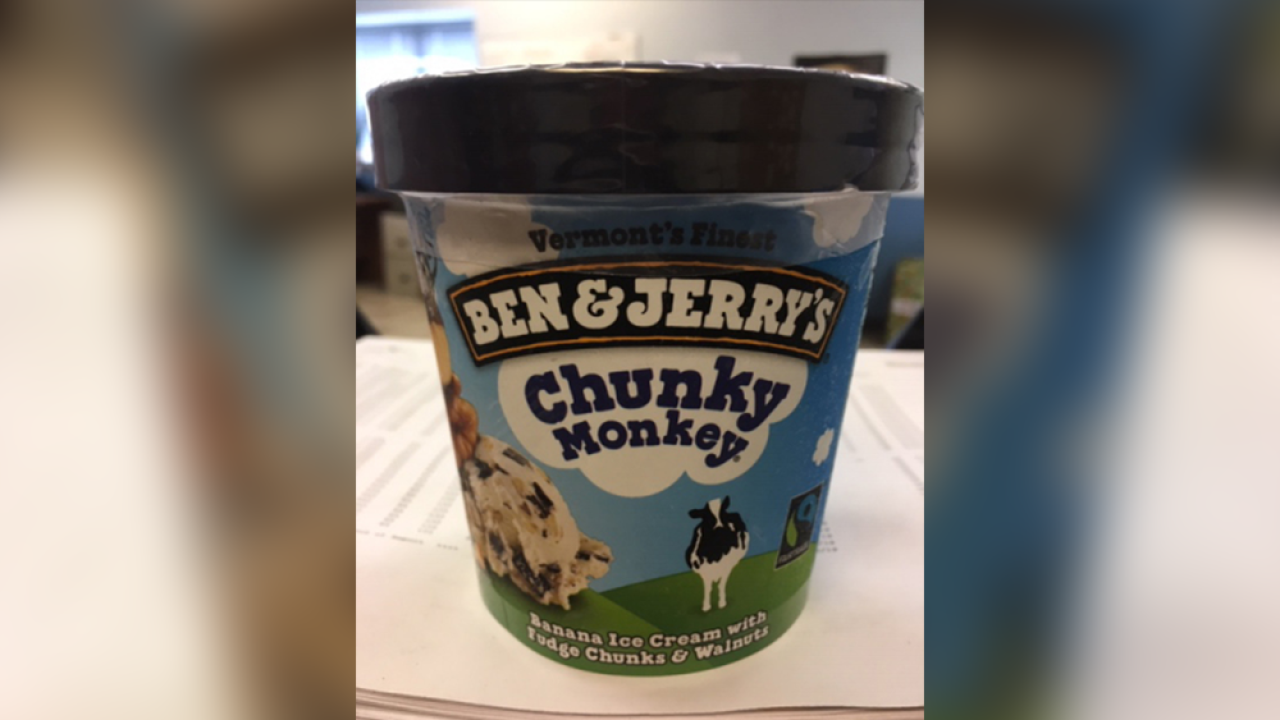 Unilever, the company that owns Ben & Jerry's, is telling consumers some of their ice cream may not be safe to eat.

Ben & Jerry's issued a voluntary recall on a limited quantity of Coconut Seven Layer Bar bulk and Chunky Monkey pints. They say the two flavors may inadvertently have tree nuts, including almonds, Brazil nuts and hazelnuts that are not declared in the ingredient list or allergy information list.

Both affected flavors have a "contains walnuts" and a "may contain other tree nuts" labels on the back of the pack, according to Unilever.

The recall was issued after an undeclared nut was found during production product, Unilever said in a release.

Those who have purchased one of the two flavors are asked to stop eating them, keep the outer container and call 833-236-1237.