Raped and impregnated by a Catholic priest nearly 60 years ago, one woman is now sharing her story 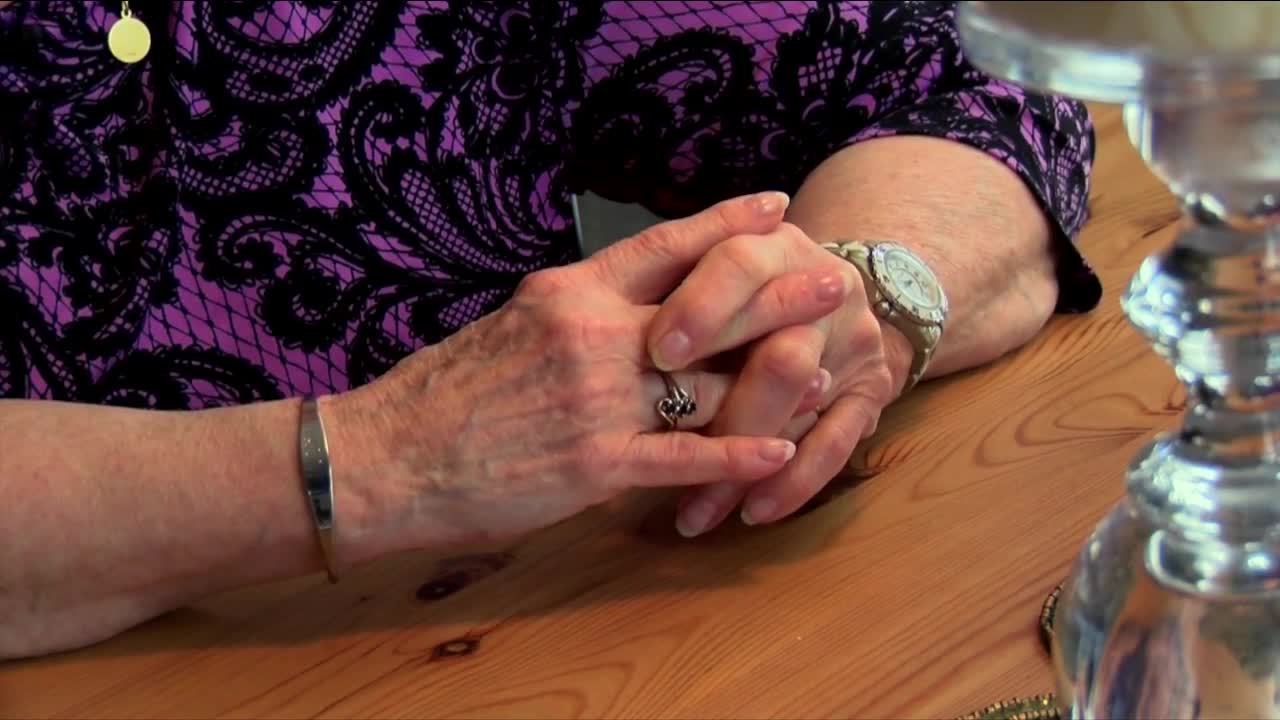 An abuse survivor from Hamburg offers an inspiring story after being raped and impregnated by a Canisius priest in the 1960s. 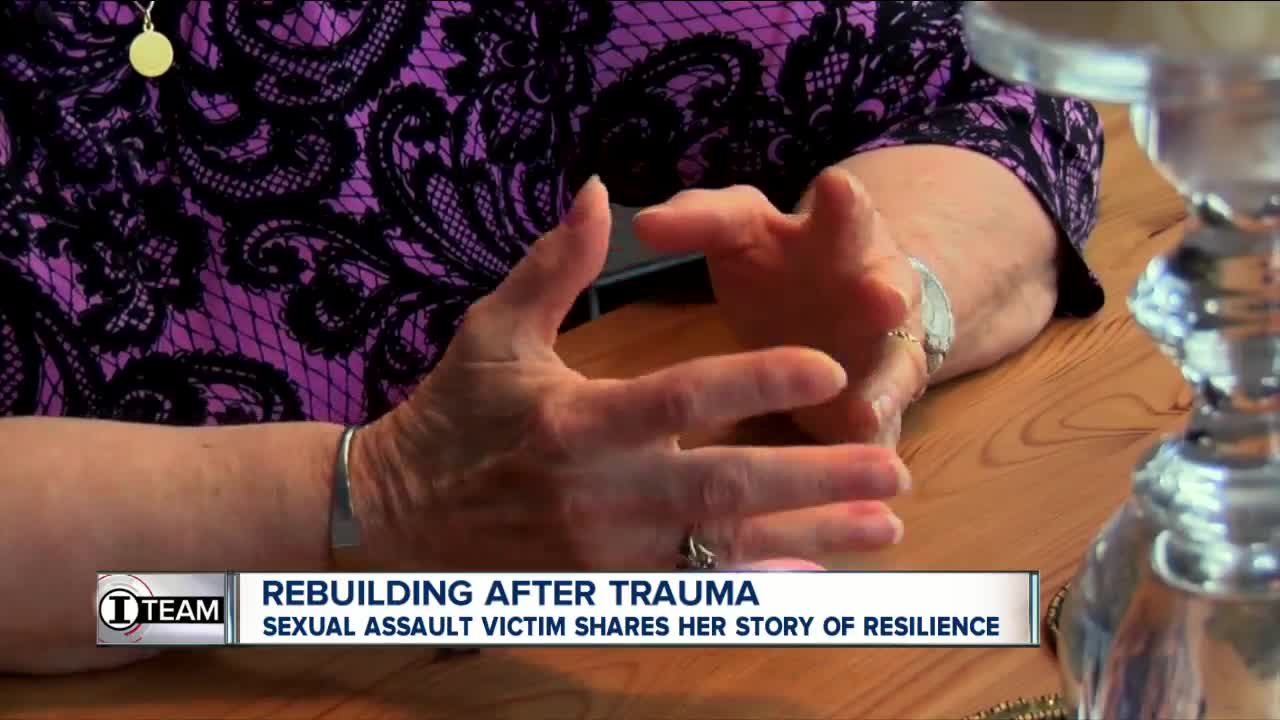 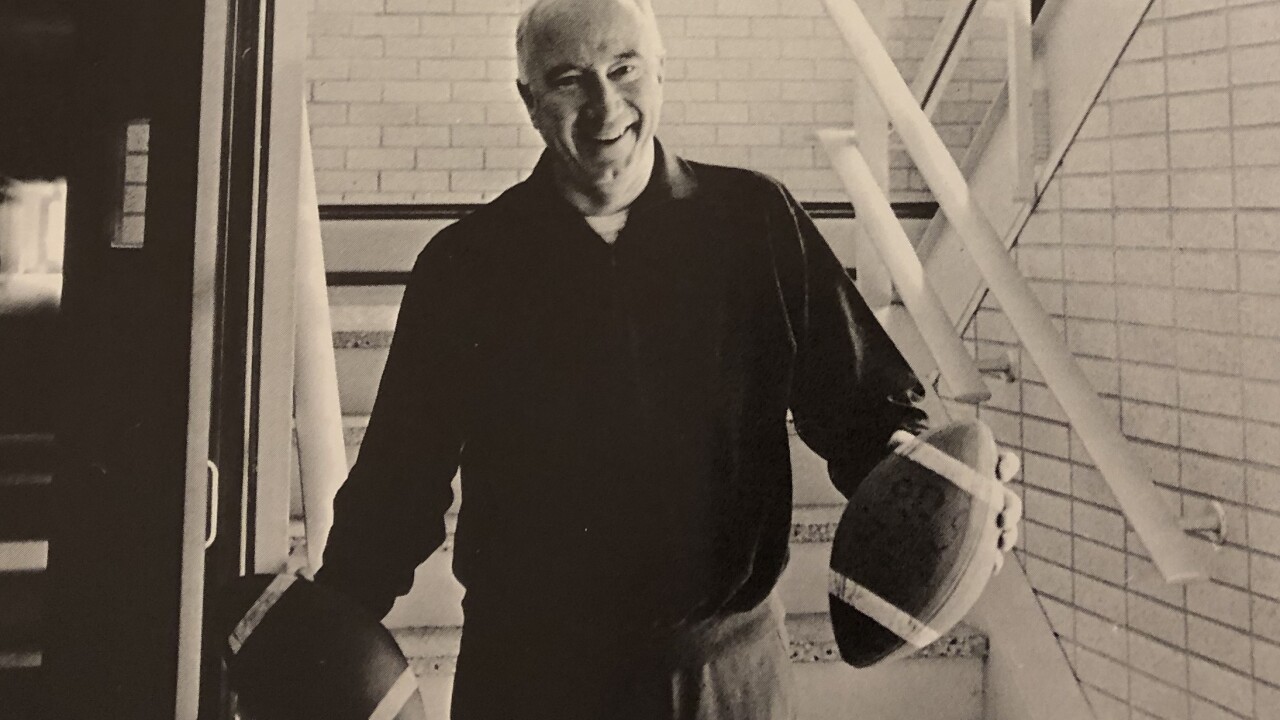 She first climbed those stairs nearly 60 years ago when she was a young schoolgirl at the old Mount St. Joseph’s Academy.

“It was after my father’s death and I wasn’t handling it very well, and a nun at the school was sympathetic and she wanted to help me,” the woman said. “So she hooked me up with this Jesuit priest at Canisius High School.”

But Mooney was no ordinary priest. He was the Canisius president for most of the 1960s and 1970s and was a member of the well-known Jesuit religious order that runs Canisius high school and college.

His second-floor office where the 16-year-old poured her heart out doubled as a confessional, where after years of grooming, Fr. Mooney invited the young woman to confess her sins.

“He heard my confession, and as I got up from the kneeler and he came around from the other side, he attacked me,” she said. “He was over 6 feet tall, a large man, and I was only 5-foot-3 and completely shocked and not comprehending what was going on.”

Terrified, she says she escaped and burst down the stairs and into the parking lot, adjusting her skirt and blouse along the way.

“I felt him on top of me and I felt constricted and after everything was over, I just got up and I ran -- I just ran,” she said. “I was catching a bus at the corner to go home, and I was just in agony, wondering, ‘Why? Why?’”

The woman is now 75, lives in Hamburg and asked that her name be withheld because her family does not know the details of her story. 7 Eyewitness News does not identify sex crime victims without their permission.

“I never told anyone,” she said. “You just didn’t discuss things like that.”

But the sexual assault was only the beginning of the woman’s nightmare.

Within a few months, she says she learned she was pregnant with Fr. Mooney’s child.

“The shame was immense,” she said, and she had to tell her mother.

But her mother never learned that Mooney was the father. Neither did Mooney, who died in 1981.

Although it was illegal in the late 1960s, she said her mother insisted she have an abortion.

“I hemorrhaged, I started bleeding out and it almost killed me,” she said.

A doctor at Sister’s Hospital was able to save her life.

“That’s when I decided I wanted to live,” she said. “I wanted to fight back and make something of myself.”

She forged a path that can be uncommon for victims of such heinous crimes. She went on to build a 30-year career as a researcher at the University at Buffalo and Roswell Park Cancer Institute.

She has a son and three grandchildren, a spotless home, a gentle laugh and a perfect smile.

But the pain of those early days has never left the deep recesses of her mind.

“It influences every aspect of your life,” she said. “You don’t trust a lot of people, especially men. You’re constantly reminded and you feel worthless, and its agony.”

She found a measure of healing by watching TV news this year, when investigative news stories revealed the decades-long cover-up of sexual abuse by priests in the Diocese of Buffalo.

“I was watching TV one night and they had on the news this story about the Catholic Church and the exposure of too many -- way too many -- priests,” she said. “I knew I was a victim but I didn’t realize how many victims were involved. It struck me that I could finally make a phone call, reach out and talk to someone concerning what happened to me way back when I was in my late teens and early twenties, and the abuse that I had endured.”

The woman contacted the Diocese of Buffalo, which passed her along to the Jesuit religious order. A lawyer for the Jesuits asked her to come to New York City to give a statement, but eventually agreed to a meeting in Buffalo.

Church representatives asked her to come to a meeting at -- of all places -- Canisius High School.

“When I got to the reception area, I saw the area where one of Fr. Mooney’s offices used to be,” she said.

The woman told her story and the two men said they believed her, which was a relief, she said. She was not planning on asking for compensation until the lawyer for the Jesuits, at the end of the meeting, asked her, “Well, what do you expect to get out of this?”

Floored by the remark, she asked for a settlement, and the Jesuits agreed to $12,500. After learning more details about the pregnancy and the abortion, the Jesuits offered an additional $15,000. She began receiving counseling through Catholic Charities, which has helped, she said.

“I didn’t contact them for money,” she said. “I contacted them for support, for me and for others.”

Mike Gabriele, a spokesman for the Jesuits, confirmed the woman’s story and called the situation “horrific,” adding that “there are no words to truly assuage the heinous nature of this abuse.”

He confirmed the meeting at Canisius but said, “the Jesuits were unaware that the abuse happened there at the time.” (After this story was published, the Jesuits released information specifying that in 2002, they received another allegation of abuse of a minor from a different victim of Mooney that allegedly occurred in 1959 and that the allegations were "credible after investigation").

As a girl, she once dreamed of becoming a Catholic nun.

“I wanted a career in the church, and he took that from me,” she said.

She remains a woman of faith but said her ties to the Catholic Church as an institution have been “obliterated.”

“I didn’t lose my faith,” she said. “I still believed in the tenets of the church, I believed in God, I believed in Christ, but I couldn’t share that with anybody. I couldn’t go to church every Sunday and pretend that nothing had happened. I had to stay away.”

Records obtained by the 7 Eyewitness News I-Team from inside the Diocese of Buffalo chancery confirm that Auxiliary Bishop Edward M. Grosz received the woman’s report in April. But Mooney’s name was not on a list of abusive priests the diocese put out in November.

“The priest’s name was not included on the list in November because it was the only claim the diocese had received against that priest, and the claim was unable to be investigated before the priest had died,” diocese spokeswoman Kathy Spangler said in an email.

In response, the woman who said she was victimized by Fr. Mooney said, “That’s definitely minimizing it. If a person comes forward, and explains their situation, one should be enough to put the individual’s name on the list. They have no right to privacy. The church made them private. That’s not correct. That’s an abuse and a cover up of criminal activity.”

A spokeswoman for Canisius High School declined to comment to the I-Team or provide more information about Fr. Mooney’s history.

The Jesuit religious order has released lists of abusive priests in every area of the country and will release a list for its Northeast Province, which includes Buffalo, on Tuesday. The Jesuit spokesman confirmed Mooney will be included on that list.

Church records show Mooney served at Canisius from 1958-75 and was appointed president and rector in 1968, according to church records and archives of the Buffalo Courier-Express. He was the moderator of the Western New York Sodality Union, a role that allowed him to lead retreats for young women, according to news articles.

In 1976, he was transferred to Loyola Marymount University in Los Angeles, Calif., where he lived until his death in 1981.

The woman believes other religious orders should take a cue from the Jesuits and finally release the names and assignments of priests who perpetrated crimes. An estimated one-third of American priests belong to religious orders like the Jesuits, Franciscans and Oblates.

“It should be exposed to the light and not hidden away in these little communities, in certain Catholic conclaves,” she said.

Above all, she wants victims to know that it is OK to come forward and speak of the abuse, no matter how many years have passed.

“You’re always alone until you expose them,” she said. “You’re always alone until you name what the problem is. If things like this happen to you, please, find someone, contact someone. Contact me if you need to. Contact other people that have been abused. You just need to get it out there and you have to be honest with who injured you, who abused you. I thought I was the only one. But looking back, obviously there had to be more than just me.”

Fall From Grace is an ongoing investigation by 7 Eyewitness News Chief Investigator Charlie Specht into the history of sexual abuse and its coverup within the Catholic Diocese of Buffalo.