Rancher's cause gains support with GOP 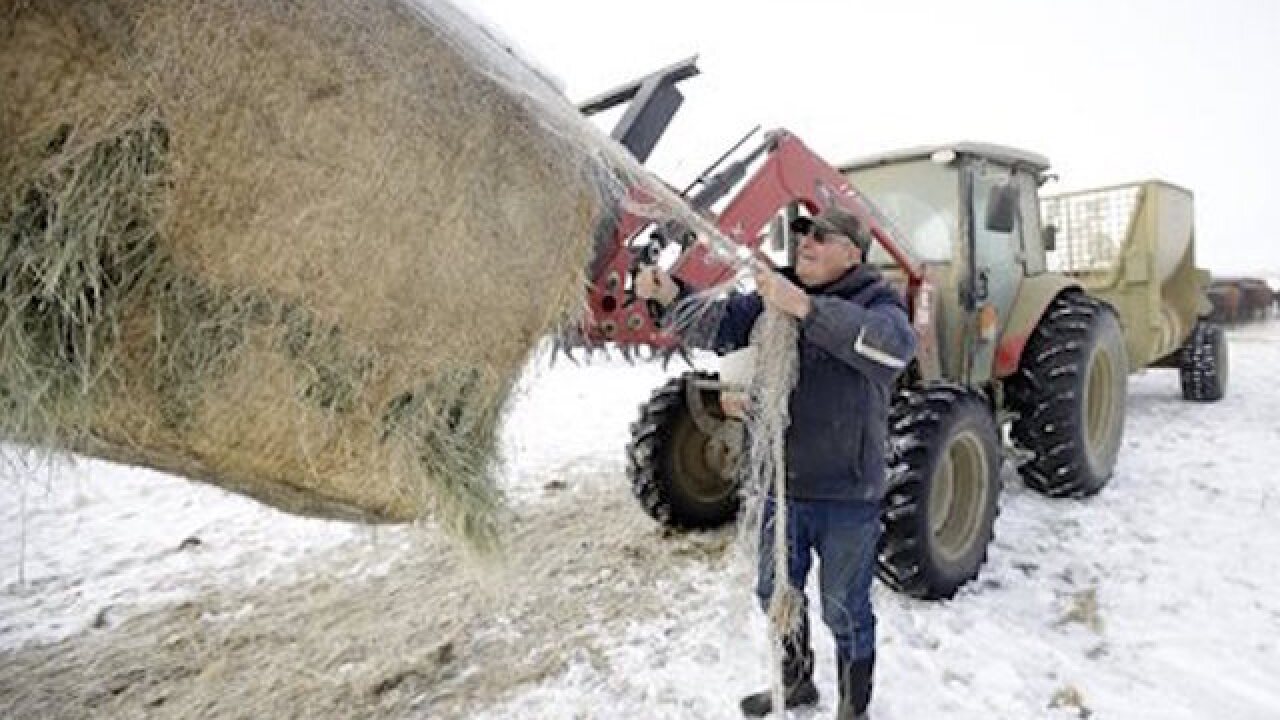 Rick Bowmer
<p>Rancher Jerry Miller, 79, prepares to feed his cattle on his ranch Saturday, Jan. 9, 2016, in Crane, Ore. Behind the standoff between ranchers and the U.S. government in Oregon is a decades-old idea in the West to take back control of federal lands, a proposal that is gaining traction among the GOP and could garner even more momentum should the party recapture the White House this year. (AP Photo/Rick Bowmer)</p>

DENVER (AP) — Republicans have widely condemned the armed standoff by a group of ranchers to reclaim federal land in eastern Oregon, but their goal of taking back some of Washington's vast holdings in the West has gained traction in the GOP.

The decades-old idea could garner even more momentum should the party recapture the White House this year.

Texas Sen. Ted Cruz has proposed preventing the federal government from owning more than 50 percent of the land in any state, which would require changes, for example, in Alaska, Nevada and other Western states.

Florida Sen. Marco Rubio has backed legislation to give states the ability to develop energy resources on federal land and told the Des Moines Register editorial board that "the federal government owns far too much land" in the West.

Both senators backed an amendment offered by Alaska Sen. Lisa Murkowski last year that would make it easier for federal land to be returned to state control.

Meanwhile, an effort to force the federal government to hand over lands to the states has also gained momentum, with the Republican National Committee in 2014 issuing a resolution calling for Western states to reclaim the land. Republican legislatures in states such as Georgia and South Carolina have passed motions backing the concept, and several western states are studying the issue.

"The people on the ground are so exasperated with this lock-down, hands-off management that it's percolating up," said Ken Ivory, a Utah state legislator who founded the American Lands Council, which advocates for western states reclaiming their land. "It's one of those things that's destined to be."

But both environmentalists and even some critics of federal control of western lands say politics will keep much of the West firmly under federal control. Many Westerners prize their ability to use federal land to hunt, hike or fish, and more people are moving to the region's cities and fewer to rural areas where conflict with federal land management is rife.

"It just ignites a firestorm" whenever large-scale land transfers are discussed, said Oregon Republican Rep. Greg Walden, a longtime critic of federal western land management, whose district includes the wildlife refuge where a handful of armed ranchers have been holed up since last week, refusing to leave until the land is returned to local control.

He noted that President George W. Bush had to backpedal on a plan to sell off surplus western land and argued that, if the GOP captures the White House this year, no large-scale land transfer would pass even a Republican-controlled Congress.

"We're just outnumbered in the West," Walden said, adding that Republicans from other regions would not necessarily join with Western ones. "We don't have the votes."

Environmentalists are alarmed at the direction of the conversation, but they agree that large-scale transfers are unlikely.

"It seems to be a popular issue in presidential primaries for capturing tea party support, but it lacks the popular support that is needed to actually happen and it carries with it all sorts of fiscal and practical problems," said Matt Lee-Ashley of the liberal Center for American Progress.

The federal government owns nearly 1 million square miles in the West, and for more than a century conflicts between its priorities and those of the people who live there have helped define the region. In the 1970s and 1980s the backlash over new wilderness areas in the West was dubbed "the sagebrush rebellion." Anger at federal encroachment flared again during the Clinton administration in the 1990s and has reignited during the Obama administration.

Advocates of greater local control over Western lands often express exasperation at standoffs like the one in Oregon, which they see as undermining their cause.

They argue that arcane federal rules can ensnare well-meaning ranchers, off-road enthusiasts or others, and that some of the vast swathes of protected land prevent energy extraction that could be a boon to communities with few jobs.

Small parcels of Western land occasionally change hands, often as part of conservation deals, but the push for massive changes is new.

Utah in 2012 passed legislation written by Ivory demanding the federal government return its lands to state control. A study commissioned by the state found that local control could conceivably boost the economy.

But when Idaho contemplated a similar move, its own study found state control could be ruinously expensive because Idaho taxpayers would have to assume responsibility for fighting wildfires and cleaning up abandoned mines that are currently paid for by the federal government.

Arizona is also studying the issue. And Ivory remains optimistic about the long-term prospect of the movement.