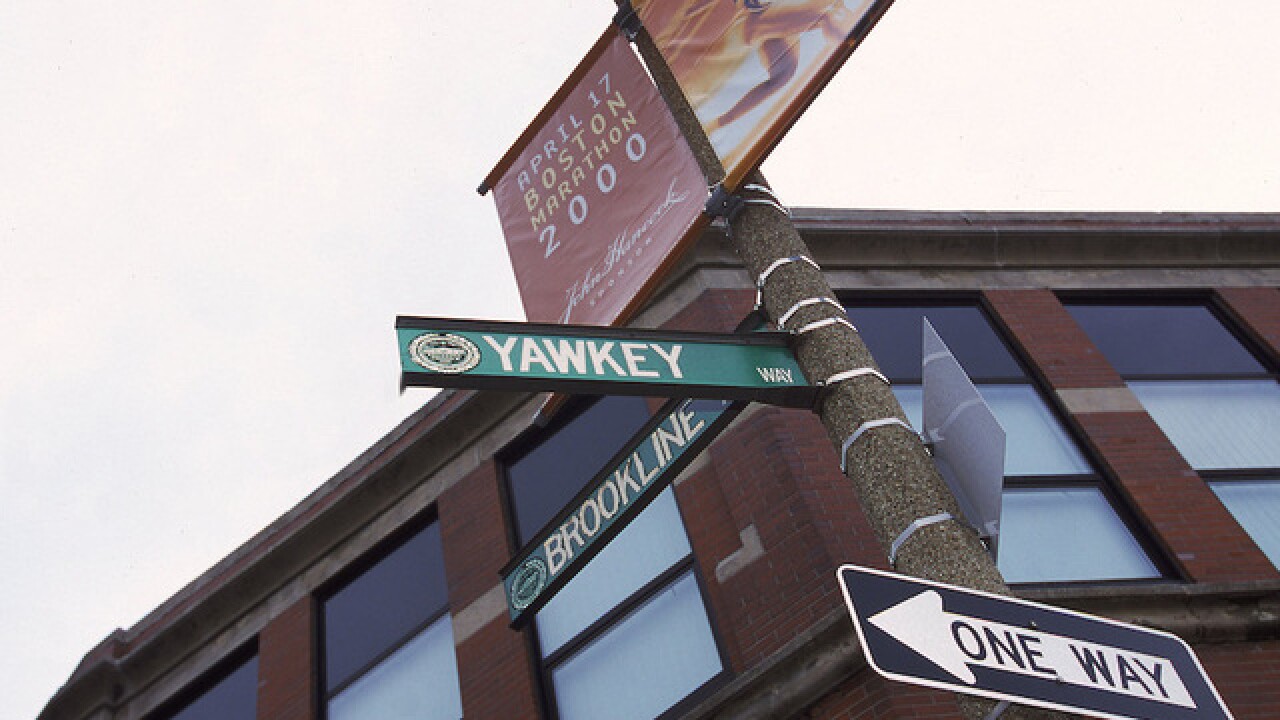 Copyright Getty Images
Ezra Shaw
<p>BOSTON - APRIL16: A view of the street signs at Yawkey Way & Brookline Ave. taken during the game between the Oakland Athletics and the Boston Red Sox at Fenway Park on April 20, 2000 in Boston, Massachusetts. The Red Sox defeated the Athletics 5-4. (Photo by: Ezra Shaw/Getty Images)</p>

Boston officials announced on Thursday that Yawkey Way, the street outside of Fenway Park honoring former Red Sox owner Tom Yawkey, will change names after claims that Yawkey was racist.

Yawkey owned the Red Sox for nearly four decades, from 1933 to 1976. As desegregation was coming to an end in baseball in the late 1940s and 50s, Yawkey's Red Sox was the last MLB team to integrate. It was not until 1959, 12 years after Jackie Robinson made his for MLB at bat, that Pumpsie Green became the first black Red Sox player.

Despite Yawkey's refusal to employ black players, he was a popular figure in Boston. In 1977, part of a street outside of Fenway Park became Yawkey Way. The street will be once again be called Jersey Street, the Boston Globe reported.

"We recognize we have a long way to go, but remain committed to building a spirit of diversity, inclusivity, and openness within our front office and our ballpark," the Red Sox said in a statement. "We look forward to working with the business and civic leaders of Boston to continue to bring about social change in our community."

“As we have said throughout this process, the effort to expunge Tom Yawkey’s name has been based on a false narrative about his life and his historic 43-year ownership of the Red Sox,” the Foundations said in a statement to the Boston Globe. “The drastic step of renaming the street, now officially sanctioned by the City of Boston... will unfortunately give lasting credence to that narrative and unfairly tarnish his name, despite his unparalleled record of transforming the Red Sox and Fenway Park and supporting the city he loved through his philanthropy.”