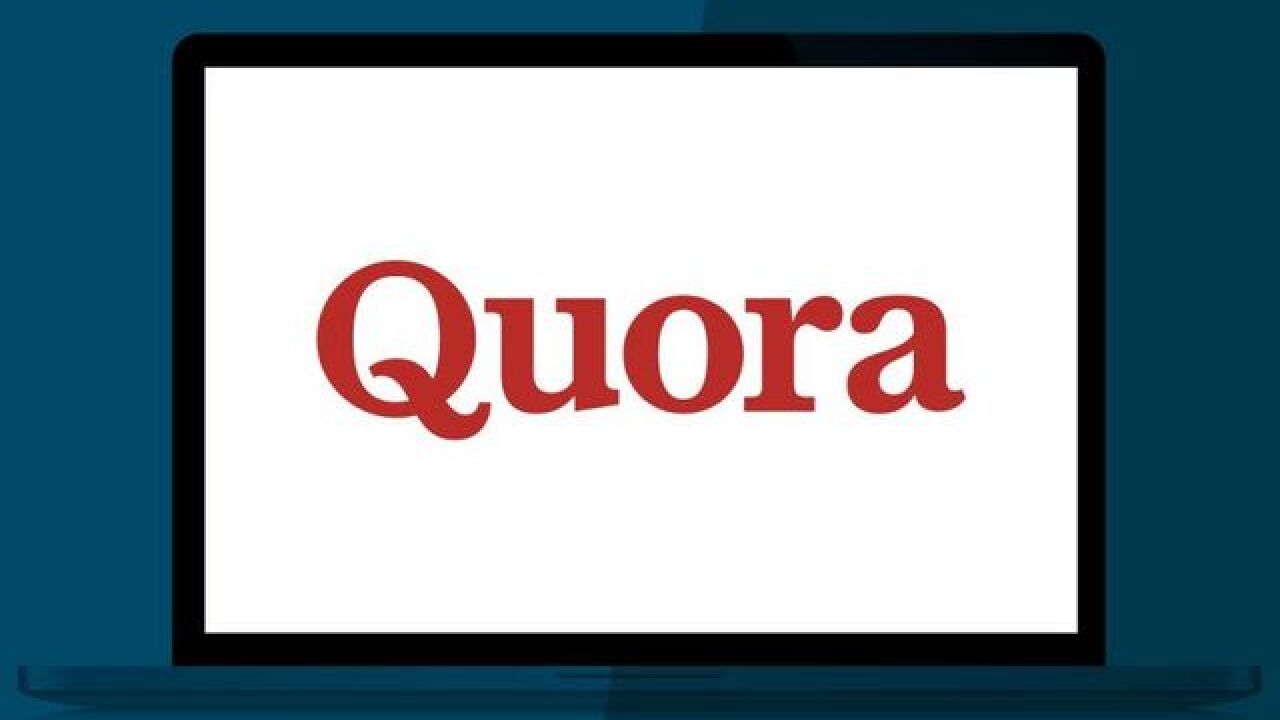 Question-and-answer website Quora warned late Monday that hackers gained access to the personal data of as many as 100 million of its users.

Quora discovered on Friday that one of its systems had been hacked by "a malicious third party," CEO Adam D'Angelo said in a blog post.

The compromised information includes users' names, email addresses and encrypted passwords as well as data from social networks like Facebook (FB) and Twitter (TWTR) if people chose to link them to their Quora accounts.

The hackers also obtained details about users' activity on Quora, such as questions, answers, upvotes and downvotes. But anonymously written questions and answers were not affected by the breach.

"The overwhelming majority of the content accessed was already public on Quora, but the compromise of account and other private information is serious," D'Angelo said.

The site is now notifying affected users and logging them out.

"We believe we've identified the root cause and taken steps to address the issue, although our investigation is ongoing and we'll continue to make security improvements," D'Angelo said.

Quora bills itself as "a place where you can ask questions you care about and get answers that are amazing."

People can post a question to the platform like "What are some amazing facts about Apple, the company?" or "What is the ultimate sandwich?" — and see what answers other users come up with.

The site's data breach is the latest in a series of high-profile hacks.

The biggest data breach of all time was suffered by Yahoo in 2013, affecting 3 billion customer accounts.