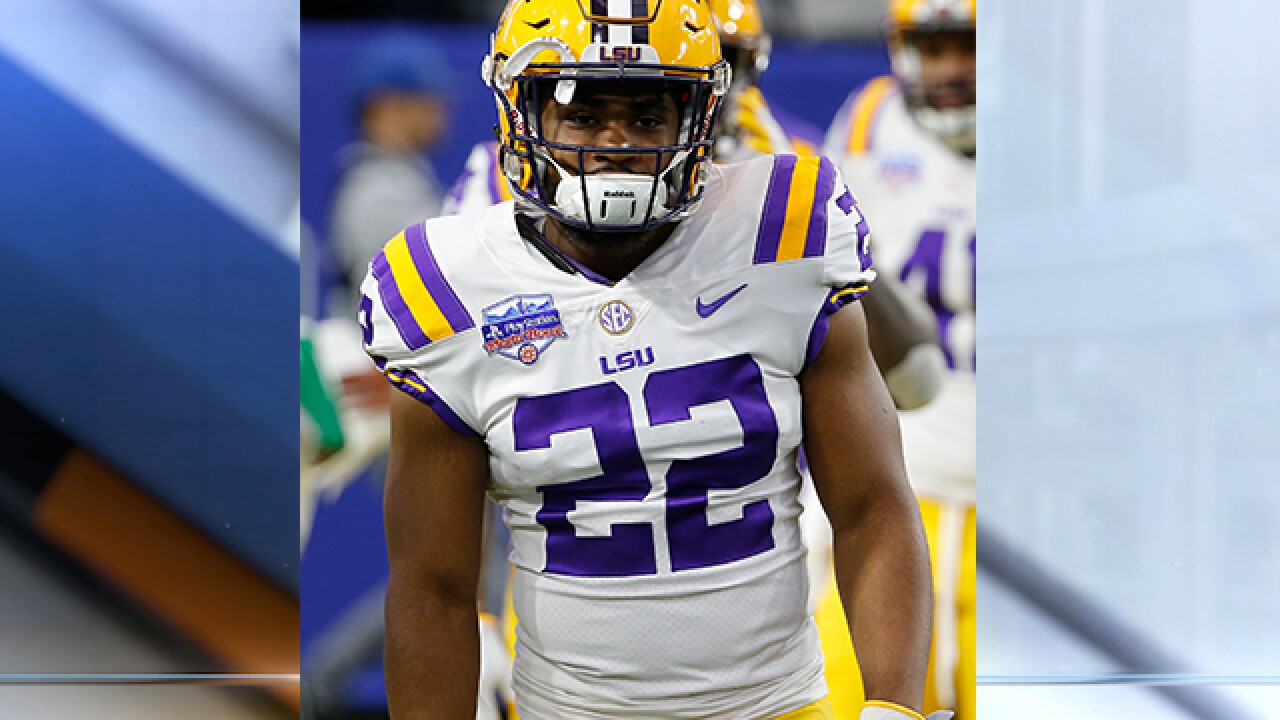 (Copyright 2020 The Associated Press. All rights reserved. This material may not be published, broadcast, rewritten or redistributed.)
(AP Photo/Rick Scuteri)
LSU running back Clyde Edwards-Helaire (22) warms up before the Fiesta Bowl NCAA college football game against UCF, Tuesday, Jan. 1, 2019, in Glendale, AZ.

BATON ROUGE, La. (AP) -- A prosecutor says two LSU football players appear to have responded with justifiable force when they gunned down an 18-year-old man who was allegedly trying to rob them at gunpoint.

East Baton Rouge Parish District Attorney Hillar Moore tells The Associated Press that the investigation is still in a preliminary stage and that authorities are not prepared to release whether it was sophomore running back Clyde Edwards-Helaire or freshman linebacker Jared Small who fired the shots that killed Kobe Johnson. Baton Rouge Police have said the Dec. 22 shooting occurred off campus, where the players were trying to sell an electronic item.

Johnson was not an LSU student.

The players traveled with LSU to the Fiesta Bowl in Glendale, Arizona, and remained eligible to play in Tuesday's game.

Edwards-Helaire, a Baton Rouge native, has rushed for 626 yards and seven touchdowns in 12 games this season. Small, a freshman who also is from Baton Rouge, has played sparingly.

The shooting was the second involving an LSU athlete since late September, when Tigers basketball player Wayde Sims, also a Baton Rouge native, was killed by gunfire on a street near Southern University's campus while trying to defend a friend involved in a fight.