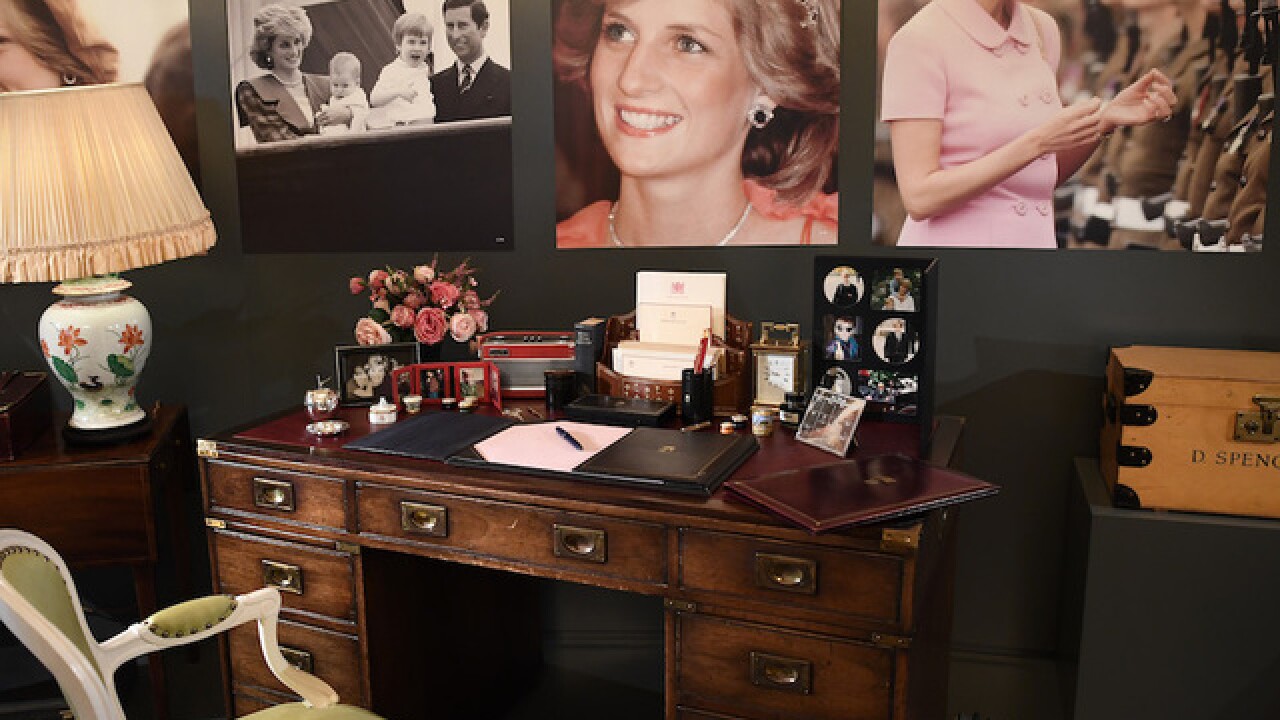 Copyright Getty Images
Carl Court
<p>LONDON, ENGLAND - JULY 20: The desk used by Princess Diana in Kensington Palace is displayed at the Royal Gifts exhibition at this year's Summer Opening of the State Rooms at Buckingham Palace on July 20, 2017 in London, England. The exhibition features gifts to the Queen during her 65-year reign and runs from 22 July to 1 October 2017. (Photo by Carl Court/Getty Images)</p>

Two previously unseen photos from Princess Diana's personal family album have been released, ahead of the 20-year anniversary of her death.

Kensington Palace posted the photos, showing young princes William and Harry, to its official Twitter account . It released three other photos on Sunday.

In one shot a young Prince William and Harry stand dressed in police costumes, complete with helmets.

In another image, taken by Prince William, Princess Diana holds a baby Prince Harry in her arms as she sits on board the Royal Yacht Brittania, Queen Elizabeth II's former yacht.

The album features in a new documentary, due to air Monday, produced by HBO and Britain's ITV, that examines Princess Diana's relationship with her sons. The documentary "Diana, Our Mother: Her Life and Legacy," celebrates the life and work of Princess Diana, 20 years after her death, according to a press release by ITV.

The princes are filmed looking through the album and discussing the sense of fun Princess Diana brought to their lives. Prince Harry said Diana was a "kid through and through."

"When everybody says to me, you know, so she was fun, give us an example ... all I can hear is her laugh in my head. And that sort of crazy laugh of where there was just pure happiness shown on her face."