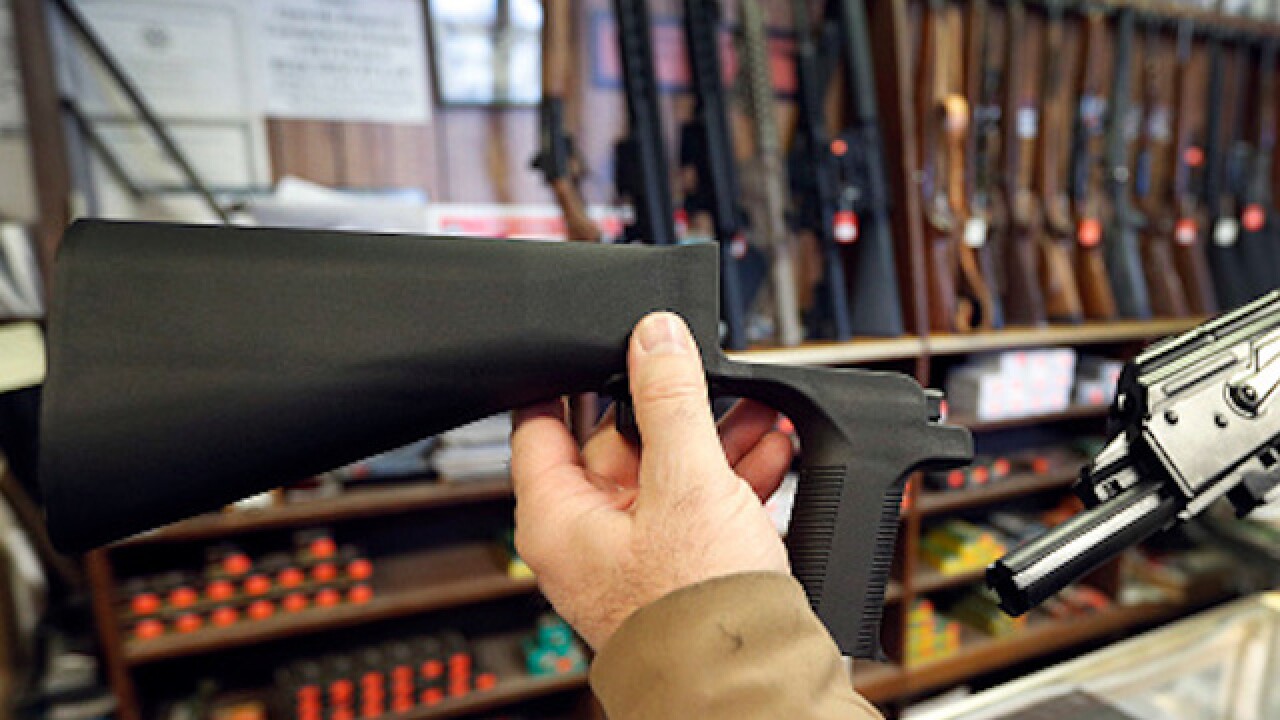 Copyright 2017 Scripps Media, Inc. All rights reserved. This material may not be published, broadcast, rewritten, or redistributed.
George Frey
<p>SALT LAKE CITY, UT - OCTOBER 5: A bump stock device, (left) that fits on a semi-automatic rifle to increase the firing speed, making it similar to a fully automatic rifle, is shown next to a AK-47 semi-automatic rifle, (right) at a gun store on October 5, 2017 in Salt Lake City, Utah. Congress is talking about banning this device after it was reported to of been used in the Las Vegas shootings on October 1, 2017. (Photo by George Frey/Getty Images)</p>

President Donald Trump said on Tuesday he has directed his attorney general to propose changes that would ban so-called bump stocks, which make it easier to fire rounds more quickly.

"Just a few moments ago I signed a memo directing the attorney general to propose regulations that ban all devices that turn legal weapons into machine guns," Trump said at a Medal of Valor event at the White House, addressing Attorney General Jeff Sessions.

"I expect these regulations to be finalized, Jeff, very soon," Trump said.

Moments earlier, White House press secretary Sarah Sanders said Trump ordered the Justice Department and the Bureau of Alcohol, Tobacco, Firearms and Explosives to review bump fire stocks, which she said had been completed. She said movement on that front would take place shortly.

"The President, when it comes to that, is committed to ensuring that those devices are -- again I'm not going to get ahead of the announcement, but I can tell you that the President doesn't support use of those accessories," Sanders said.

Asked on Tuesday whether the President would support steps that would raise the federal age limit for military-style weapons, such as the AR-15, Sanders did not rule it out.

"I think that's certainly something that's on the table for us to discuss and that we expect to come up over the next couple of weeks," Sanders said.

In most states, the age limit for purchasing the AR-15 is 18, while the limit for handguns is 21.