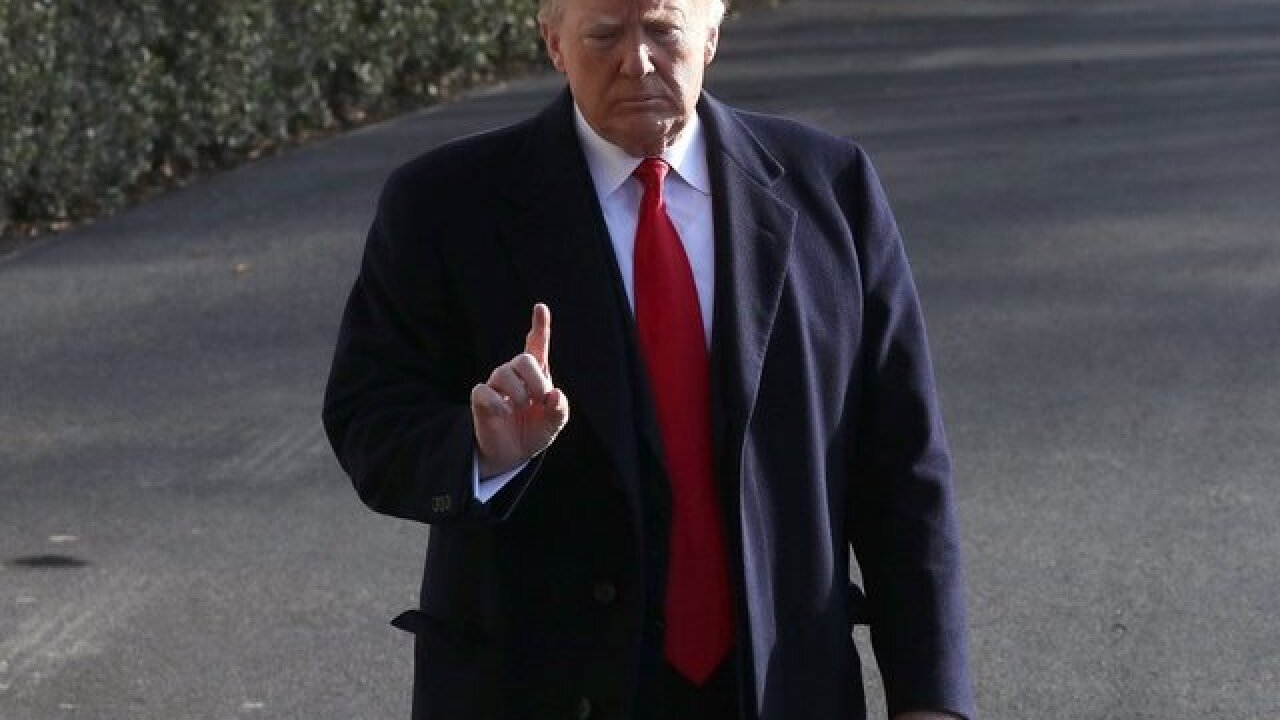 "I never directed Michael Cohen to break the law. He was a lawyer and he is supposed to know the law," Trump tweeted.

"It is called 'advice of counsel,' and a lawyer has great liability if a mistake is made," he added.

Cohen was sentenced to three years in prison Wednesday for crimes that included making false statements to Congress, tax evasion, and arranging payments during the 2016 election to silence women who claimed they had affairs with Trump. Trump denies those claims. Cohen attributed his offenses related to Trump to his "duty to cover up his dirty deeds."

Although Trump denies directly ordering Cohen to break the law, Trump's comments leave open the technical possibility that he directed Cohen to make payments that were ultimately unlawful.

As the courtroom drama unfolded Wednesday, Trump remained largely silent and ignored reporters' questions about Cohen during an executive order signing event at the White House.

But CNN reported that the President was privately seething about Cohen's sentencing, telling associates that Cohen is a "liar," according to one administration official. While the White House did not comment on Trump's private conversations, one official pointed to a tweet Trump sent last week as an indication of his sentiments.

"He lied for this outcome and should, in my opinion, serve a full and complete sentence," Trump tweeted about Cohen last week.