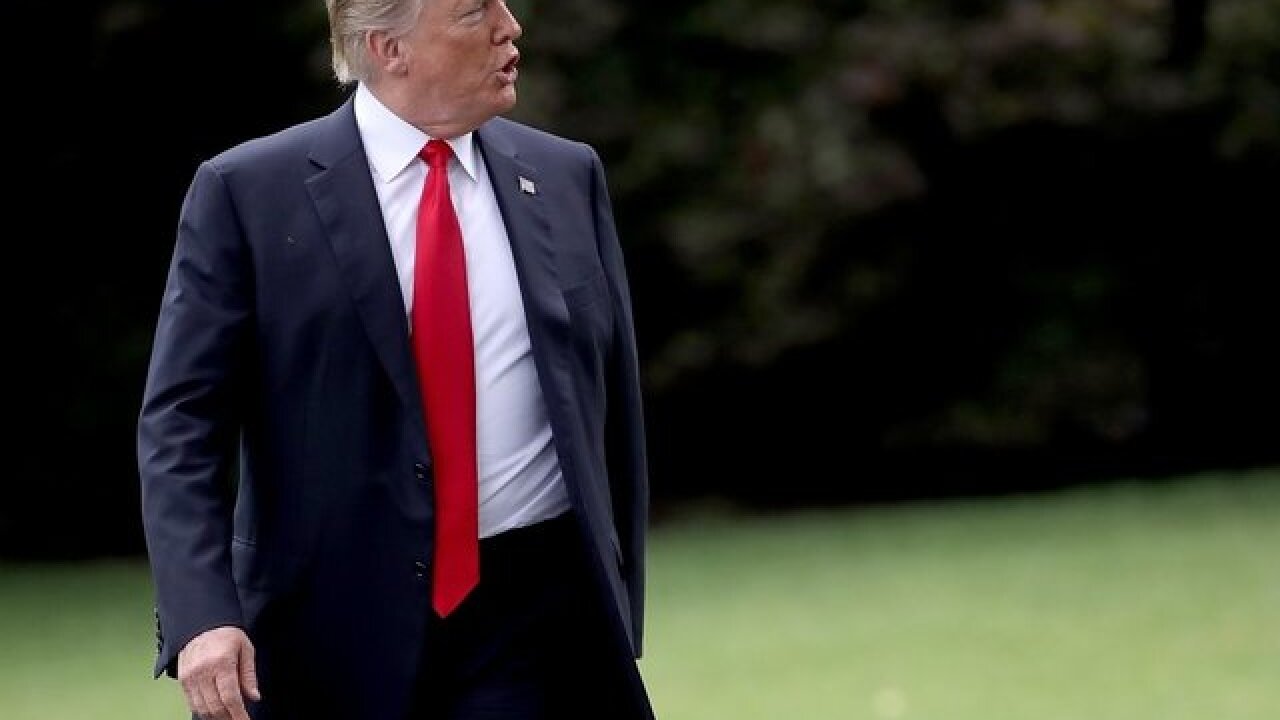 President Donald Trump, in a series of tweets Friday, deviated from his previously measured comments about the woman who has accused his Supreme Court pick Brett Kavanugh of sexual assault, claiming that if the attack she alleges "was as bad as she says, charges would have been immediately filed with local Law Enforcement Authorities".

In a series of tweets, Trump threw into question the validity of Professor Christine Blasey Ford's accusations in the most direct way since the allegations against Kavanaugh came to light and said his Supreme Court nominee is "under assault by radical left wing politicians."

"I have no doubt that, if the attack on Dr. Ford was as bad as she says, charges would have been immediately filed with local Law Enforcement Authorities by either her or her loving parents. I ask that she bring those filings forward so that we can learn date, time, and place," Trump tweeted.

Hours after his initial rebukes of Ford, Trump returned to Twitter to take aim against Senator Dianne Feinstein for waiting to release a letter that detailed Ford's allegation, claiming she and fellow democrats planned to "release it with a bang after the hearings were OVER."

Feinstein has said she did so because the accuser had asked her to keep the allegation confidential.

Trump also called for the process to reach its completion, writing " Let her testify, or not, and TAKE THE VOTE!"

Ford has accused Kavanaugh of sexually assaulting her at a party when they were both in high school. He denies it happened.

CNN reported earlier Thursday that Trump has bragged about the positive coverage he's received for his handling of Kavanaugh's accuser, according to multiple sources. That response has contributed to him continuing to say Ford should come forward with her story.

Those who work closely with the President say he has privately voiced suspicion about the #MeToo movement and complained that decades-old allegations could ruin men's lives in an instant. The President himself stands accused of various levels of sexual misconduct by 15 women, all of which he has denied

Trump also insinuated on Twitter that the claims were coming from "radical" left wing lawyers and politicians on Twitter and asked why no one called the Federal Bureau of Investigation 36 years ago. The FBI would not have jurisdiction in the case at the time of the alleged assault.

Ford told The Washington Post she told no one at the time what had happened to her, and was terrified of punishment from her parents if they realized she had been at a party where underage drinking was happening.

She told the Post she remembered thinking, "I'm not ever telling anyone this. This is nothing, it didn't happen, and he didn't rape me."

After going through psychotherapy, Ford said, she now understands the incident as a trauma that has had lasting impact on her life.

Before the president's tweets Friday, counselor to the president, Kellyanne Conway told reporters there was "no reason" to attack Ford.

"There's no reason to attack her. The president is defending his nomination to the United States Supreme Court as a man of character, integrity, impeccable academic and judicial qualifications," Conway said when asked about the President's measured response to the allegations.

Following the Post's report on Ford's account, multiple West Wing officials and outside advisers feverishly phoned Trump on Sunday in the wake of Ford's detailed account of the assault.

"Why would I attack her?" Trump asked, according to two sources with knowledge of his remarks.

Rather than lashing out in anger or defensiveness, Trump said Monday he'd like to "see a complete process."

"I'd like everybody to be very happy. Most importantly, I want the American people to be happy, because they're getting somebody that is great," he said.

Aides have noted that the President's measured response is partly because the allegation isn't against him.

During the 2016 campaign, at least 15 women accused Trump of misbehavior ranging from sexual harassment and sexual assault to lewd behavior around women. They came forward in the wake of a 2005 "Access Hollywood" tape that was released in October 2016 in which he is caught bragging on a hot mic about being able to sexually assault women.

The White House -- through press secretary Sarah Sanders and others -- has dismissed all the allegations against him as old news that had been litigated during the campaign.

Trump is not personally close with Kavanaugh but enjoys touting his credentials. And though he has stood by Kavanaugh this week, he has told people close to him that Kavanaugh has to defend himself.