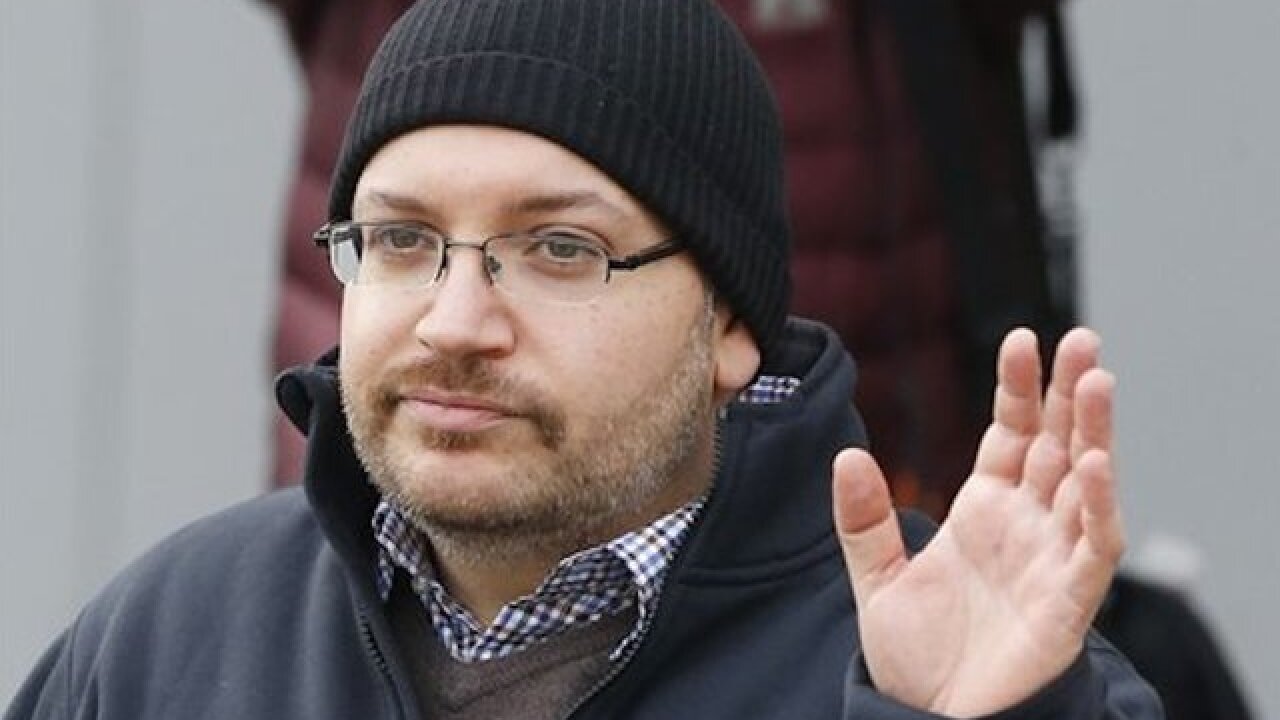 LANDSTUHL, Germany (AP) — Washington Post reporter Jason Rezaian made a brief appearance outside the U.S. military's Landstuhl Regional Medical Center in Germany, where he's being treated along with two other Americans who were just freed by Iran in a prisoner exchange.

Rezaian looked upbeat as he posed with his wife, mother and brother for cameras Wednesday before heading back inside the facility.

He has been undergoing treatment along with former U.S. Marine Amir Hekmati and pastor Saeed Abedini.

Landstuhl says in addition to medical checks, "a critical part of this process is the decompression period."

The three Americans arrived in Germany late Sunday via Switzerland. A fourth American released in exchange for the U.S. pardoning or dropping charges against seven Iranians opted to stay in Iran, and a fifth American was released separately.