Standoff in Chicago finally over 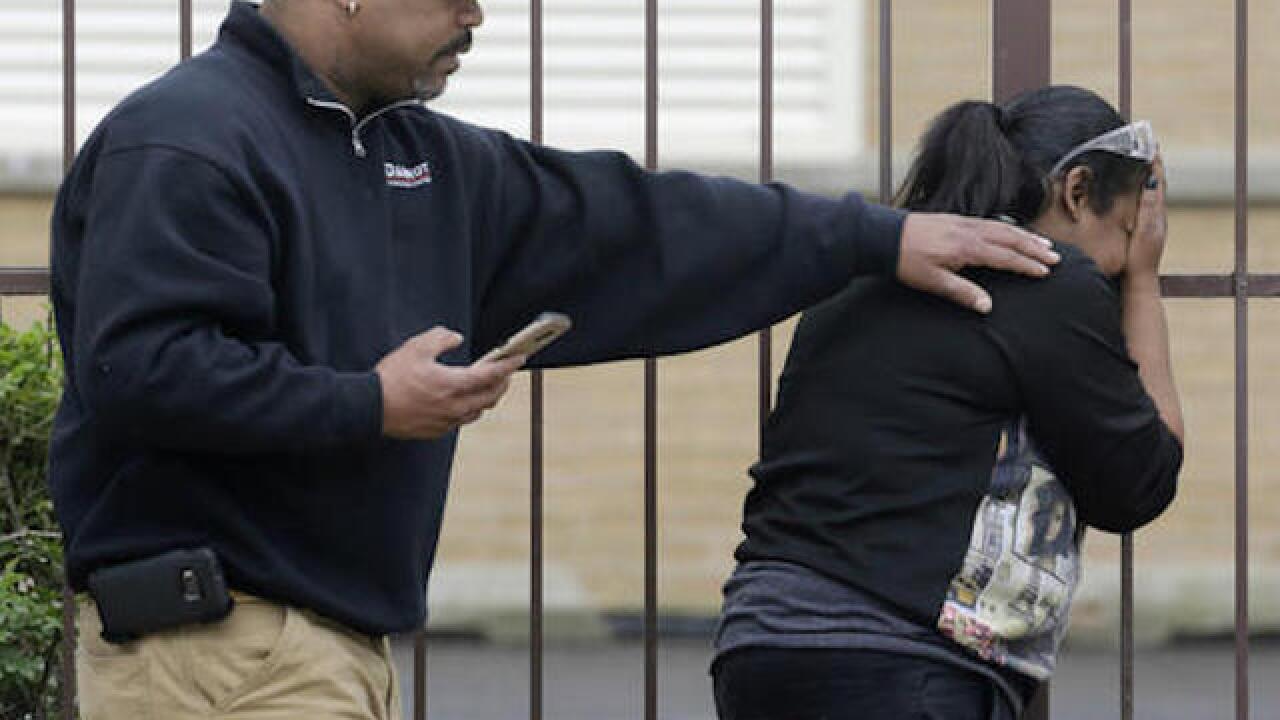 Copyright Associated Press
M. Spencer Green
<p>Ge Ge Gatewood, right, reacts after hearing gunshots at the scene where a possible suspect in the killing of three people has fired shots at officers surrounding a south side home where he is barricaded Thursday, May 12, 2016, in Chicago. Gateway's two teenage children are in the home next door and went to the basement when they heard the shots. Police spokesman Anthony Guglielmi says officers returned fire but it was unclear if the man was hit. No officers were hurt. Co-worker Alton Kelly, left, comforts Gatwood at the scene. (AP Photo/M. Spencer Green)</p>

CHICAGO (AP) — After hours in a standoff with a man suspected of killing three people, Chicago Police SWAT officers rushed into the house Thursday afternoon to find the man had apparently shot himself.

Police spokesman Anthony Guglielmi said the man's body was found in an upstairs room of the home in the Fernwood neighborhood on the Far South Side.

Deputy Chief Steve Georges said that a gun was recovered from the hands of the man, whose identity has not been released.

Georges also said police had a short conversation over a telephone with the suspect, who hasn't been identified, after which he appeared in a window and fired 10 to 12 shots at police.

Earlier Thursday, police brought in his family, who used bullhorns to implore him to give himself up, Guglielmi said. But when the man refused to come out, police fired gas canisters into the home and then went into the home.

It was not immediately clear if the man had been struck by any of the bullets fired by officers, Guglielmi said. No officers were hurt.

The man was wanted for questioning in the shooting deaths of three people Wednesday night in the West Englewood neighborhood. The shooter knew the victims, who appear to have been from the same family, police spokeswoman Laura Amezaga said.

The Cook County Medical Examiner's Office identified them as Makeesha Starks and Kiara Kinard, both 26, and Jerome T. Wright, 50. Two were shot in the head and one in the back, Amezaga said.

Outside of the home Thursday, an armored police vehicle and several patrol cars were parked outside. Some officers wore helmets and carried rifles. Anxious neighbors milled about beyond a police barricade, including a woman who burst into tears at the sound of the gunfire.