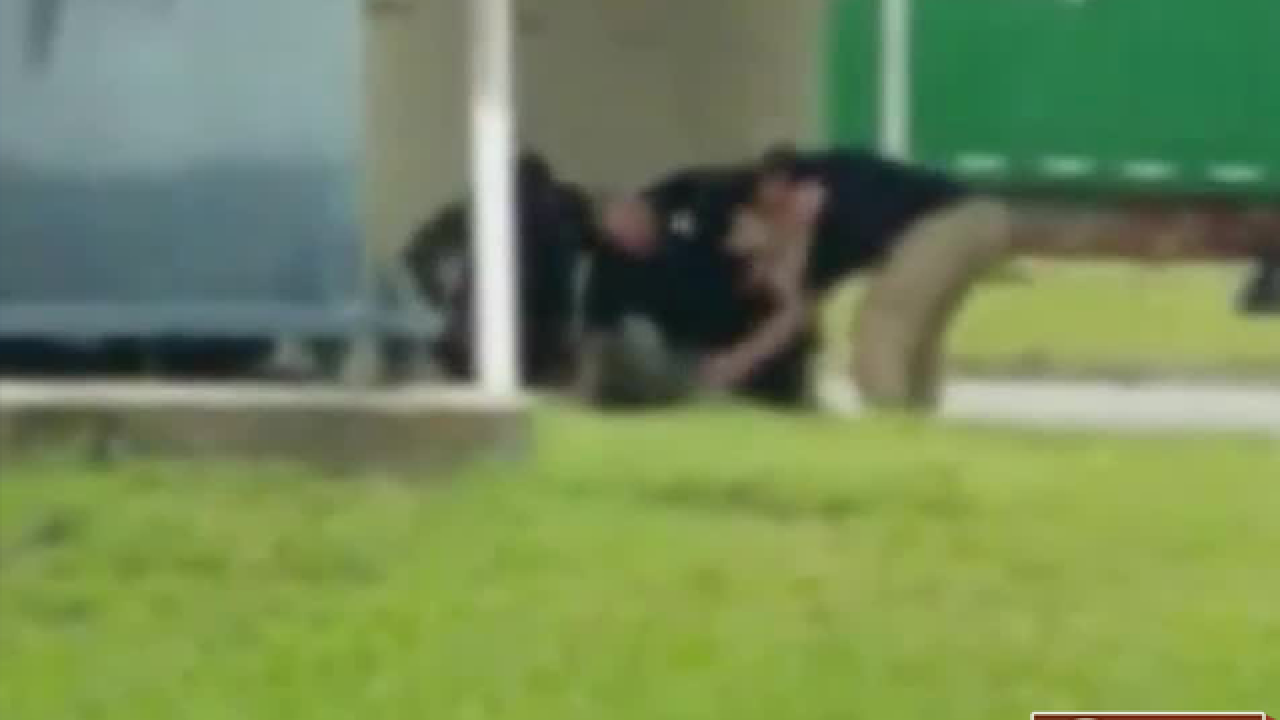 LAKELAND, Fla. — The Lakeland Police department is reviewing a video that shows officers engaged in a struggle with a man under the 98 North and I-4 overpass.

Joel Alfaro took the video and posted it to Facebook on Tuesday evening.

Three hours after the video was posted, the Lakeland Police Department posted on Facebook stating:

"Earlier this afternoon, the Lakeland Police Department was notified about a social media post showing two of our officers in a struggle with a subject under the 98 North and I-4 overpass that took place around 4:20 p.m. We have reviewed the video, and it is understandable that some may form an opinion based solely on the viewpoint shown. All use of force incidents are reported and thoroughly reviewed by the chain-of-command and the Office of Professional Standards."

Then around 11 p.m. Tuesday, they posted a lengthier post detailing what happened before Alfaro hit record.

According to the post, Officer J.R. West saw 38-year-old Justin Abbott sleeping on the side of US 98 North under the I-4 overpass and approached him to explained it was too dangerous to sleep there. He then gave Abbott a warning for trespassing and told him to leave. At that point in time, Officer Anthony, whose last name was not provided, arrived.

When Abbott refused to leave, both officers tried taking him into custody, but Abbott struggled with them and pushed Officer Anthony. That sent all of them tumbling to the ground.

As they continued to struggle, Officer West decided to use his taser on Abbott. Officer Anthony said, after attempting to tase him twice, Abbott reached for West's taser — and that is where the video started recording.

In the video, one of the officers can be seen punching Abbott in the upper body, then both officers begin punching and kicking him.

According to the Lakeland Police Department, Abbott went to Lakeland Regional Health before going to jail, but wasn't treated for anything. The officers were treated for minor injuries.

Abbott was charged with trespassing and resisting with violence.

The incident is now going through an administrative review, which according to the Lakeland Police Department, is standard protocol in use of force cases.