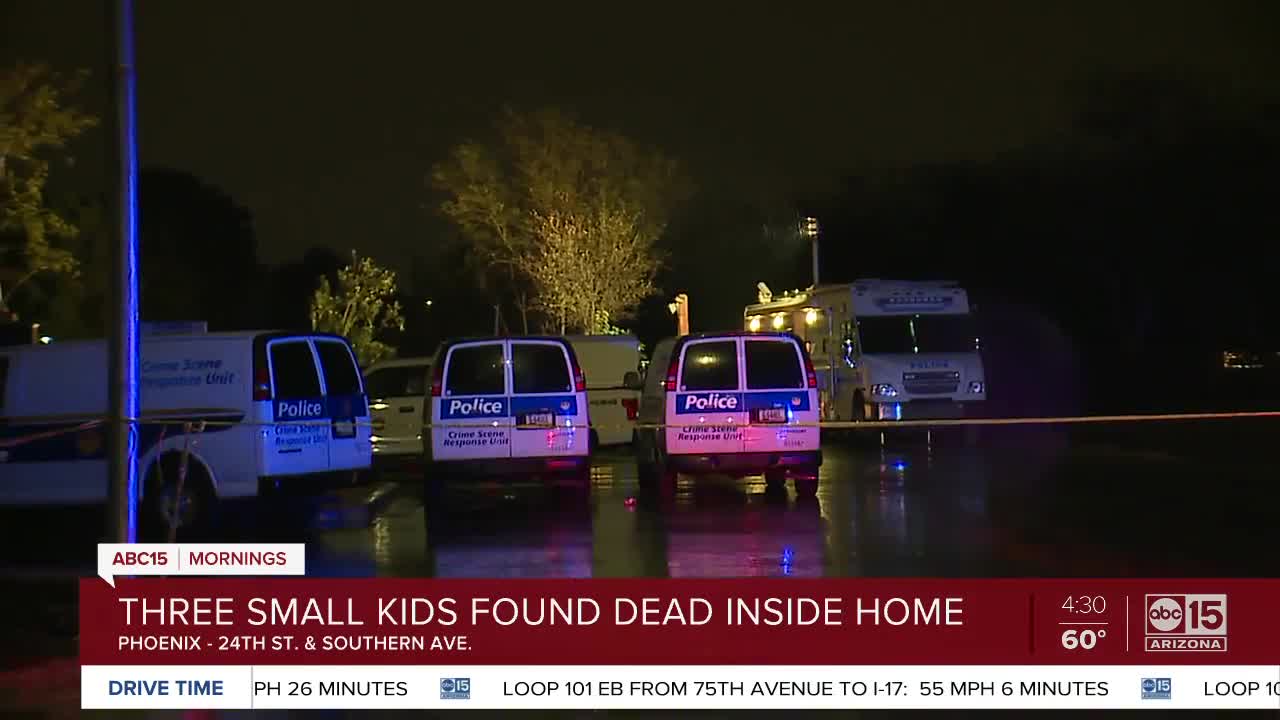 Officials are looking for answers after three small children were found dead in a Phoenix home. 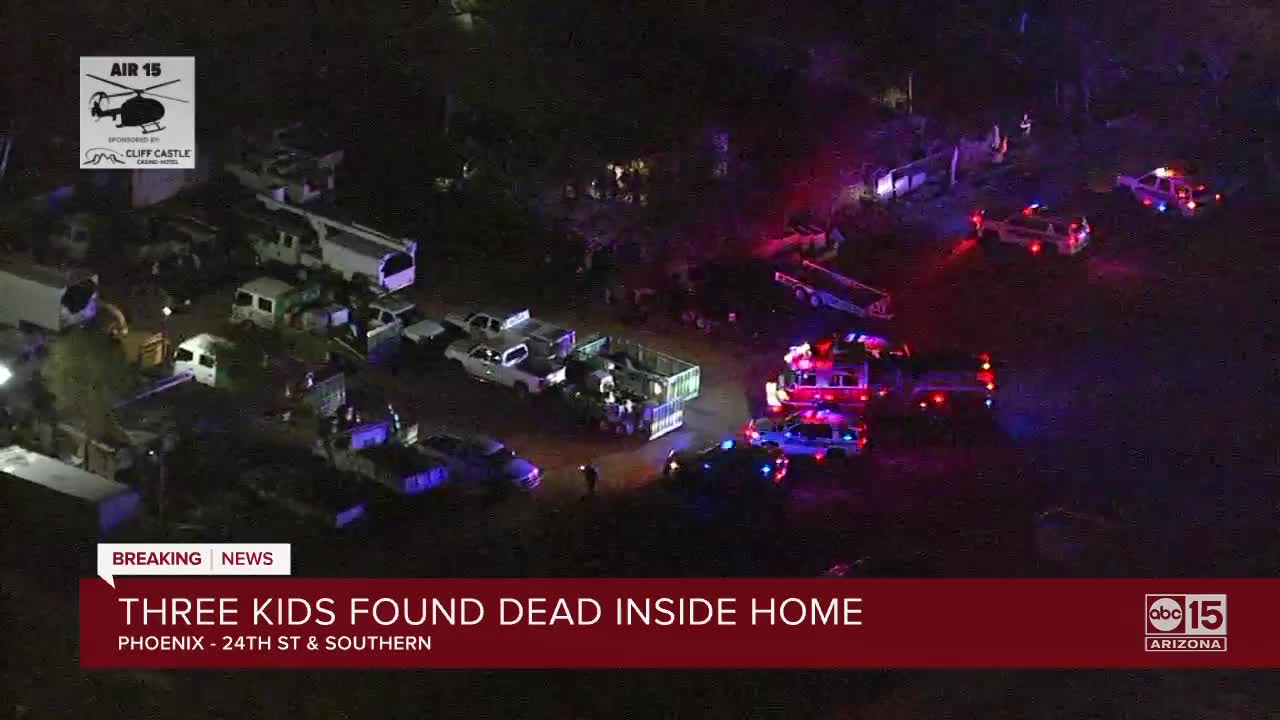 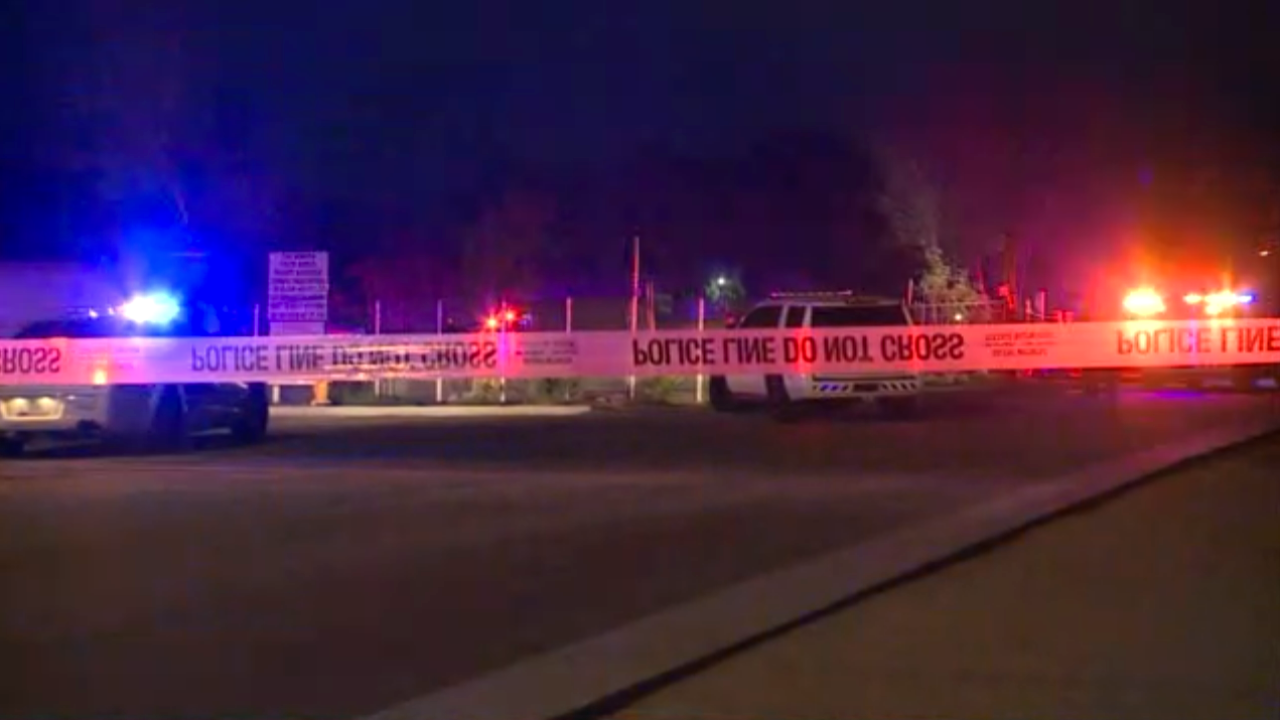 Officers with the Phoenix Police Department were called to the home near 24th Street and Southern Avenue around 7:25 p.m.

Police say when officers arrived, they were met by three adults. When they went inside the home, they found the three kids unresponsive.

It is too early to determine the cause of death and there were no obvious signs of trauma, said Phoenix Police Sgt. Mercedes Fortune.

"This is one of the most difficult calls that officers and fire respond to, ones dealing with young ones who have lost their lives," said Fortune.

Phoenix Fire spokesman Rob McDade said the firefighters who responded to the call were sent home early to be with their families after such a traumatic scene. Their shift was supposed to end tomorrow.

3 kids found dead in their home near 24th Street and Baseline. Boy 3, girls 2 and 7 mo. No obvious signs of trauma but investigators are interviewing Mom and Dad trying to piece together what lead to the deaths. https://t.co/jTKm5sLRZP

On Tuesday morning, police say the mother of the children, a 22-year-old woman who recently moved to Arizona from Oklahoma, was arrested. She reportedly admitted to killing the children.

Police say the mother will be booked into jail on three charges of first-degree murder.

I’m told scene at 24th St./Vineyard is now a police investigation. Three kids unresponsive. Phoenix Fire did confirm they did *not transport anyone to the hospital but won’t comment further on their conditions. Awaiting update from PD @abc15 pic.twitter.com/VTNuICAvmQ

This story was originally published by staff at KNXV.