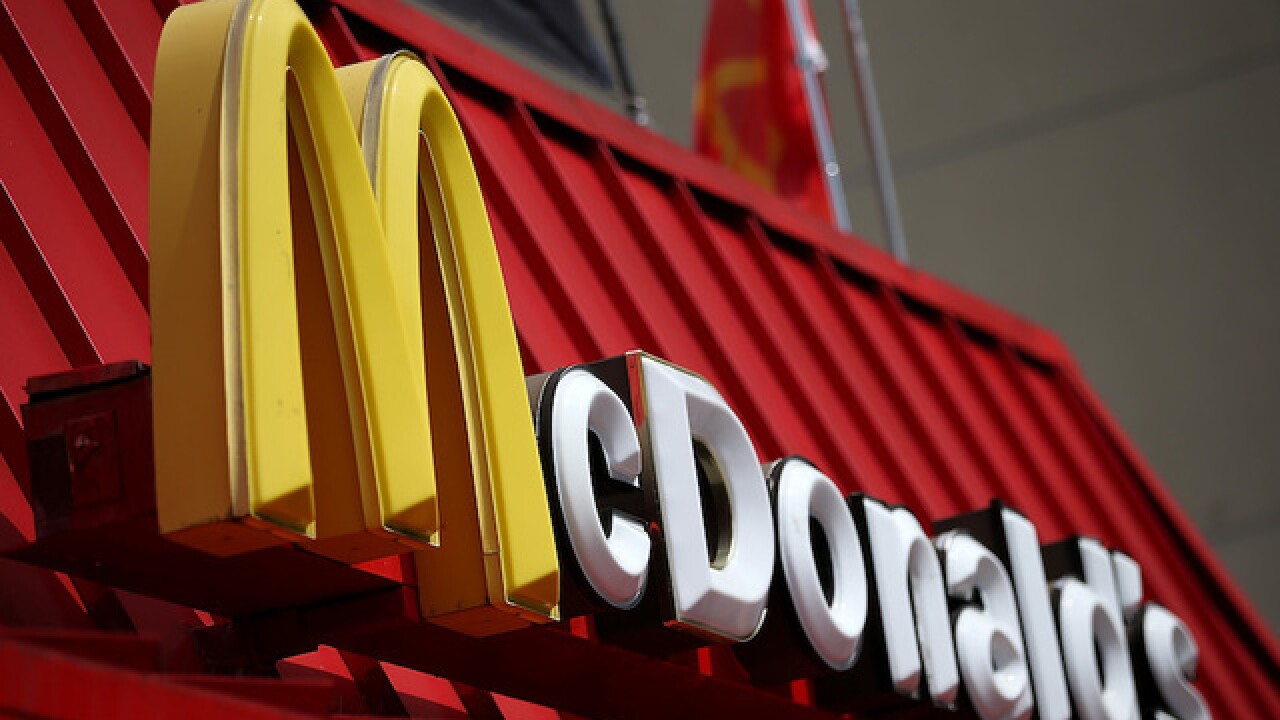 Copyright Getty Images
Justin Sullivan
<p>SAN FRANCISCO, CA - APRIL 22: A sign is posted on the exterior of a McDonald's restaurant on April 22, 2015 in San Francisco, California. McDonald's reported a decline in first quarter revenues with a profit of $811.5 million, or 84 cents a share compared to $1.2 billion, or $1.21 a share, one year ago. (Photo by Justin Sullivan/Getty Images)</p>

Myrtle Beach, South Carolina's police department is dealing with national scrutiny after police removed a man after he reportedly purchased a meal for homeless man inside of a McDonald's.

The incident, which took place on Wednesday, was recorded on video, and has since gone viral, generating a national buzz. Nearly 40 million people have viewed the video in the 24 hours since it has been released.

The incident happened after police were attempting to remove a man, who is reportedly homeless was eating a meal inside McDonald's. The man recording the incident claimed that he brought the man into the McDonald's and purchased him a meal.

"You guys suck... He didn't ask me for food, I saw him across the street and brought him over here for food," Yossi Gallo said.

Gallo was then warned that he was being disorderly.

"I’m getting kicked out of here because I gave a homeless guy food,” Yossi Gallo said on the video he posted.

Officers were dispatched to the location after receiving a call, from an employee of the business, that a male was in the parking lot asking people for money. Upon arriving at the restaurant, an employee approached the officer and indicated the male was inside the establishment. The employee requested the officer issue a trespassing warning and asked that the person leave the premises. The officer advised the male of the request made by the business and issued the warning. A bystander, who was videotaping the incident was also trespassed from the location, at the request of the manager, for what management deemed as disorderly behavior.

The city's mayor,  Brenda Bethune, told the Myrtle Beach Sun Times said she believes the criticism directed at the police since the video has gone viral hurts the department's image.

"I think it’s very sad that it’s come to this," Bethune told the paper. "It does hurt Myrtle Beach, it hurts the image of our police department, which I feel they do an incredible job and I know they work as hard as they can in situation like this to be human and to treat people just with a lot of respect and dignity."

Bethune said that the officer who responded to Wednesday's incident did so properly.

"When things got out of hand was when the person shooting the video became irate with her and it’s her job to get stern when someone is threatening her and speaking to her in that tone of voice," Bethune told the Sun Times. "But as far as the way she handled the gentleman who was in the McDonald’s, I think that she handled him very kindly."

“At my restaurant, the goal is to provide our customers with a positive and welcoming experience each time they visit. Unfortunately, the individual in this video has a history of disruptive behavior and has been asked to leave by management and police on several occasions.”As the homeless man was being ordered off the premises, Gallo tried to intervene on his behalf."