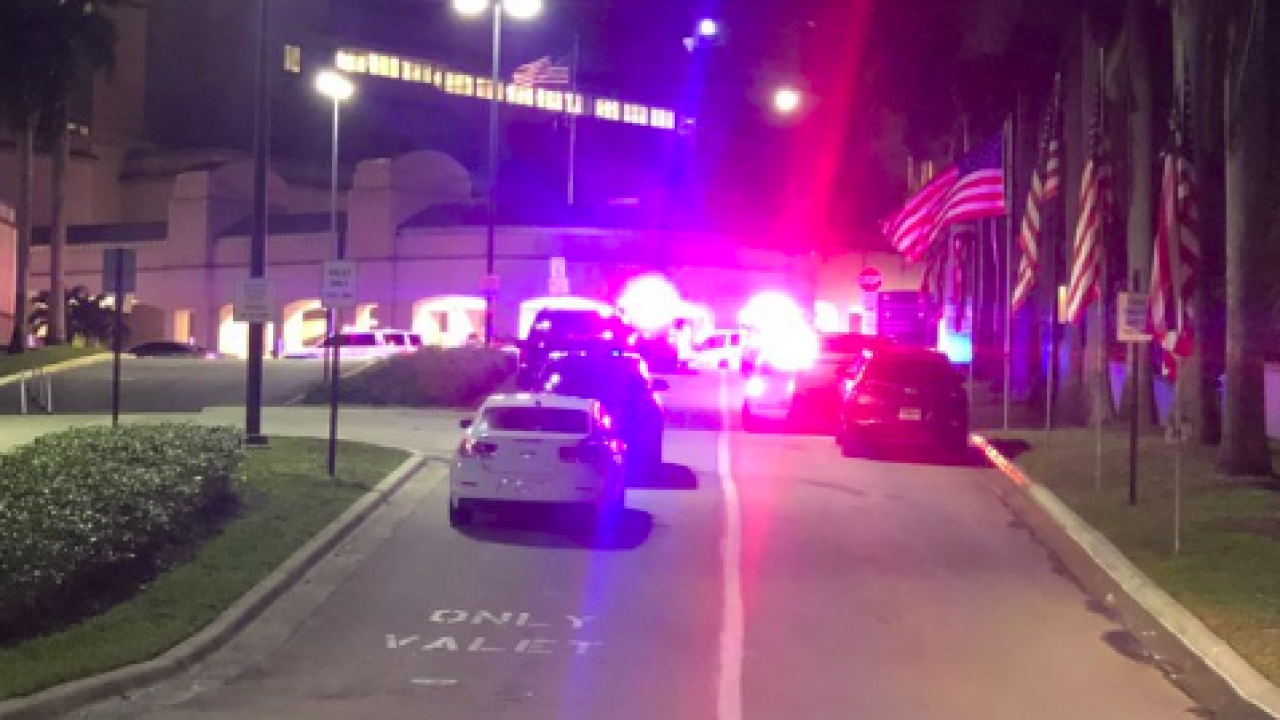 The shooting happened at approximately 6:20 p.m. local time at the hospital.

According to the FBI, 59-year-old double-amputee Larry Ray Bon pulled out a small handgun and opened fire inside the emergency area, striking at least two people.

One person was grazed by the bullet, and a doctor was shot in the neck while trying to subdue the shooter.

"In between shots, the doctor saw an opportunity to jump on the subject and disarm him. While doing so, he sustained a gunshot wound to his neck, so pretty heroic," said FBI Special Agent Justin Fleck.

The doctor, whose name has not been released, was transported to St. Mary's Medical Center. The doctor was treated and later released.

The shooter, who officials said is originally from Michigan, has been recently living in the West Palm Beach area. Officials believe Bon may be homeless.

The FBI said Bon served in the U.S. Army for a very short period of time, but this incident is not believed to be combat-related.

The FBI did not release any information concerning the security measures of the hospital.

"He has a criminal history and has had frequent contacts with local police departments," said Fleck.

The hospital will remain operational for scheduled appointments and procedures on Thursday.

Riviera Beach Police assisted the VA police force. The VA Office of the Inspector General is also helping with the investigation.

In just the last few minutes a patient of the VA says police are turning him away and asking he visit another ER for care after a shooting inside the WPB VA around 6:30 tonight. Stay with @WPTV pic.twitter.com/FU5hS6eM7Z

This man was turned away after trying to visit his friend currently staying at the VA hospital. He says he was not inside during the shooting. @WPTV pic.twitter.com/b9pVsbvdLG

A source tells @WPTV a gun has been located. At this time there is no risk to the public. However this remains an active crime scene. VA police & Riviera Beach PD redirecting traffic trying to get to the main enterence. pic.twitter.com/jV4fnABbCt

Riveria Beach police confirm they are assisting with a shooting at the VA Hospital in WPB. Stay with @WPTV for the latest. pic.twitter.com/vHumaCCsjF