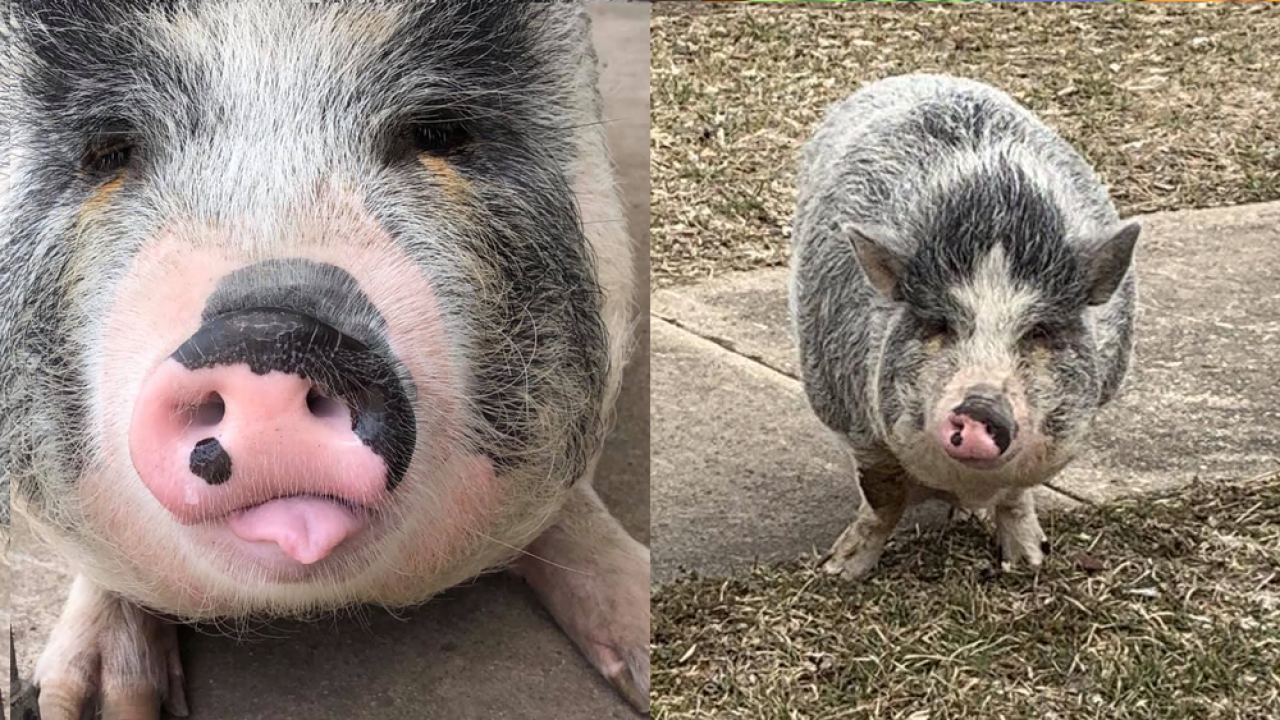 MIDDLETOWN, Ohio — A pot-bellied pig named Charlotte went for a stroll down a Middletown, Ohio street Friday afternoon, and Officer Dennis Jordan found an unusual use for the animal expertise he gained during K-9 training.

According to the Journal-News, dispatchers began receiving calls about the gray-and-white hog around 12:30 p.m.

Jordan responded to the scene and helped return Charlotte to her owner, who said someone had let the pig out of her yard.

Getting her back to the yard wasn’t a hard job, Middletown police wrote on Facebook. All it took was Oreos to lead Charlotte home — presumably going “wee, wee, wee” the whole time.

In the same post, officers wrote: “We had to take this pig into custody, he was involved in a disturbance.......someone was tryin' to blow his house down……..”

And, later, in the comments, her owner posted a glamour shot of the portly princess, writing: “Charlotte is excited to meet everyone 😉”