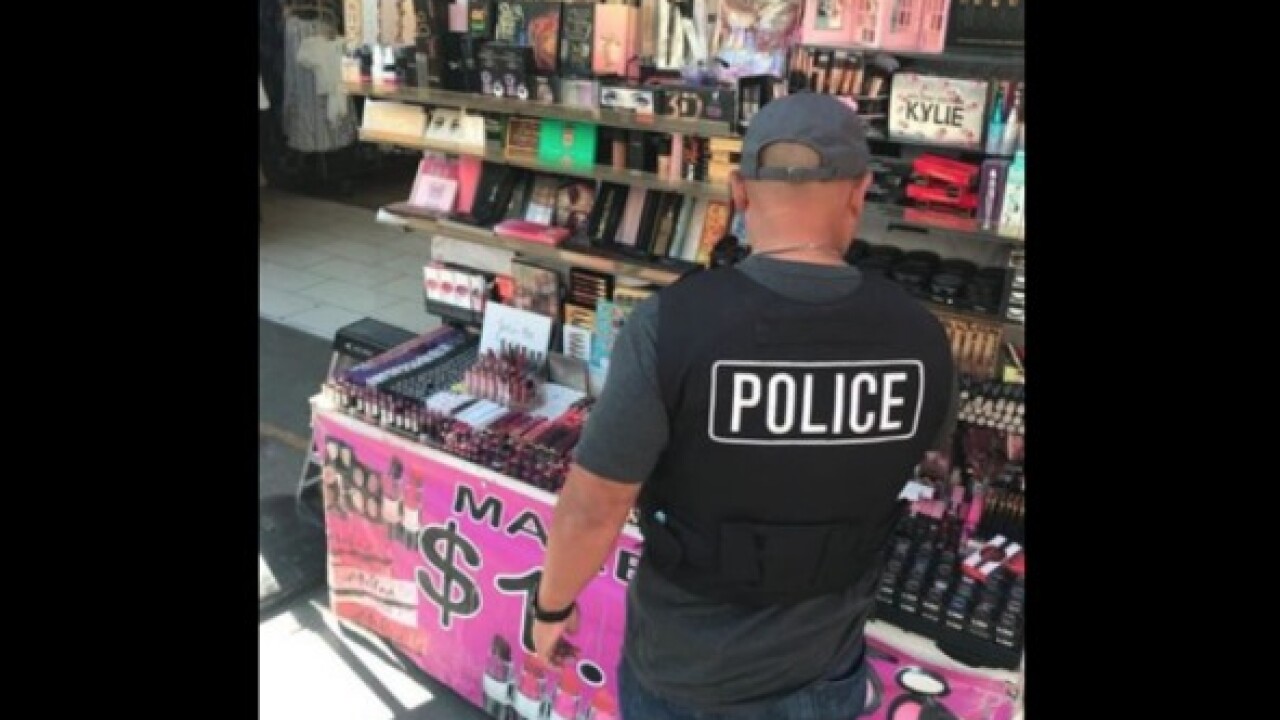 Buyers beware! Sometimes when you spot a good makeup deal, it's too good to be true.

One of the brands being knocked off was Kylie Jenner's Kylie Cosmetics. Kim Kardashian West, Jenner's sister, took to Twitter to respond to the raid:

Other prominent makeup brands that were faked included Urban Decay, MAC and NARS.

The LAPD was tipped off by the brand-name companies, which received complaints from consumers who said they had rashes and bumps after using their products. The complainants had one thing in common: They bought the product in the Los Angeles fashion district.

The packaging of the bogus products looks like the real deal, but the prices are way too low.

Police arrested the owners at six of the raided locations, and the other operations received cease-and-desist orders, according to CNN Affiliates KABC.