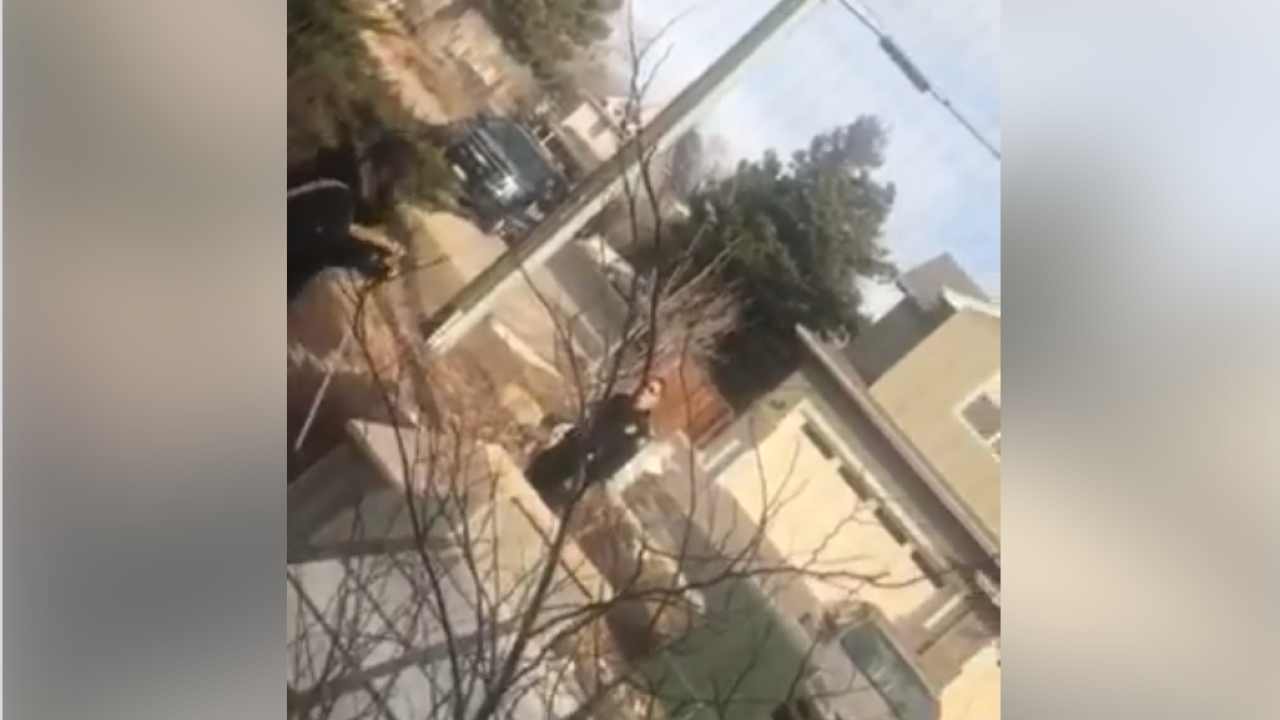 Police in Boulder, Colorado have launched an internal investigation in response to a viral video that shows officers drawing their weapons on a black man who claimed to be picking up trash on his own property.

According to the Boulder Police, an officer saw a black man sitting in a "partially enclosed patio area directly behind a 'Private Property' sign." At that point, the release claims the officer initiated the man to determine if "he was allowed to be on the property."

That's when a 16-minute video, posted to Facebook by a man named Vanardo Merchant, begins. It shows an officer with his hand on his hip speaking to a black man holding a bucket and garbage clamp.

"You're on my property, with a gun in your hand, threatening to shoot me because I'm picking up trash," the man can be heard yelling at an officer.

While video shows police with their hands on their hips, presumably near their firearms, it's unclear if an officer ever verbally threatened to shoot the man.

Merchant, who claims to have filmed the video, repeatedly tells the police officer to "go home."

Eventually, more officers arrive on the scene. According to Boulder Police, the officer had detained the man to "investigate further" and made a radio request for "additional assistance."

Officers repeatedly tell the man to drop what's in his hand.

"...I feel threatened. No, I will not sit down, I refuse to sit down until you guys put your (expletive) weapons away," the man can be heard saying.

About 10 minutes later, a third voice can be heard in the video, informing Merchant and the man that the officers are "getting ready to leave."

"You're angry, and it escalated. And it's likely you go profiled, OK? So we'll pick it up at a different time. Not here right now," someone can be heard saying on video.

It's unclear if that third voice is a police officer or a bystander.

A few moments later, an officer appears to either return the man's ID or hand him a business card, and police leave the scene.

According to a press release from the Boulder Police , the department began looking into the incident on Friday and launched an internal affairs investigation on Monday. After between a "60 and 90 day" investigation, police will submit a report to the Professional Standards Review Panel, which will provide a recommendation to the chief of police about how to proceed.