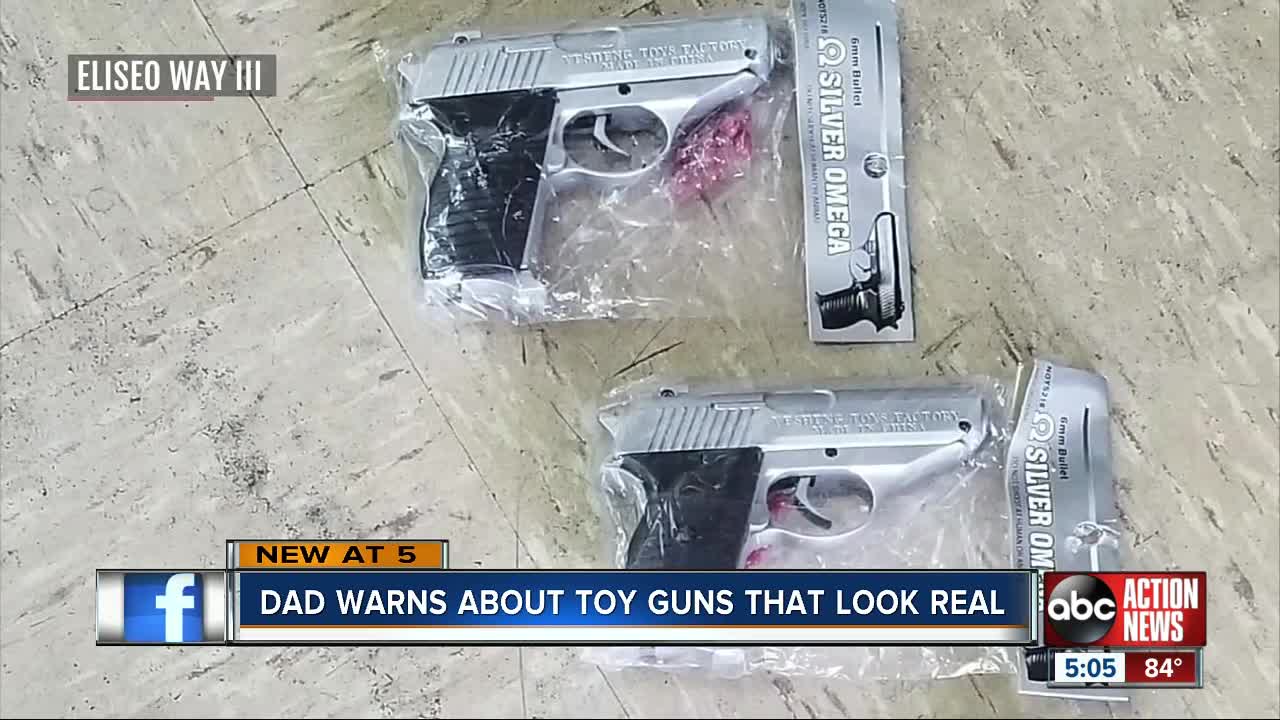 A Polk County father took the law into his own hands after he says he saw a neighbor kid playing with a gun. 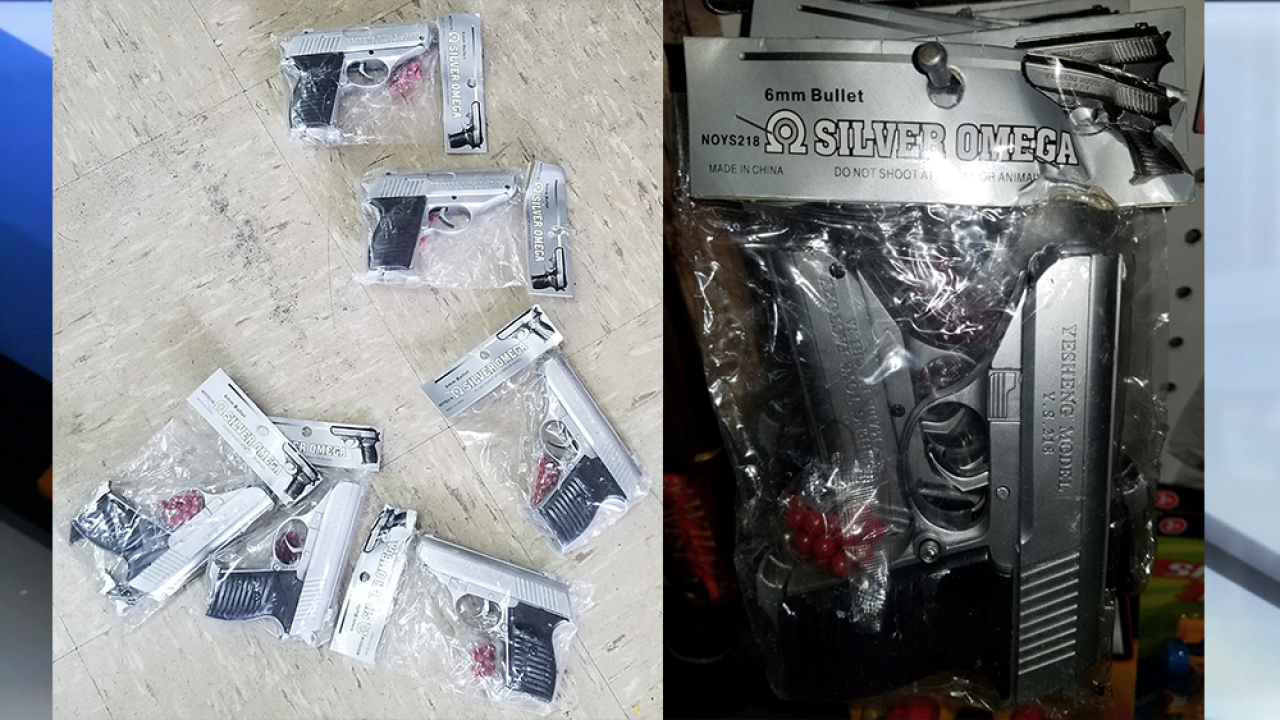 WINTER HAVEN, Fla. — A Florida father took the law into his own hands after he says he saw a neighbor kid playing with a gun.

It turns out the weapon was only a play gun. But from a distance, Eliseo Way III says you couldn’t tell the difference.

Seeing a play gun that looked so real caused Way to become concerned about what might happen in his neighborhood.

“It’s been detrimental in communities,” he said.

After some investigating, Way says he found out the play guns were being sold at a nearby gas station. When he went to the Citgo to check it out, he discovered two different types of metallic, plastic guns for sale.

That’s when the father says he took pictures of the toys and posted it on social media, citing the Tamir Rice case.

The Facebook post took off, with thousands of views and hundreds of comments. Most of those interacting with the post were also concerned about the toy guns looking so realistic.

“What if a kid has one of these in the back seat and they don’t know and they get pulled over?” Way said.

He went over different deadly scenarios with the store owner hoping to persuade him to take the guns off the shelves.

It worked. Muhammad Mia, the Citgo store owner, tells WFTS he not only took the toys off the shelf but will no longer sell toy guns that do not have an orange cap on the end.

“I don’t want anything to happen to anybody,” Mia said.

WFTS showed the pictures of the toys to the Polk County Sheriff's Office.

Polk County Sheriff Grady Judd says a situation involving a fake gun like this could prove to be deadly.

“If you brandish that in a threatening manner it would get you shot by a law enforcement officer,” Judd said. The sheriff said the guns looked extremely similar to real-life guns.

“It has every appearance of being a real gun,” he said.

That’s exactly why Way says he took action the way he did, saying he didn’t want a repeat of the Rice case in his own community.

In 2014, Tamir Rice, a 12-year-old boy from Ohio, was pulling out and pointing an airsoft replica. An officer subsequently shot and killed the boy, not realizing it was not a real gun. The replica was not marked with an orange cap. Courts justified the shooting since the gun appeared to be real even though it wasn’t.

Federal laws ban play guns from being sold that do not have orange caps, but according to the Polk County Sheriff, there is a loophole. Any play guns that are spring loaded and shoot pellets do not have to be identified with any kind of markings to signify it’s not an actual gun.

Way says he is glad he was able to educate the store owner on gun issues and hopes he might have saved someone’s life in the process.

“It’s not a best practice to play with these guns like that out here,” he said.

This story was originally published by Andrea Lyon on WFTS .