Photographer captures 'one in a million' yellow cardinal

A photographer in Alabama was able to capture the beauty of a rare yellow cardinal that is taking the internet by storm.

ALABASTER, Ala. — A photographer in Alabama was able to capture the beauty of a rare yellow cardinal that is taking the internet by storm.

Jeremy Black took the photograph of the rare yellow bird in Alabaster, Alabama.

According to Geoffrey Hill, a bird curator at Auburn University in Alabama, the bird is a rare male northern cardinal that has a "one in a million" genetic mutation that makes its red feathers turn yellow. Additionally, the mutation is so rare, that only one is seen each year in the United States. 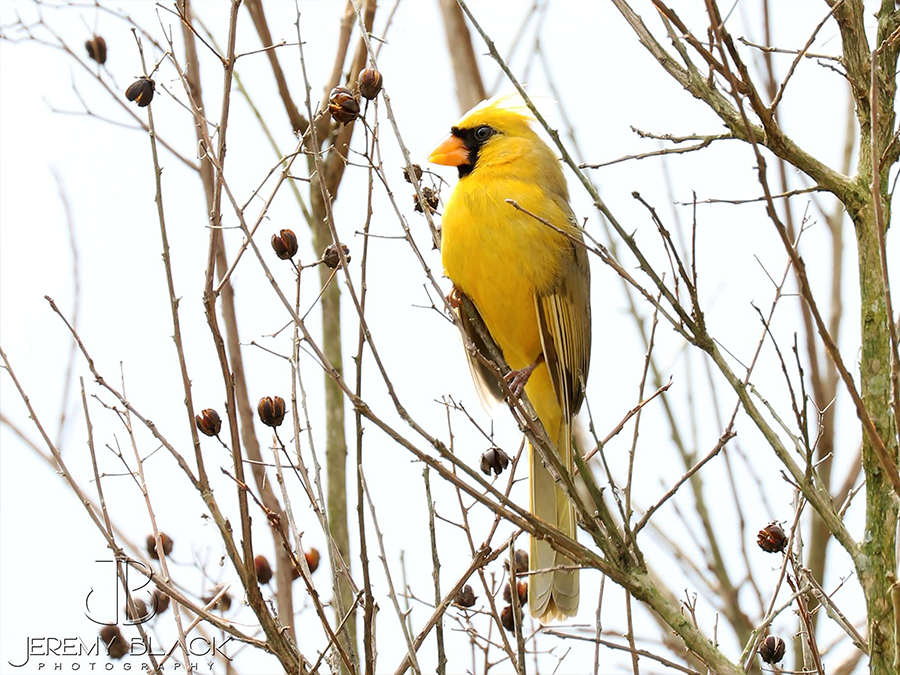 "This yellow cardinal displays a rare mutation causes the metabolic process to produce a different type of pigment than the typical red coloration," Black wrote on his Facebook page.

Black says that he was able to photograph the yellow cardinal after his friend, Charlie Stephenson, noticed the bird at her feeder in January.

According to National Geographic, on February 17, Black spent five hours in Stephenson's backyard with a camera in hand, hoping the beautiful bird would make a second appearance.

"As soon as it landed, I was starstruck," Black told National Geographic. "It kind of took my breath away a little bit."

Black's next goal is to capture a picture of a yellow cardinal and a red cardinal sitting on a branch together.