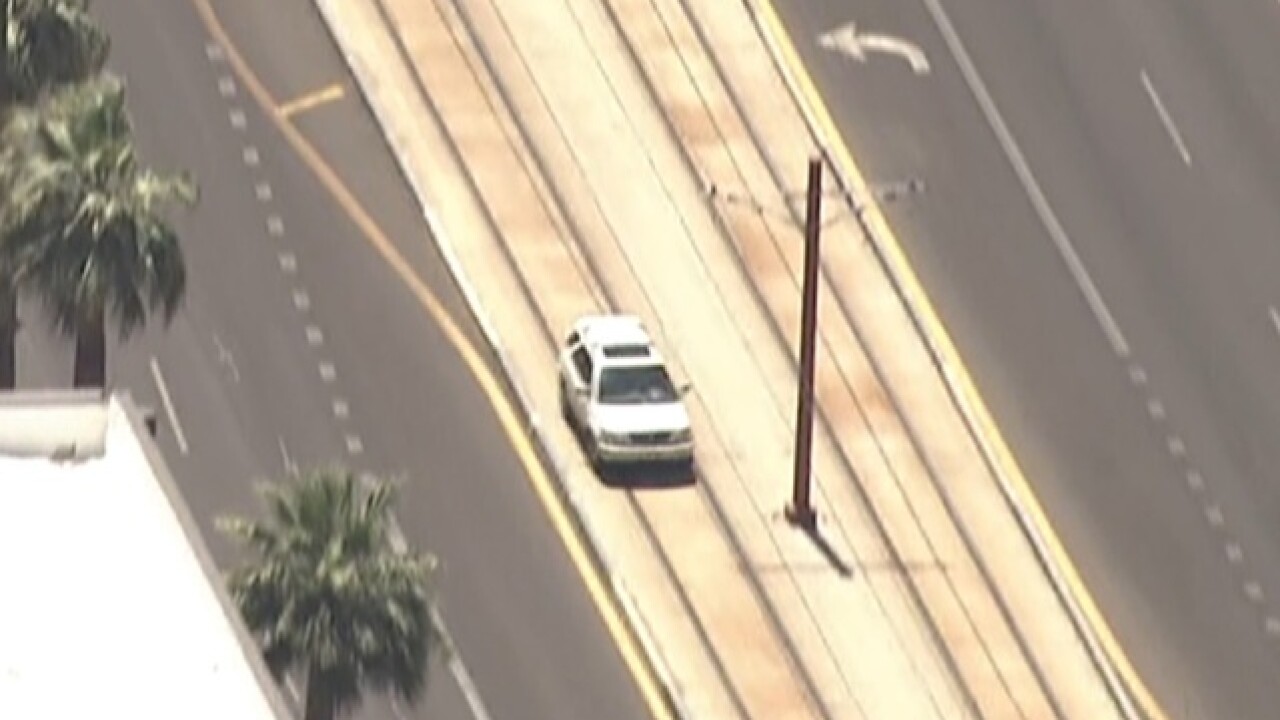 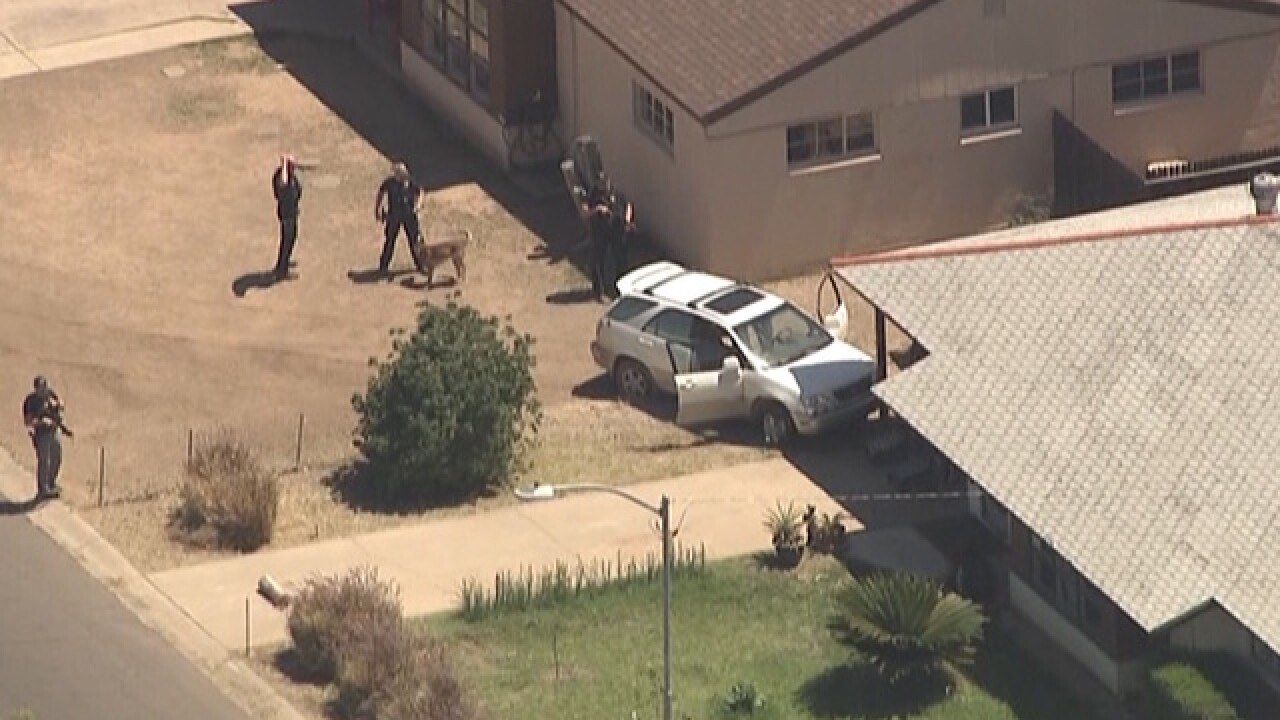 A high-speed police pursuit has ended in a Phoenix neighborhood as police continue to search the area for at least one suspect.

Police say they were following a possible stolen vehicle and attempted to pull the driver over Tuesday when the suspect refused to stop.

Helicopter video showed the white SUV in the Biltmore area around noon, going the wrong way in traffic and driving on light rail tracks near Central Avenue and Thomas Road to avoid stoplights.

Video from helicopter showed what appeared to be stop sticks deployed on the vehicle that caused a tire to blow near a neighborhood in west Phoenix.

The vehicle was then seen driving through multiple front yards and sidewalks around 12:30 p.m. The occupants of the car bailed in front of a home on foot.

Police say one woman, the passenger in the vehicle, was taken into custody. The male driver is still missing and believed to be hiding in the neighborhood.

Police say the male suspect is believed to be responsible for at least three carjackings. During one of the carjackings Tuesday, a Phoenix police officer tried to intervene and fired shots toward the suspect. It's unclear if the armed driver returned fire or if anyone was shot.

Multiple police vehicles and a police K-9 are working to take the suspect into custody in the area.