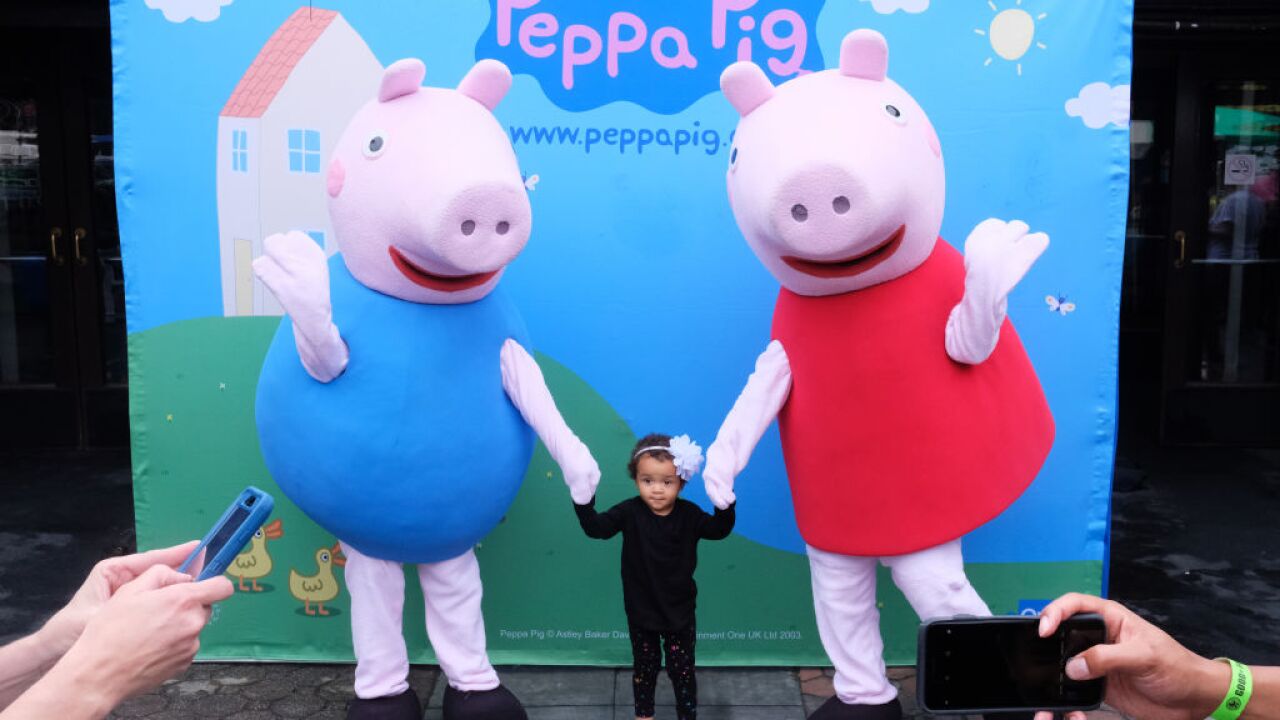 Peppa Pig, the perky little porcine beloved of preschoolers across the world, is at the center of a sexism row after London's fire service accused makers of the hit show of using "out of date stereotypical gender specific wording."

The blockbuster cartoon, which airs in more than 180 countries, has faced criticism after an episode called "The Fire Engine" referred to a firefighter as a fireman.

The London Fire Brigade (LFB) tweeted: "Come on @peppapig, we've not been firemen for 30 years. You have a huge influence on kids & using out of date stereotypical gender specific wording prevents young girls from becoming firefighters. Join our #Firefightingsexism campaign."

The fire service also criticized Fireman Sam, another character popular with British preschoolers, while praising the makers of Barbie for producing a fire-fighting doll. The model was issued in a series of career dolls to celebrate Barbie's 60th birthday, though the first Barbie firefighter went on sale in 1995.

The LFB tweeted: "Great to have another supporter in our #FirefightingSexism campaign. Welcome Barbie! She's coming to the rescue, helping girls & boys to imagine everything they can become by joining the Brigade, in our new gold kit too."

The fire brigade's tweets sparked a row, with one Twitter user posting a picture of a Peppa Pig story book that clearly features several female firefighters, including Mummy Pig.

TV presenter Piers Morgan waded in to the fray Monday, tweeting: "If women are being 'put off' joining the fire service because Fireman Sam - A CARTOON CHARACTER - supposedly 'perpetuates male stereotypes' then can I politely suggest these women probably don't have what it takes to fight fires."

Another Twitter user pointed out that Fireman Sam features a woman called Firefighter Penny Morris, to which the LFB responded by saying her involvement is "completely devalued" by the show's name.

The LFB says it currently employs 354 female firefighters -- 7.39% of its operational workforce.

According to government statistics, women represent around 5% of firefighters in England and Scotland and just 3% in Northern Ireland.

In a statement issued to CNN, a spokesman for the LFB said: "We need to challenge outdated language that our research is showing is stopping young girls and women from considering firefighting as a rewarding and professional career.

"It was widely reported that a four-year-old named Esme came home and said she couldn't be a firefighter because she was a girl. This shows that children's cartoons make a huge impression on young people and it's time for all media to treat us with respect and call us firefighters what we have been for the past 30 years."

Mattel, which produces Fireman Sam, issued the following statement to CNN: "We have enormous respect for all firefighters and the work that they do; we are committed to representing their work in the most appropriate way through our entertaining show for children.

"Fireman Sam is a much loved and iconic brand and we are constantly evolving to make sure that we stay true to the show's heritage as well as representing the world that children see around them today.