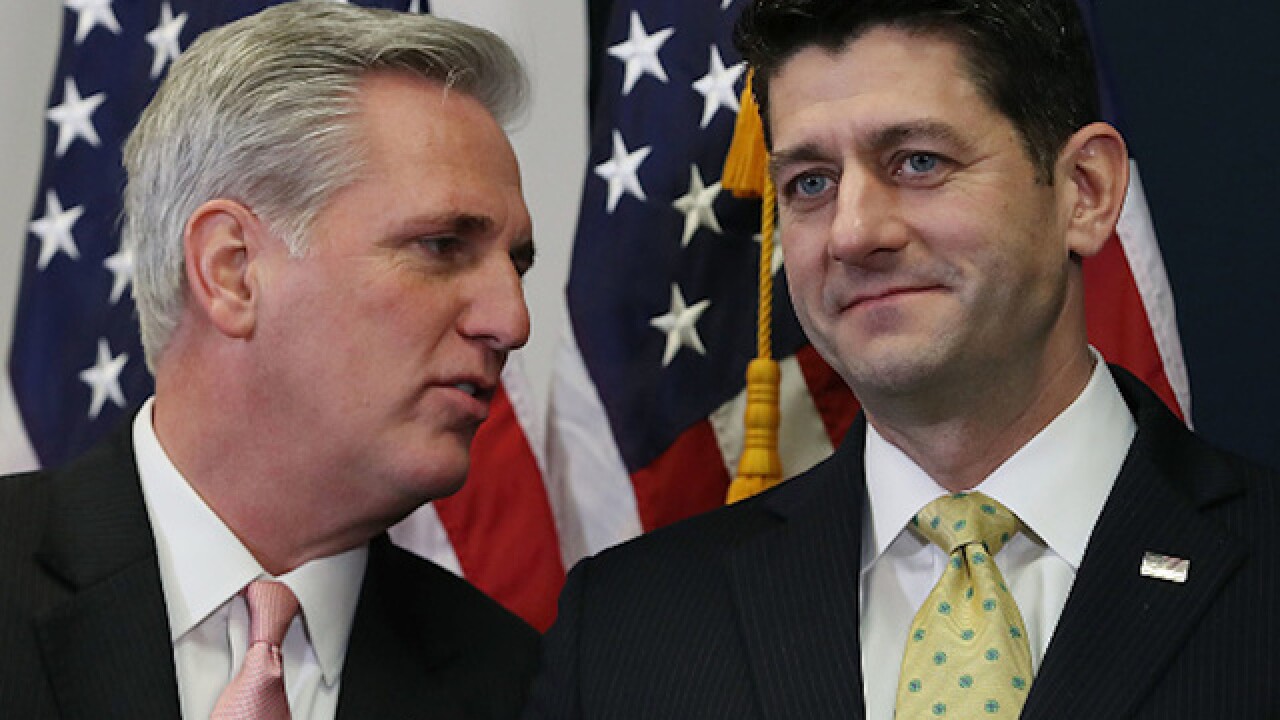 "I think we all believe that Kevin is the right person," the Wisconsin Republican said in an interview that aired Friday. "I think Kevin's the right guy to step up."

Ryan's support for the California congressman comes just days after Ryan announced he'd retire in January . Already, behind the scenes, the race for Speaker is unfolding. While Majority Whip Steve Scalise, of Louisiana, has said repeatedly he wouldn't challenge McCarthy in a head-to-head race, a leadership source told CNN earlier this week that Scalise's intention was to be ready if McCarthy couldn't garner the votes.

McCarthy's been up for the job before . When former House Speaker John Boehner resigned , all eyes were on the California Republican. But ultimately the majority leader couldn't build the consensus he needed to win the speaker's race.

Ryan said in his interview with NBC that a lot has changed since just a few years ago.

"What's changed is we have gotten a lot done," Ryan said. "This leadership team has come together and gelled, this conference has been unified, and we've actually moved the ball and gotten things done."

Ryan's endorsement for McCarthy is only the first word on the race, of course. McCarthy still has to win the support of the conference and endure a months-long race for the speaker's gavel. On Friday, Ohio Rep. Jim Jordan, a founding member of the House Freedom Caucus, told reporters he'd be interested in exploring a run for Speaker .

Still, Ryan argued he was envisioning this speaker's race would be "a more seamless transition" than the race in 2015 that led to members of the GOP conference having to draft Ryan after McCarthy stepped aside.

During the White House press briefing Friday afternoon, White House press secretary Sarah Sanders declined to formally announce who President Donald Trump would support, although she noted that Trump had a "great relationship with Kevin McCarthy."